A short American history: From Medicare to Obamacare to … Berniecare?

Sen. Bernie Sanders introduced his “Medicare for All” bill Wednesday, marking the latest chapter in a national conversation about the government’s role in health care.

Here’s a brief look back at the history of health care legislation, starting with the passage of Medicare and Medicaid, which were themselves the subject of long national debates.

Medicare and the Johnson era

On July 30, 1965, President Lyndon B. Johnson signed the Social Security Amendments of 1965 into law. The landmark legislation established the Medicare program, which provided hospital insurance and medical assistance to Americans over the age of 65. It also created the program that would come to be known as Medicaid, giving medical assistance to those deemed unable to afford insurance. It was a pivotal moment.

“No longer will older Americans be denied the healing miracle of modern medicine. No longer will illness crush and destroy the savings that they have so carefully put away over a lifetime so that they might enjoy dignity in their later years. No longer will young families see their own incomes, and their own hopes, eaten away simply because they are carrying out their deep moral obligations to their parents, and to their uncles, and their aunts,” Johnson said at the bill signing event in Independence, Missouri. 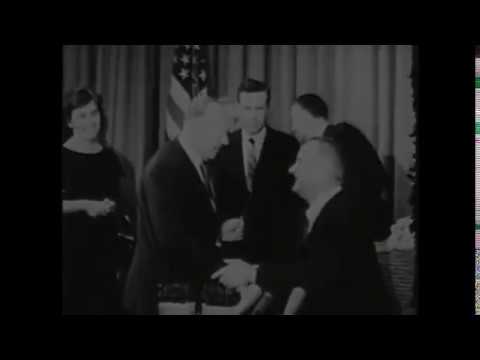 The passage of the legislation was far from easy.

“Until then there had only been unsuccessful efforts to create robust national health insurance programs,” said Julian Zelizer, a Princeton history professor and CNN contributor who wrote The Fierce Urgency of Now: Lyndon Johnson, Congress, and the Battle for the Great Society.

Presidents Franklin D. Roosevelt and Harry S. Truman had both pushed for forms of national health insurance and failed. President John F. Kennedy advocated for Medicare in 1962 and 1963, and Johnson took up the mantle following Kennedy’s assassination, Zelizer said. Advocates of the plans were faced with fierce opposition.

“Doctors mounted a fierce lobbying blitz against this bill unlike almost anything that has taken place until that time. Lobbying in local communities, threatening members of Congress that if it passed they would try to get them out of office,” Zelizer said. “The Southern Democrats who controlled all of the committees back then, they didn’t want this bill either. So it was a pretty brutal fight and it lasted many, many years. It took many tries until this finally happened.”

Inside Bernie Sanders' new 'Medicare for all' bill

The 1964 elections, however, saw a shifting political tide. Johnson was elected over Barry Goldwater, a Medicare opponent, and Democrats gained control of Congress. Arkansas Democrat Wilbur Mills, once a staunch opponent of the Medicare bill, switched his position.

“Once he flipped, the whole politics of the issue changed,” Zelizer noted. With these conditions in place, the bill passed 70-24 in the Senate and 307-116 in the House.

The impact of Medicare’s passage and implementation had profound effects, both for individuals at the time and on the future of health care legislation in the US.

“It was a watershed,” Zelizer said. “Most important, you had a national health insurance program where that had been politically impossible, now the idea that the federal government would play a big role in health care was the law of the land.”

“The program itself has major impact early on. Medicare, within a few years, is covering huge parts the population, many Americans come to expect Medicare benefits as a right and they don’t see this even as some kind of dramatic government program, it’s just part of the health care system. Doctors start to depend on it by the late ’60s, hospitals start to depend on this money,” he continued. “I’d say within five years it’s totally transformed both the role of government in health care, but even what health care meant for most people receiving the benefits.”

Failed attempt in the Clinton era

WASHINGTON: US President Bill Clinton talks to Dr. Elena Rios and other physicians that announced their support for his health reform package during a ceremony at the White House. Behind Clinton is First Lady Hillary Clinton on December 16.
PAUL J. RICHARDS/AFP/Getty Images

There were a number of efforts to expand federal health care in the subsequent years, perhaps the most notable of which was the so-called Clinton health care plan. President Bill Clinton drafted a task force, chaired by first lady Hillary Clinton, to develop a universal health care proposal shortly after his first inauguration in 1992.

In 1993, Hillary Clinton testified before the House Committee on Ways and Means and several other congressional committees on behalf of the proposal. That same year, the Health Security Act was introduced to Congress. However, their reform efforts faced vocal opposition and the legislation failed to come to a floor vote.

The legislation failed to come to a floor vote and Congress did not take further action on it past 1994.

Medicare expansion in the Bush era

In December 2003, President George W. Bush signed into law the largest of expansion of Medicare since its creation. The $400 billion Medicare Prescription Drug Modernization Act – “Medicare Part D” – aimed to help Medicare recipients afford their prescription drugs. The law granted billions in subsidies to insurance companies and health maintenance organizations, and it took the first step toward allowing private plans to compete with Medicare. It also allowed the importation of drugs from Canada if the FDA has approved the medications.

“Our nation has made a promise, a solemn promise, to America’s seniors,” Bush said at the bill signing. “We have pledged to help our citizens find affordable medical care in the later years of life.”

“These reforms are the act of a vibrant and compassionate government,” Bush said.

Critics of the bill said it forced seniors into high-priced plans at the benefit of insurance and drug companies. It passed the Senate 54-44 in November 2003 – 11 Democrats voted in favor of the legislation and nine Republicans voted against.

The next successful effort, therefore, was the passage of the Patient Protection and Affordable Care Act – also known as the Affordable Care Act or Obamacare – in 2010. It required that Americans either obtain insurance or pay a fine, included subsidies to help people pay for insurance and greatly expanded Medicaid in most states. It also put new rules in place to keep insurance companies from discriminating against people based on pre-existing conditions and required them to offer certain essential benefits. It did not, however, despite fierce lobbying from some Democrats, include a public health insurance option for those not eligible for Medicare or Medicaid. Health care reform was a key theme of the 2008 election. President Barack Obama declared a need to reform health care in his first address to a joint session of Congress in February 2009.

“We can no longer afford to put health care reform on hold,” he said. “I suffer no illusions that this will be an easy process. It will be hard. But I also know that nearly a century after Teddy Roosevelt first called for reform, the cost of our health care has weighed down our economy and the conscience of our nation long enough. So let there be no doubt: health care reform cannot wait, it must not wait, and it will not wait another year.”

Congressional proponents of the Obamacare legislation faced heckling and strong opposition from conservatives and members of the newly formed Tea Party movement in their home districts.

After months of contentious legislative back and forth, the bill passed the Senate 60-39 in December 2009 and the House in March 2010 with support only from Democrats. The Senate used reconciliation to pass the House’s changes after losing their super majority following Democratic Sen. Ted Kennedy’s death and the election of Republican Sen. Scott Brown to his seat.

Obama signed the bill into law in March 2010.

The ACA remains in effect following a Supreme Court challenge against the individual mandate portion of the bill and failed Republican repeal and replace efforts earlier this year.

Sanders’ introduction of his bill today follows a previous effort in 2013. He was alone in his attempt then, but now has nearly a third of the Senate Democratic caucus backing him – including a number of 2020 prospects.

While most Democrats work toward an even more liberal health care system like the one supported by Sanders, most Republicans continue to work toward repealing the ACA.

Although Sanders’ measure will certainly fail in the Republican-controlled Senate, Zelizer noted that historical precedents could someday work in favor of a single-payer health care system.

“I think the Medicare and Medicaid stories show that programs start as incredibly controversial and are seen as way off the political spectrum of what’s possible can actually become very familiar to people and they could become the law of the land,” he said.