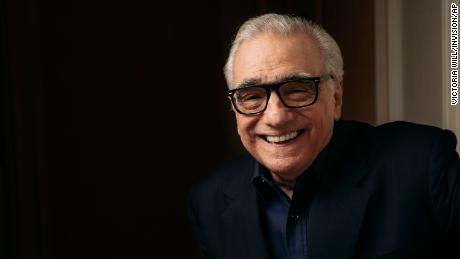 (CNN)Through the night, for many nights, Martin Scorsese sat ensconced in an edit suite. It was 1981 and the director was in post-production for "The King of Comedy," his dark satire of the stand-up circuit.

As he worked, a TV in the background pulsed with the sounds of Nass El Ghiwane, a Moroccan band and the subject of "Trances," a concert movie by Ahmed El Maanouni. Over and over, night after night, the same channel repeated its broadcast, the film's hypnotic rhythms seeping into the New Yorker's soul.
"It's been an obsession of mine," Scorsese has said. In the years since, he hunted down the band's music, heaped praise on El Maanouni and in 2007 orchestrated a full restoration of the film.
Scorsese is part of a generation that includes George Lucas and Francis Ford Coppola: titans of Hollywood who gorged on a diet of foreign cinema. Its influence is telling. Just as the samurai films of Akira Kurosawa filtered down into "Star Wars," Ingmar Bergman's picaresque narratives find a companion in "Apocalypse Now." For Scorsese, African cinema comprised part of his vernacular.
'The Wound' breaks taboos and ignites debate in South Africa
"Trances" was an inspiration behind 1988's "The Last Temptation of Christ," and elsewhere the director has described the "incredible impact" of "La Noire De..." ("Black Girl," 1966) by Ousmane Sembene. First watched in 1969, the Senegalese movie "was unlike anything that I'd ever seen," he recalled. "It was like a door had opened in the West and it was the first time we could feel a truly African voice in the cinema."
Read More
Scorsese took note, but not many heard this African voice, or its contemporaries -- particularly in Africa itself. Part of the problem is distribution, another is politics, say advocates. The result is a generation of cinematic giants left in slumber, and vital pieces of cultural heritage missing.
Now, an international effort including Scorsese is aiming to revive these figures -- and revise what we thought we knew about African cinema.

Lost, missing or hidden away

Scorsese established The Film Foundation in 1990, a nonprofit dedicated to preserving and protecting historic cinema. A decade ago it launched the World Cinema Project, focusing on films outside the Western canon. It was around then that Scorsese took a trip to West Africa.
"In 2007, I visited my friend (the director) Souleymane Cisse in Mali," he told CNN. "Our discussions during that trip highlighted for me the urgent need to preserve African films, many of which are not known or even available, leaving a chasm in our understanding of world cinema."
The project has sought to fill this chasm, but so far African films remain outliers. Of over 750 restorations overseen by the foundation, only seven were from the continent at the beginning of 2017. That dynamic is changing, however.
<img class="media__image media__image--responsive media__image--cut-format" alt="Want to delve in to African cinema, but don&#39;t know where to start? Aboubakar Sanogo, film scholar and regional secretary of the Pan African Federation of Filmmakers, is here to help. Here he introduces six gems restored by The Film Foundation...&lt;br /&gt;&lt;br /&gt;&lt;strong&gt;&quot;La Noire De...&quot; (&quot;Black Girl,&quot; 1966), dir. Ousmane Sembene&lt;/strong&gt;&lt;br /&gt;The arrival of &quot;Black Girl&quot; no