Slow play has long been a curse of golf but not when Steve Jeffs is about.

The Briton is the new world record holder for the “fastest hole of golf” after completing a 500-yard par-five hole in just one minute and 50.6 seconds. 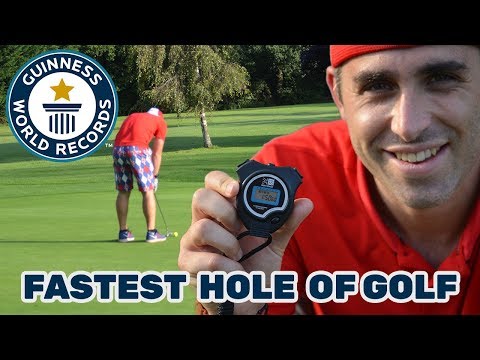 His time betters a mark of one minute 52 seconds set by fellow Brit Phil Naylor back in 2005.

“I probably spent four months working on my sprinting,” Jeffs told CNN. “When I first tried (to break the record) I got quite close and thought it would be easy.”

The rule for the record attempt, according to Guinness World Records, is that the hole must be at least 500 yards long. The clock begins the moment the ball is first struck and stops when it drops into the hole. The golfer can ride in a cart, but must finish the hole with as many clubs as they started with.

Jeffs chose to sprint between shots instead of riding, but on the day of the record attempt he almost ran out of puff.

“I only had three attempts,” he explains. “My first two failed because I went out a bit too hard.”

The nine handicapper had just enough in the tank for one final attempt, taking three shots to get onto the green before stopping the clock with the simplest of tap-ins after his first putt rolled up millimeters short of the cup.

As the news sunk in Jeffs dropped to his knees in joyful exhaustion before being swamped by well-wishers including his wife Kelly who had been holding the flag. 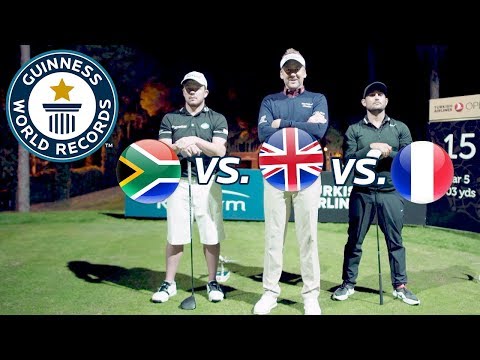 Jeffs is an enthusiastic promoter of speed golf – a fast-paced version of the game where players complete 18 holes in about 80-90 minutes.

The father of two is hopeful his new record-breaking feat will inspire his daughters and encourage more people to take up the sport.

“I feel like speed golf can improve people’s golf and also keep them fit and healthy,” he said.

“I want to have a legacy for my daughters and I also want to people to recognise British SpeedGolf. The sport is growing and growing and there are plenty of fit golfers who can get involved.”