Mario Tobia, 62, has progressively lost his sight over 25 years

In golf, with the help of his coach, he has found salvation

Now a national champion, he credits the sport with saving his life

You approach the tee, select your club, adjust your hands, align your feet and visualize your swing.

It’s a routine practiced by millions of golfers around the world. Now imagine doing it with your eyes closed. All the time.

That’s what it’s like for Mario Tobia, a four-time American blind golf champion redefining what’s possible on the course.

“When I first lost my vision it was pretty traumatic,” Tobia tells CNN Sport. “I had to stop working and things like that.

“Now I actually tell people that golf saved my life.”

Mario Tobia (c) and coach Frank Hesson are proving "you don't have to see it to tee it."
CNN

Typically scoring in the high 90s and low 100s in a casual round, the New Jersey native has shot as low as 86.

But, of course, he doesn’t do it all alone.

Enter Frank Hesson, a golf coach with a difference.

“I’m Mario’s guide,” says Hesson. “Usually we’ll get out to a golf course, go through a warm up program, just like anyone else would.

“Mario knows through his own practice how far he hits the ball with each of his golf clubs. Basically, he relies on me to give him some lie conditions.

“When he’s ready, I grab the club and set it physically behind the golf ball. I tell him to open or close the club face, depending on whether it’s lined up correctly.

“And then he says ‘good?’ and I say ‘good!’ and he goes off and takes the shot just like everybody else.” 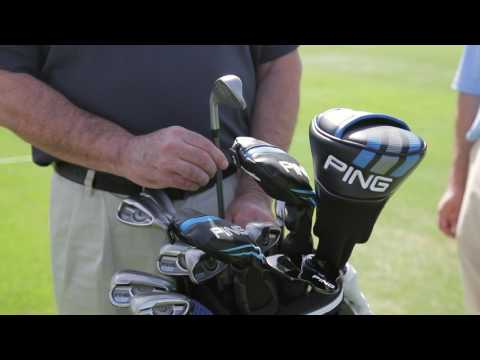 It’s moments like that which provide Tobia temporary escapism from his blindness – brought on over the course of 25 years with a degenerative condition called Retinitis Pigmentosa.

“Blind golf gave me a goal and something I wanted to accomplish,” he says. “With the help of my kids I started improving my game and, as time went on, I started seeking professional assistance with coaches like Frank.

“It’s really changed my life and given me something to look forward to.”

While Tobia might not be able to gaze up at the trajectory of his ball, or watch as it rolls into the cup, the satisfaction of a sweetly-struck shot is a feeling shared by both player and coach.

“Wherever his ball lands, it’s my job to visualize that,” Hesson explains. “Some of the other players and other coaches look at us with their mouths wide open, but it’s just something that he and I do together and both enjoy doing

“And it kind of crosses the Ts and dots the Is for us on the putting green.”

Video Ad Feedback
A look at an incredible year for US golf
05:16 - Source: CNN

“Putting has always been a strength of mine, and I’ve retained that, even through losing my sight,” says Tobia.

“Of course, I rely heavily on Frank now for the direction, and he takes care of the breaks and speed. But if we call it a 10-step putt, I know exactly how hard I have to swing for the ball to go 10 steps.

“Frank will make an adjustment and, if the green is a little downhill, he’ll say ‘putt it nine steps.’ I’ve really got to trust that when I swing, the ball will be there. It’s all about muscle memory.”

Technology has also come to Tobia’s assistance in the form of the K-Vest, a wearable device that provides provide real-time audio and visual feedback on the golfer’s posture and swing.

Training through feel, Tobia can work on his game from the comfort of his own home. 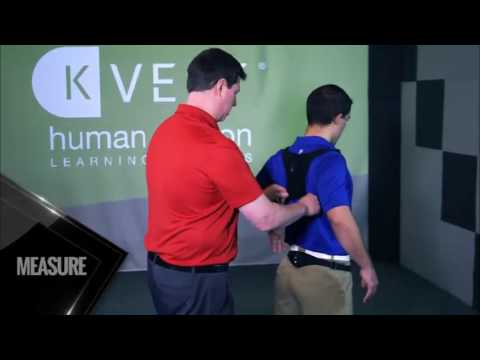 “The learning curve is so much quicker,” he explains. “One of the biggest problems I have is Frank and I will work on something but then I won’t see him for a week or so.

“I have a net in my backyard and a platform in front of it, all lined up. But when I practice there, I have no feedback from Frank, so before it wasn’t uncommon for me to be out of sync with the motion all wrong by the time we next meet up.

“Now I get that feedback in real time. I could be in Pennsylvania and he could be in South Jersey, and we can still be communicating and doing the work.”

READ: The doctor transforming elite athletes with her all-seeing eye

The duo can cause quite the stir among the unacquainted out on the fairways and greens.

Tobia recounts a particular round where he played with the aid of his son, Matt.

Defying his condition even more markedly than usual, the blind golfer made par or bogey on almost every hole, “going around pretty quick.”

All of a sudden, after hitting something of a rough patch, Tobia became aware of some commotion between his son and the group behind them on the course.

“The guy behind us was saying we were taking too much time,” Tobia recalls. “It had been the first hole we’d actually played slow. I said, ‘let’s go back there and I can explain what’s going on.’

“All of a sudden he realizes what has been going on. He was seeing my son lining me up for every shot, walking the steps with me and presuming I was having lessons out on the course.

“He had no idea I was blind … sometimes people just don’t know.”

Such stories are testament to the levels Tobia and Hesson have been able to achieve, proving “you don’t have to see it to tee it,” as the The United States Blind Golf Association motto proclaims.

Having finished fourth in the world two years ago in Japan, they’re now eying up top spot at the upcoming Blind Golf World Championships in Rome.

“I was born in Italy and I have a lot of family there, so that’s my goal,” says Tobia. “What a great honor it would be to win my first World Championship in the place of my birth.”

What a great journey it has already been for the 62-year-old, who could have quite easily walked away from sport forever when he first received his diagnosis.

Looking back now, what would Tobia say to others around the world that are facing similar afflictions?

“For me, that’s the best advice I can give to somebody. Don’t succumb to blindness, stay home and pity yourself.

“Put yourself out there and just see what happens. Good things will happen. I’ve met a lot of great people, including Frank who I probably wouldn’t have met.

“I wouldn’t have played at these international tournaments had I not lost my sight. It’s been wonderful.”