When internet trolls told this record-breaking teen explorer to ‘make a sandwich,’ she did just that

She’s only 16 but, Jade Hameister has accomplished way more than people twice her age.

But there are always those who’d rather focus on her appearance than her achievements.

So when she skied to the South Pole earlier this month and became the youngest person to ever pull off the Polar Hat Trick, she delivered a delightfully snarky message to those internet haters:

She posted a photo of her holding a plate with a ham and cheese sandwich.

Her post was a reaction to the reaction she received after a TEDx talk she delivered a couple of years ago. The point of the talk was to encourage young girls to reach for their dreams.

“What if the focus shifted from how we appear, to the possibilities of what we can do?” she asked.

My journey to the North Pole and beyond | Jade Hameister | TEDxMelbourne 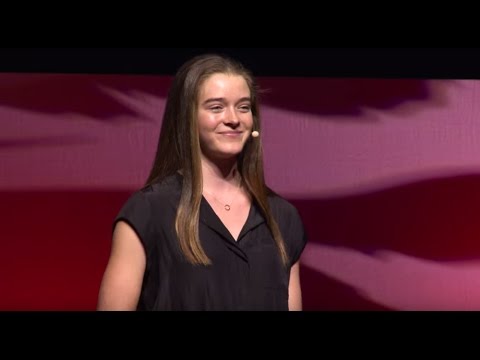 But when the talk was posted on YouTube, there were several responses that said “make me a sandwich,” the catchphrase internet trolls use to demean women.

The idea of taking a sandwich to the pole was a joke throughout the trip, she said. But she didn’t decide to follow through with it until the last minute.

“The camp we were staying at was less than a (kilometer) away from the actual pole, so we were like, ‘Let’s just do it,’” Jade told CNN.

So far, her response has been well-received.

“There’s been a lot of comments on it, which I didn’t really expect, but I guess it’s just kind of funny,” she says.

Hameister was accompanied on the 37-day journey by her father, her guide Eric Philips and a two-person camera team from National Geographic, which will release a documentary about the experience later this year.

Pulling her own 220-pound sled for 373 miles, she arrived at her final destination without assistance.

The trip concluded a three-part odyssey that Hameister started in April 2016.

That year, she traversed 62 miles from 88 degrees to the North Pole, breaking the record for the youngest person to cross the distance from outside the last degree. Thirteen months later, she made history as the youngest woman to ski unassisted across the Greenland icecap.

Thanks to her final expedition to the South Pole, she is also the first woman to travel a new route through the Kansas Glacier off the coast of Antarctica. Hameister finished her trek as the youngest person to complete the Polar Hat Trick.

So what’s next for the young explorer?

Before she goes back to school, she’s home in Melbourne enjoying the remainder of her summer.