The Warriors, who are in Washington to play to Wizards on Wednesday, visited the museum with a group of young students.

Steph Curry said in an Instagram story video, “we’re here checking out our history and culture.”

“The White House is a great honor, but there are other circumstances that we felt not comfortable going,” the Warriors Klay Thompson told the New York Post. “We’re not going to politicize anything. We’re just going to go hang out with some kids and take them to the African-American Museum and teach them things we learned along the way, life lessons and hopefully give them some great memories.”

A month after white supremacists marched in Charlottesville, Virginia, in 2017, Curry said he didn’t want to visit the White House because he and his team “don’t stand for” the things Trump said. “By acting and not going, hopefully that will inspire some chage when it comes to what we tolerate in this country and what is accepted and what we turn a blind eye to,” Curry said. 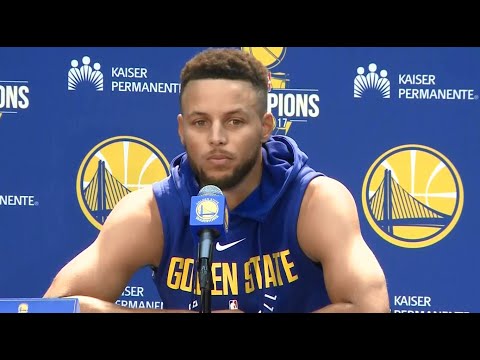 Trump responded by tweeting that their invitation was withdrawn.