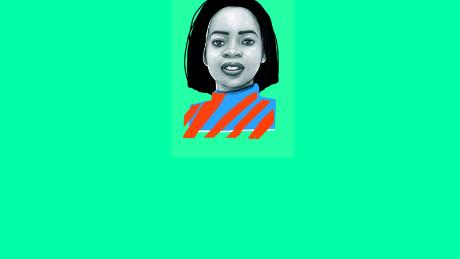 Memory Banda: Give girls choices, not lives already decided for them

Memory is a 22-year-old activist, advocating for girl's education and against child marriage. The opinions in this article belong to the author.
Growing up in Malawi, one of the world's least-developed countries, exposes young girls to a number of risks -- some of which are life-threatening.
Despite the fact that there are so many people advocating for gender equality, women and girls still do not have much choice when it comes to taking control of their own lives. This often comes down to cultural traditions that seem at times impossible to overcome.
I have witnessed many injustices against women and girls in my country. It is so sad to see girls in life-threatening situations when they are so young, preventing them from exploring opportunities that would give them a completely different life.
When I was a little girl, I used to see my relatives, friends and schoolmates going through a rite of passage to adulthood. We all grew up knowing we would have to go through this at some point ourselves -- whether we understood what was happening to us or not. After all, we did not have a choice. It was something that the community expected of us.
Read More
In Malawi, there are numerous traditions that girls must go through as they approach adulthood. Girls as young as 10 are expected to go to "chinamwali" -- a camp where they are taught how to sexually please a man.

"Despite the fact that there are so many people advocating for gender equality, women and girls still do not have much choice when it comes to taking control of their own lives."

This is a tradition not only in my country, but in other African countries too.
In the most extreme cases, a man who has been hired by the community comes and sleeps with the girls at the camp to prove that they have been well trained. As soon the girls return from the camp, most of them will be forced into a marriage.
In other traditions, some girls are given away as young as nine for marriage. They will long have been aware that once they reach puberty, there will be a man who their parents have already promised their child to.
These girls grow up with all of the most important decisions about their lives already made for them. So it is not surprising that so many girls drop out of school once they reach puberty.
And If girls are never taught at a young age that they can be leaders, it shouldn't surprise anyone that we have so f