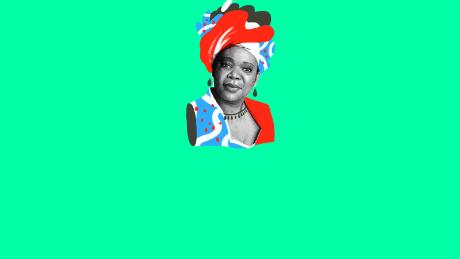 Leymah Gbowee: The people have awoken, we need to make the most of this moment

Editor's Note: Leymah Gbowee is a Liberian activist. In 2011 she received the Nobel Peace Prize. The opinions in this article belong to the author.
Earlier this year, my daughter Pudu attended the second Women's March in Los Angeles. She later sent me an email saying that she felt excited to be part of the march.
The protesters' signs used humor and anger to counter the policies of the US administration. She looked out over a sea of people wearing pink "pussyhats" as they listened to speeches about the harm being done by current political and social systems.
But she left the Women's March with a big question: what is this for?
Read More
She wondered what our traffic jams, road closures and rousing speeches achieved since, once we put the signs away, we still live in a sexist, patriarchal world. A world where undocumented children risk deportation, where the poorest members of society are denied basic rights and where the color of your skin can make you a target for violence.
Knowing my history of bringing women together to create change, she asked me if we march only to hear ourselves chant -- because she sees little evidence of the protests creating change.
I believe it takes a village to raise children, so I asked my good friend and American feminist Abigail Disney to share her reflections with my daughter.
Even in the face of Donald Trump's election, Abby has faith in the American people's ability to change society for the better. She shared how the election prompted many people to try to understand what their personal responsibilities are.

"We need to make the most of this moment, where it feels like a lot of people have awoken from a deep, apathetic slumber."

Abby encouraged my daughter not to be disheartened if the world looks bleak. In Abby's words: "Don't ever forget that almost every time history has taken a great leap forward, it has looked worse than ever. I will never forget when the Berlin Wall fell. It had never felt less likely. And there it was -- without a shot fired -- just crumbling."
Reflecting on our joint feminist activism, Abby told Pudu that real change is slow, it is hard and it takes a lifetime of work. She emphasized the need for solidarity, and the importance of encouraging the newer protesters to keep organizing marches, writing petitions and running for office. We need to make the most of this moment, where it feels like a lot of people have awoken from a deep, apathetic slumber.
Abby and I both agree that anger can be an incredible motivator, but you cannot let go of optimism, or your anger will start to control you. I believe that huge gains have been made, and when we take a generational view, we can see how much has changed.
When my mother was a young woman in Liberia, she had five daughters. At the time, this was considered a curse because she didn't have a son. In fact, my name, Leymah, means: "What is it about me?" because my mother was hoping to conceive a boy.
Turn to my generation. I am the proud mother of eight children. My mother and grandmother taught me to be independent and