A new purported military video of an unidentified aircraft has been made public, following the Pentagon’s acknowledgment last year that it had shelved an initiative devoted to identifying unknown objects in aerospace.

To The Stars Academy of Arts and Science – an organization leading on the issue that includes a former head of the now-defunct Pentagon program and was co-founded by former Blink182 musician Tom DeLonge – released the video titled “GO FAST” on Friday.

The group said it is Defense Department footage from an F/A-18 Super Hornet’s video of the “high-speed flight of an unidentified aircraft.”

The Pentagon declined to comment about the footage to CNN, and To The Stars Academy said multiple government organizations reviewed the video for release, and that anyone could obtain the video using a Freedom of Information Act request. 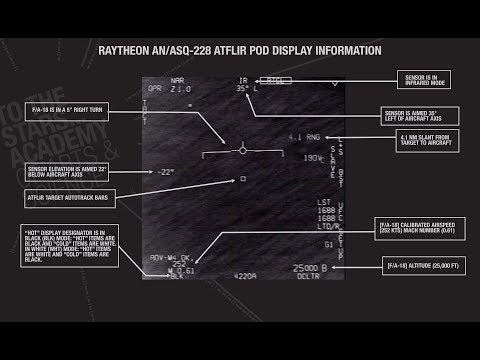 Luis Elizondo, the former head of the Advanced Aerospace Threat Identification Program who now works at To The Stars Academy, told CNN on Monday that the newly released video provides further evidence of what he said is likely a much larger cache of Pentagon materials about unidentified aerial phenomena and underscored the need for a public conversation around the issue.

“These are just three videos now that have come out that everybody’s looking at,” Elizondo said. “But there is far more compelling evidence that I was privy to that – you know, I think you’re looking at the tip of the iceberg.”

Elizondo said the organization obtained the video through “reporting channels,” but declined to get into detail about the group’s “sources and methods.” He said they followed the “proper process” to get the video and that “the Department of Defense approved the release.”

In an acknowledgment of the program last year, the Pentagon said the initiative ended in 2012, and former Senate Majority Leader Harry Reid told the Times its funding came from “black money” – meaning appropriations for covert programs.

“It was determined that there were other, higher priority issues that merited funding, and it was in the best interest of the DoD to make a change,” Pentagon spokesman Tom Crosson told CNN at the time.

CNN Safety Analyst David Soucie, who has worked in civilian aviation agencies, said he was taken aback in particular by the lack of heat indicated in the video by the object and bemoaned the project’s reported ending.

“There is literally no explanation for this in my mind,” Soucie said.

On Monday, Elizondo also noted “eerie similarities” between the new video and the ones released last year, including the location in US airspace, the presence of US Navy pilots, the “Tic Tac” shape of the object and other signatures he said the videos shared in common.

Elizondo said he did not believe the object was necessarily “a little green space alien,” but that they couldn’t rule anything out, and that even if the object is simply a foreign aircraft, that alone should be alarming.

“It could be anything, so I wouldn’t rule anything out, and that’s why I think we need to look at it,” Elizondo said. “I mean it could be Russian. It could be Chinese. It could be little green men from Mars. We don’t know what the hell it is.”