Move over, ‘sit still’! Why kids need to move in school

More teachers are incorporating movement into the school day

A few years ago, when my girls were in the second and third grades, they raved about the dance breaks they would occasionally have during the school day.

Their teachers would put on a video, which encouraged the kids to get up and dance, and then they’d get back to work.

“What a brilliant idea,” I remember thinking at the time.

My kids’ teachers were certainly not alone. More teachers are incorporating some form of movement into the school day, especially as the research is pretty clear: Physical activity in school leads to better cognitive performance and fewer behavioral issues, not to mention cutting down on stress and anxiety.

Groups such as the National Association of Physical Literacy tout the importance of teaching kids to move while they’re young so that they will make movement part of their lives when they grow up.

How much exercise your kid needs, based on the latest research

It all seems like a no-brainer, especially as research shows that childhood obesity seems to be getting worse. As former first lady Michelle Obama advocated, let’s get our kids to move.

The challenge, though, is persuading school administrations to consistently make time for physical activity when they are pressed to meet stringent academic requirements and find the money to pay for some of the training.

Just as our schools teach math literacy and reading literacy, they can teach physical literacy, teaching children the basics of movement so that they can stay active for life, said Susan Kamin, chief wellness officer for the National Association of Physical Literacy.

The for-profit association provides in-person and online training to teachers and communities and provides “BrainErgizer” videos, five-minute movement videos developed in conjunction with the University of Connecticut based on research on what stimulates the brain. 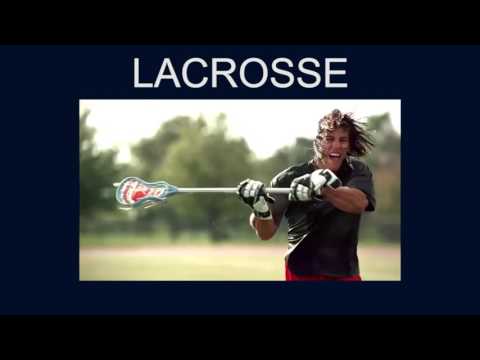 Dr. John Ratey, an associate clinical professor of psychiatry at Harvard Medical School, says activity breaks during the school day create better learners because of the impact of movement on the brain.

“When you move, you stimulate all the nerve cells that we use to think with, and when you stimulate those nerve cells, it gets them ready to do stuff,” said Ratey, an expert in neuropsychiatry and author of “Spark: The Revolutionary New Science of Exercise and the Brain” who has spent the past 30 years focusing on the “attention systems” of the brain.

“When you exercise, you turn on the attention systems, so that means you’re (paying) better attention, you’re able to deal with more frustration, you’re able to stay with it longer,” he said. “You’re able to manipulate information by turning … on the front part of our brain to make it work better, and that’s really key and important in terms of taking in information as well as performing with it.”

Students at Marblehead High School in Massachusetts meditate in a new Zen Room at the school.
Violaine Gueritault

Calming the teenage mind in the classroom

The study, published in the journal Pediatrics, involved more than 10,000 children between the ages of 4 and 13. It found that physical activity, especially physical education, improves behavior in classrooms and is a boost to academic achievement, especially math-related skills and reading.

Breakthrough Magnet School, South, a pre-K through eighth-grade school in Hartford, Connecticut, is in its third year working with the National Association of Physical Literacy. The school had valued movement and mindfulness before, but since the partnership, the school has received additional training and is making physical literacy a key part of the classroom experience, Principal Julie Goldstein said.

“I think it really validates a lot of what teachers know: that students need movement, they need planned opportunities for movement and that it can be done in a pretty short, simple way throughout the day and that the benefits of it outweigh the little bit of planning that is necessary in the beginning to kind of get that structured,” Goldstein said.

Her third- and fourth-graders who are actively engaged in physical literacy are the highest-scoring students in math and literacy within the district, she said. Beyond the benefits academically, there are benefits outside the classroom. For this school year, not one student from this group has been referred to her office for a conversation with the principal. Before they started doing physical literacy, she might have had one or two office referrals every month, she said.

“This particular grade level is at the highest risk for misunderstandings, disagreements and even injuries at recess time, and we’ve had none, so the impact that it is has goes far beyond just the academic and the behaviors in the classroom,” she said. “Even during the unstructured times, they’re better able to manage themselves, to play independently and to do that in a way so that the recess time actually serves them the way it’s intended to, which is to give them time to play and have fun.”

Using screens to get kids moving

Four out of five elementary schools in the United States are using videos from the education company GoNoodle to promote physical activity in the classroom, the company says.

The concept is simple: Today’s kids have grown up with screens, so GoNoodle tries to use entertaining videos, often about two minutes in length, that will get kids to move around and then either get back to their schoolwork or go off and play with friends.

The Llama Song | Songs For Kids | Dance Along | GoNoodle 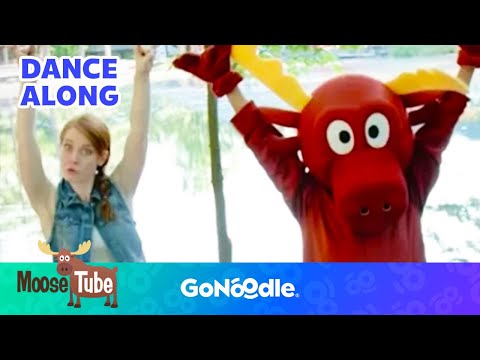 KC Estenson is the chief executive officer of GoNoodle, a for-profit company that makes money through relationships with partners who believe in the company’s mission. (The videos are free for schools and parents, although teachers can pay for GoNoodle+, which for $10 a month gives them access to additional videos, games and classroom resources.)

Estenson – who is the former head of CNN Digital – is a father of three who, like most parents, has struggled with how much time his kids, ages 8, 12 and 14, spend on screens during the day.

“GoNoodle gets kids to move. It gets them to be active,” Estenson said. “The entire purpose of this is a whole new interaction form with the screen, which is active engagement versus passive engagement, and most television and most of what’s happening with the technology now of all ages is passive, binge viewing, hours spent just watching the screen and doing nothing else.”

Help! 11 tips to get kids to eat healthy

The key, he said, is making entertaining content that children (the target group is ages 5 to 12, grades K-6) will enjoy so much that they’ll want to get up and dance or do yoga or even some form of meditation and mindfulness.

“And so starting from the earliest age … we’re putting positive associations between the right things that are available to them on these screens and hopefully giving them an awesome alternative to the junk food that’s out there,” said Estenson.

‘It really validates … what teachers know’

Active Schools, which was founded as part of Obama’s Let’s Move initiative, is a national movement, partnering with nonprofits and for profits to try to make physical education and physical activity a bigger part of the school day.

The goal is at least 60 minutes of activity per day, which is crucial especially since many kids don’t get the play time children used to get outside of school decades ago. There are a variety of reasons why, including the widespread use of digital devices and a lack of access to and time for free play.

“One of the biggest pieces of feedback we get from schools in the field is, ‘we are very busy places. We appreciate what everyone offers, but it’s overwhelming. Can you make it easier for us to know what’s available?’ ” said Charlene Burgeson, executive director of Active Schools.

Streamlining to make it less cumbersome for schools to learn what resources are available and what programs they can bring to their school is one challenge. The others are money, time and philosophy.

Schools can’t always find the funding to pay for formal training, videos and other programs that get kids moving. There is also the pressure of the clock and having enough time to work physical activity in when trying to meet the required academic standards and complete the curriculum.

“I know lots of teachers who say, ‘Yeah, I wish I had more time to do this,’ ” the National Association of Physical Literacy’s Kamin said. Even in schools that can find the time, there is still some opposition because it’s a departure from the way things used to be, she said.

“It’s a big change for some of the teachers. They’re not sure that they want to make that leap. It’s sort of ‘if it’s not broke, why fix it?’ Yet the schools that have made the leap see tremendous results. So how do you move the needle?”