Formula E will make its Middle East debut in December with next season’s opening race set to take place in Saudi Arabia.

The Saudi capital Riyadh will host the all-electric street racing series for the next decade, pending confirmation by the FIA World Motor Sport Council.

The conservative country is on a quest to open up as Crown Prince Mohammed bin Salman aims to diversify its economy and reduce the kingdom’s dependence on oil.

“Saudi Arabia is looking to the future and Formula E is the motorsport of the future. That’s why this is such an exciting opportunity,” said Prince Abdulaziz, vice-chair of the Saudi Arabia general sports authority.

“It aligns perfectly with the country’s 2030 vision and offers the prospect of world-class racing on the streets of the capital for the first time in our history. For all fans, men, women, young and old, the dream of a hosting a ‘home race’ will now come true.”

Formula E to race in Riyadh in season five 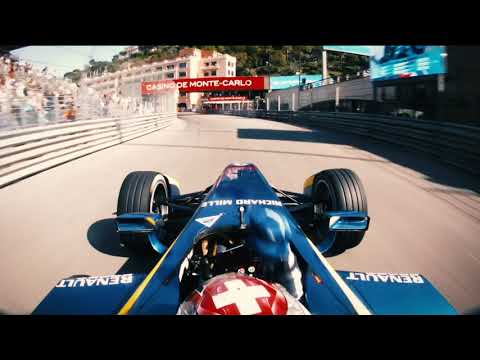 Since its inception in 2014, Formula E has long been heralded as forward-thinking, featuring a number of female drivers and helping develop the emissions-free technology of the future.

“Bringing racing to Riyadh for the first round of the new season is the perfect setting for the next phase of the Championship,” said Formula E founder and chief executive Alejandro Agag.

“An exciting and vibrant country that is focusing on its future, Saudi Arabia will be the ideal venue to mark the competitive debut of the next generation Formula E cars.”

A brand new Formula E car was unveiled online in January, offering motorsport fans a tantalizing glimpse of the future...
FIA
The new car will make its competitive debut in the 2018-19 Formula E Championship later this year.
FIA
Boasting an ultramodern design and aggressive aesthetic, the second generation racer offers almost twice as much energy storage capacity and double the range.
FIA
That means drivers will no longer have make a mid-race car swap going forward.
FIA
"This car represents the future of racing," said Alejandro Agag, Founder & CEO of Formula E.
FIA

‘Benefits beyond the sport’

Among a number of restrictions that are being lifted as part of Saudi’s new vision is the end to a ban on women driving, while rules have also been eased on female spectators in sports stadiums.

The 2018 Race of Champions, where stars from numerous motorsport disciplines compete against one another, took place at Riyadh’s King Fahd International Stadium in February.

Abdulaziz argued the 10-year partnership with Formula E would create a “lasting legacy for both the sport globally and the Kingdom.”

“This is the latest in a series of game-changing sports events that the people of Saudi Arabia will now be able to enjoy as families, with benefits that go far beyond the sport to deliver a positive impact across our society,” he said.

“The interest and passion for motorsport amongst the people in the Kingdom is already vast, with a rich heritage in rallying, drag racing and other forms of motorsport – but the sport in Saudi Arabia is about to be supercharged by this development,” said Khaled.

“This event and all that surrounds it, from welcoming world-class teams to the global TV coverage, represents a watershed moment.”

The next race this season takes place in Berlin on May 19.