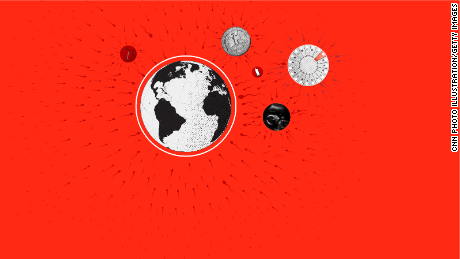 How Trump's anti-abortion agenda impacts women around the world

For more than 50 years, the United States Agency for International Development has been the largest financial supporter of women's reproductive health services in the world's poorest countries, with funding contributing to programs that have lowered maternal mortality rates, unintended pregnancies and the spread of HIV and sexually transmitted infections.
But health-care workers in the world's least developed countries have expressed concern that an executive order signed by US President Donald Trump shortly after he took office last year has left women without access to free contraception, with many turning instead to unsafe abortions.
The Mexico City policy -- also known as the global gag rule -- cut aid for international non-governmental organizations promoting or performing abortions.
The rule was first introduced by Republican President Ronald Reagan in 1984, and has been rescinded and reinstated along party lines ever since. In January 2017, Trump once again reinstated it in an effort to reduce the number of terminations.
Yet the rule's main goal -- to restrict abortions -- has previously had the opposite effect.
Read More
The last time that the Mexico City policy was enacted in 2001, the Bush administration cut about $600 million in foreign aid. One year later, induced abortions spiked.
Now Trump has expanded the policy, cutting $8.8 billion from family planning NGOs.
And last week, Trump's administration proposed a new rule that would bar abortions or counseling on abortion at US facilities that get federal family planning funds. It would mean that clinics getting these funds would need to be separate from those performing abortions or providing abortion counseling and referrals -- a domestic version of the global gag policy, according to abortion rights activists.
Read more: Trump's ban on global abortion funding has led to more abortions here
For many International NGOs, US aid has been a crucial lifeline for