Sanders said last August that Trump “certainly didn’t dictate” the initial statement released by Donald Trump Jr. about his meeting with a Russian lawyer at Trump Tower during the 2016 campaign. However, that denial contradicted what Trump’s personal attorneys said in a letter in January, which was obtained by The New York Times, telling special counsel Robert Mueller that Trump had “dictated a short but accurate response to The New York Times article on behalf of his son, Donald Trump, Jr.”

When asked by CNN’s Chris Cuomo on Wednesday night if she regretted answering the question, Sanders said: “No, I don’t.”

Sanders continuously directed questions about the letter by Trump’s attorneys to the President’s outside counsel.

“We are purposefully walling ourselves off and allowing the outside counsel to do their job and we’re doing ours,” Sanders said on “Cuomo Prime Time.” 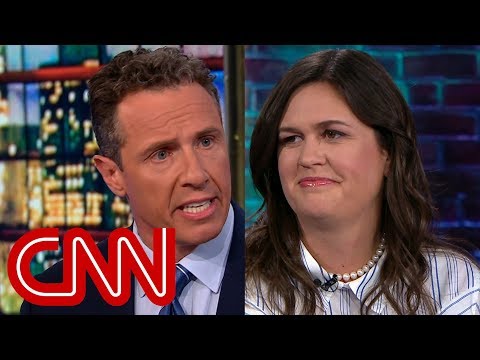 Following the White House press briefing on Monday, CNN reported that Trump’s attorney Jay Sekulow said he stood by the assertion in the legal team’s letter to the special counsel claiming the President had “dictated” the Trump Jr. statement.