The Hotel La Reunion’s website still shows a luxurious inn with stunning views of the iconic Fuego volcano – even as the Guatemalan resort sits under a blanket of greyish-brown ash.

Before and after images of the hotel now offer stark evidence of the destructive power of Sunday’s eruption, which has killed at least 75 people and left almost 200 others missing.

The lavish resort in Alotenango is only about 4 miles (7 kilometers) from Fuego. Its website and social media accounts feature spectacular views of the volcano, which would sometimes send up plumes of ash and could be seen glowing in the evenings.

Drone video shot in 2016 shows the resort surrounded by a lush, green golf course that has been a stop on the PGA’s Latin American tour. 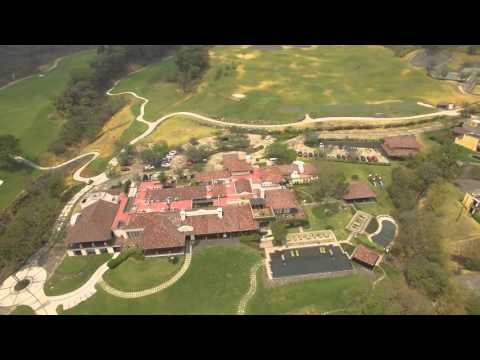 But helicopter images taken Monday show only a barren terrain covered in volcanic ash as far as the lens can reach.

The Hotel La Reunion is about 4 miles from Guatemala's Fuego volcano.
CONRED

Hotel personnel said they managed to evacuate all guests and staff, saving their lives.

“We thank everyone who since the first moment has provided words of encouragement and has offered their help so that we all move forward,” the resort said in an online statement, which was translated from Spanish. “We are united and pray to overcome this emergency, actively assisting the victims.”

Resort staff was working with employees and their families to make sure everyone is safe and can get the help they need, they said.