A Kuwaiti Instagram star has slammed new regulations requiring a weekly day off for Filipino domestic workers in the country, with her comments drawing the ire of social media users.

“The new laws that have been passed are like a pathetic film,” said makeup artist Sondos Alqattan in a viral video last week.

“For her to take a day off every week, that’s four days a month. Those are the days that she’ll be out. And we don’t know what she’ll be doing on those days, with her passport on her,” said Alqattan, who has 2.3 million followers on Instagram. 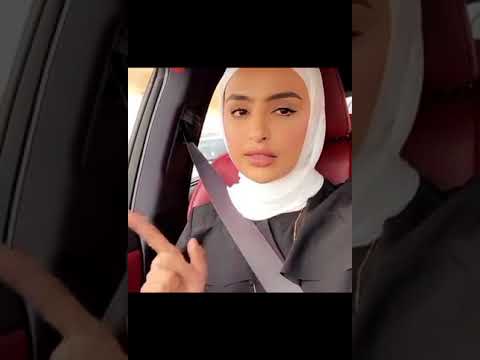 Along with a mandatory weekly day off, recent reforms in Kuwaiti regulations for Filipino domestic workers also require that workers keep their own passports with them. Before the changes, employers could confiscate the passports of domestic help.

“How can you have a ‘servant’ at home who keeps their own passport with them?” asked Alqattan.

The reforms to Kuwaiti regulations for Filipino domestic workers were sparked by a diplomatic spat between the Philippines and the Gulf country. The murder of a Filipina maid earlier this year prompted Philippines President Rodrigo Duterte to ban Filipino workers from traveling to Kuwait.

In January, the body of Filipina Joanna Demafelis, 29, was discovered stuffed in the fridge of her Lebanese employer and his wife. Kuwaiti authorities have since sentenced the couple to death.

“I will sell my soul to the devil to look for money so that you can come home and live comfortably here,” Duterte said after news broke of Demafelis’s death. The Philippines President said he was ready to take “drastic steps” to protect Filipinos working abroad.

Alqattan’s comments have sparked outrage from Kuwaiti and Filipino social-media users who called on brands associated with Alqattan to sever ties with her.

“Her expensive stuff and pretty face cannot mask her rotten attitude. Shame on that lady. #sondosalqattan #moderndayslavery,” wrote social-media user Jaja Caringal. Caringal later tweeted that after she send Alqattan a private message, the Instagram star blocked her on the social media platform.

Alqattan did not immediately respond to CNN’s request for comment.

“What’s ‘pathetic’ is that you look at domestic workers with such a superior attitude,” wrote Kuwaiti Twitter user Mutamarrida.

Of more than 250,000 Filipinos in the Gulf country, at least 60% are domestic workers who live and work in the homes of their employers for more money than they can earn at home.

Kuwait has become a popular overseas destination for Filipino workers in recent years.

More than 55% of Philippines domestic workers live in the Middle East where an infamous sponsorship system, known as Kefala, dictates their working conditions. Under Kefala, domestic workers cannot leave the country or change jobs without their employers’ consent.

Groups such as Human Rights Watch have argued that the system creates a breeding ground for harsh working conditions, and have documented numerous cases of abuse.