Actor Seth Rogen will be a guest voice on public transit in Vancouver, British Columbia.

The announcement comes after Rogen, a Vancouver native, offered to replace fellow actor Morgan Freeman, who lent his voice for a public announcement campaign for TransLink.

The campaign was pulled after a CNN investigation reported a pattern of alleged harassment and inappropriate behavior toward women by Freeman, CNN affiliate CTV reported.

Steve Vanagas, vice president of customer communications and public affairs for TransLink, said in a statement the idea of featuring Rogen’s voice came from social and local media.

Stephanie Ip, a reporter with The Province and The Vancouver Sun, suggested Rogen for the job. “I would happily listen to him announce my transit stops all day BUT ONLY IF IT COMES WITH THE LAUGH,” Ip wrote on Twitter.

Lots of emails today were along the lines of: "What, there wasn't a Canadian actor who could've done the job?" After some thought, I do have a suggestion: @Sethrogen. I would happily listen to him announce my transit stops all day, every day BUT ONLY IF IT COMES WITH THE LAUGH. https://t.co/o0v5FWlocj 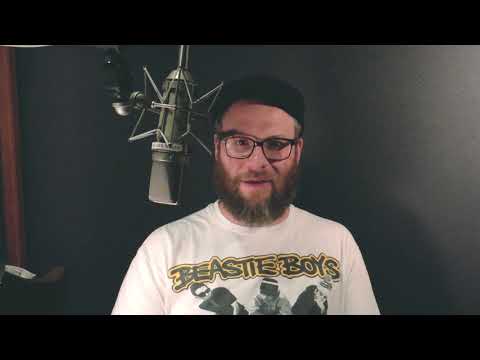 “When the opportunity came up to be a voice of public transportation, I was thrilled,” Rogen said. “I am honestly always looking for ways to participate in Canadian culture and to put the spotlight on Canada.”

Vanagas said TransLink accepted Rogen’s offer “in the pursuit of providing a better customer experience and to share pride in the region.”

On social media, Vancouverites seemed thrilled at the idea of hearing Rogen’s voice during their commute.

Translink said Rogen’s voice will start showing up in their system “in the coming weeks.”

It’s unknown if Rogen’s infectious laugh will be featured in the voice announcements.