'Easy prey': How a massive psychic fraud gained its power

(CNN)CNN journalists Blake Ellis and Melanie Hicken have spent years investigating one of the largest consumer frauds in history -- a case that has stumped global investigators for decades. The scheme, which duped victims out of millions of dollars with letters claiming to be from a famous French psychic named Maria Duval, is the subject of the reporters' new true crime book, "A Deal with the Devil." The following excerpt has been edited for brevity.

Chrissie will never be sure when exactly her mother got her first letter from Maria Duval or how she became a target.
What she does know is that in the months leading up to her mother's eightieth birthday, before Chrissie or even Doreen realized that Alzheimer's disease was slowly and silently infiltrating her once rational mind, Doreen had handwritten at least forty different checks in response to Maria's letters, which Doreen believed were ending up with the psychic.
Chrissie suspects that her mother's obsession with these letters had far more to do with gambling on a cure for her failing mind than with winning a financial jackpot. In fact, Chrissie would later find evidence of an internal battle that Doreen hid from her children for years. She'd kept a Reader's Digest book full of brain games promising to keep her mind sharp. Not a single page was completed. And in her small personal address book was a page where she incorrectly wrote her son's phone number over and over again. On other pages, she furiously wrote her son's name repeatedly, sometimes followed by the words, "I kneed (sic) new shoes," and "Help me."
Read about the psychic and the scam

After two years investigating one of history's longest-running frauds, CNN's Blake Ellis and Melanie Hicken finally met its central figure: psychic Maria Duval. What did she have to say?

"You could see the pressure of the pen. Obviously she was angry with herself," Chrissie said. "To have a glimpse into somebody's mind like that -- how difficult it was for her to figure out a phone number that she has phoned for so many years. It's scary."
Read More
We leafed through the pages of this small book as we talked to Chrissie. And though we had never met Doreen, it was painful for us to read these outbursts from a woman so trapped in her own mind. But this all came later. The first time Chrissie began to realize how bad things had gotten was in the winter of 2010, when she helped her mother go through all the paperwork that had been building up in the condo where Doreen lived alone.
It was all so out of character. Doreen was once frugal and practical to a fault, owning her own successful business and managing her family's finances at a time when few women did so. Now she seemed to have become an entirely different person. Doreen's children found buried within the piles of coupons, magazines, junk mail, and the occasional misplaced sock a bill from a department store credit card with a shockingly high balance. Concerned, Chrissie dug into the rest of her mother's finances. And when she turned to her mother's bank statements, she saw a disturbing number of payments to two names she didn't recognize: Destiny Research Center (while this name would remain a mystery to Chrissie, it would become very important to us) and Maria Duval. Every check was made for the same precise amount of $59 (in Canadian dollars).
"Who is this? What is this place? What are you getting for this money?" Chrissie asked her mother.
Suddenly, her mother's pleasant demeanor was gone. She turned defensive and secretive, and simply shrugged in response to Chrissie's questions and admonishments. "She was unable -- not unwilling, but unable -- to specify what she was getting in return for this amount of money," Chrissie remembers. "She finally showed me large round metal talismans encased in little velveteen pouches with symbols and some with motivational words or astrological signs on them." 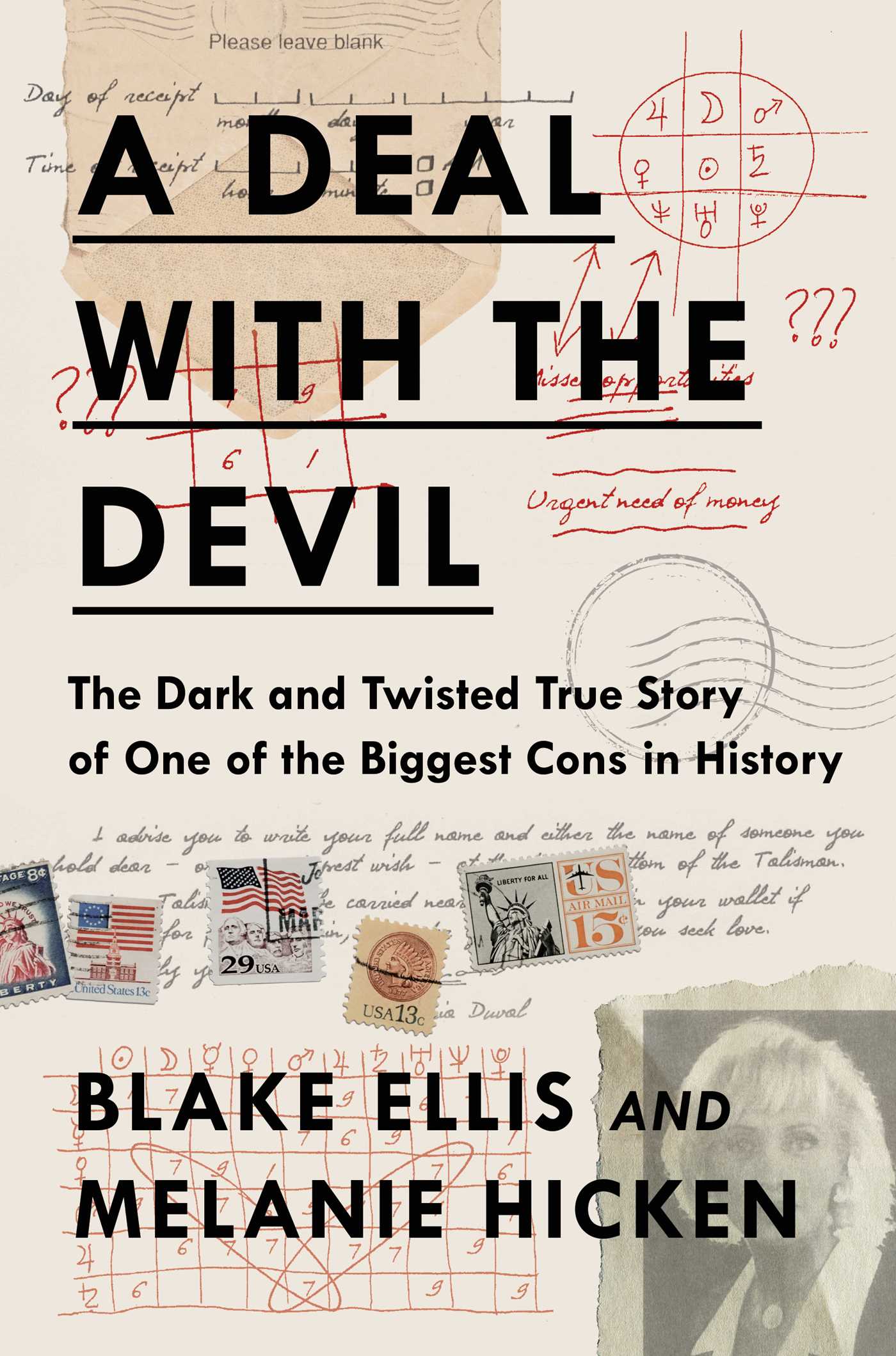 It was soon evident to Chrissie that the cheap trinkets and the mysterious woman from the letters were an inescapable presence in her mother's life.
When Doreen was at her best, Chrissie convinced her that the letters were a terrible scam that was stealing her retirement savings.
This realization took a huge toll on Doreen. "She was shocked, dismayed, and ashamed when she realized her stupidity and the financial damage she'd caused herself," Chrissie said. "I gave Mum strict orders to throw away anything from Maria Duval or Destiny Research; she seemed to understand my frustration and anger (at this scam) and readily agreed."
Still, as her memory declined, Doreen returned to her secretive relationship with Maria, almost like a child hiding a secret stash of candy from her parents.
Even after Chrissie and her brothers took away Doreen's checkbooks and assumed legal responsibility for her finances, she would cobble together piles of cash and coins to make up the amount Maria was requesting from her.
From two years' worth of bank statements, Chrissie is certain that Doreen sent at least $2,400 to the psychic. Her total losses were likely much larger.
"These scammers seem to have targeted my mother as easy prey, probably from the very first check she sent to them," Chrissie told us. "Not only was my poor mother quickly losing her mind due to Alzheimer's disease, she was lonely, bored, (and) wanting to be wealthy and well. She didn't have the quality of mind anymore to realize how much money she was losing or how often she was sending money!"
F