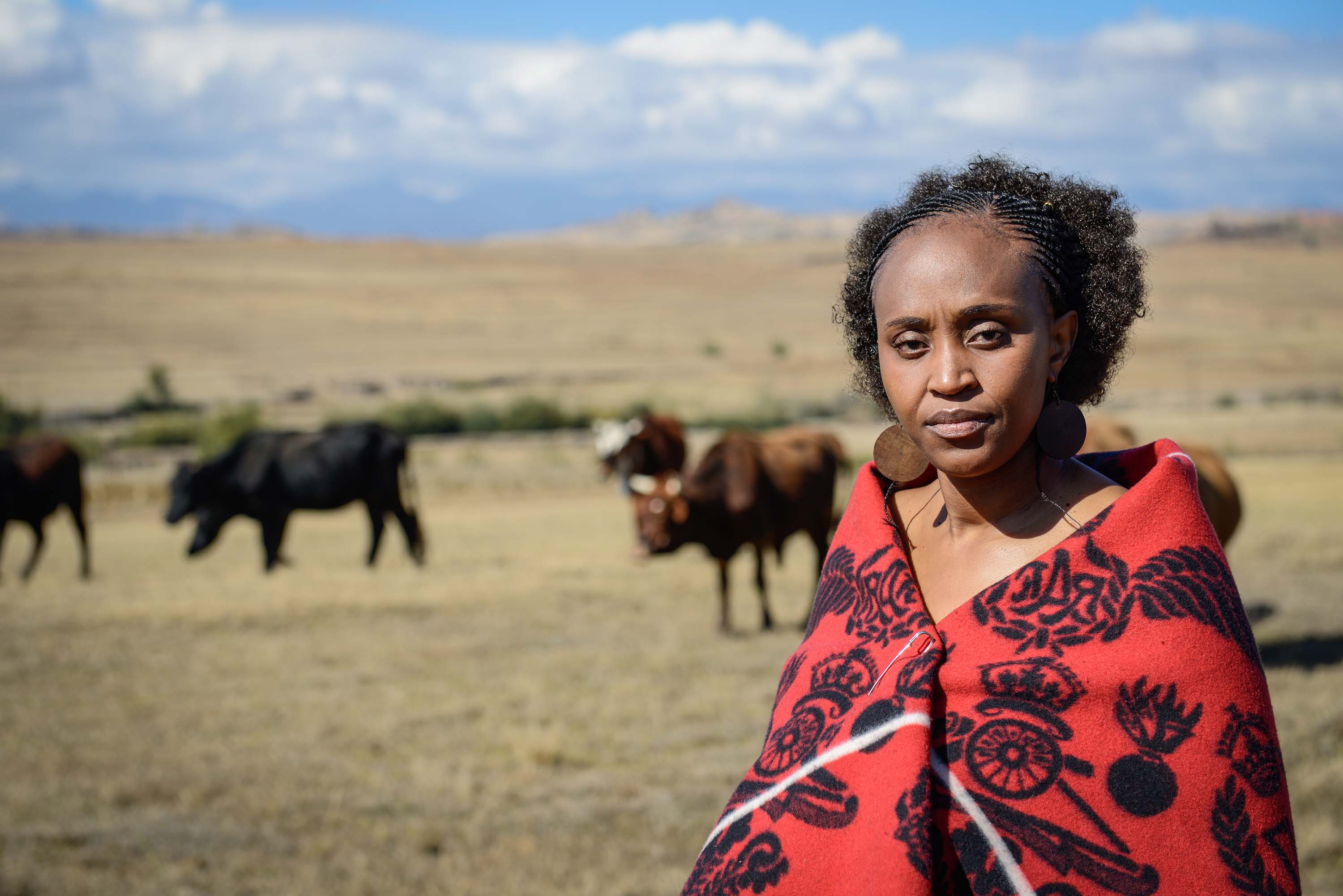 Only men can inherit the title of chief in Lesotho. One woman is trying to change that

By Leila Hall for CNN
Photos by Meri Hyöky

Ha Mamathe, Lesotho — Senate Masupha sits in her family home in the village of Ha Mamathe in Lesotho, under a portrait of her late mother.
The inscription on the portrait, written in the Sesotho language, acknowledges her mother's role as principal chief of Ha Mamathe and the villages that surround it -- a position that she held for 12 years before her death in 2008.
Outside, the carefully tended flower garden, wooden trimmings on the porch and old sandstone buildings have a story to tell. For generations, members of the Masupha family have lived and served as chiefs of this area.
David Masupha, Senate Masupha's father, was principal chief before his death in 1996, and was a direct descendant of King Moshoeshoe I, the revered founder of Lesotho, home to the Basotho people.
"My parents were chiefs for all of their lives -- that was their right. I felt very secure when I was growing up," recalls Masupha. "But when my mother passed on, I was taken out of my comfort zone. There was a sudden tension in the family about who would inherit the chieftainship. I was a victim of this tension, because it was as if I wasn't even there."
Read More
Senate Masupha is fighting for the law on chieftainship to be changed.
Masupha is the only child in her family, but Lesotho's laws prohibit women from inheriting the chieftainship. Women can take on the role if their chief husbands die, but afterwards the position can be inherited only by a male heir.
When talk in the family turned to the possibility of evicting Masupha from her parents' home, she decided to take action. In 2013, she filed a case with Lesotho's Constitutional Court for her right to inherit the chieftainship, arguing that the existing law was discriminatory and therefore unconstitutional.
But the court rejected her case -- as did the Court of Appeal one year later, where the judge argued that modernizing the rule was a matter for Parliament.
Masupha's uncle -- her father's younger brother -- took over as principal chief, but she continues to live in her parents' home and to battle for change that she believes is long overdue.
Laws that prohibit women from inheriting the role of chief have been invalidated in South Africa -- and in Namibia, Botswana and Zambia, women can now be appointed chiefs on the same terms as their male counterparts.
Meanwhile, little has changed in Lesotho.
"A woman in Lesotho is not discriminated against -- she simply doesn't exist," says Kuena Thabane of the Lesotho Federation of Women Lawyers (FIDA), which has been supporting Masupha's fight.
Like Masupha, Kuena Thabane is frustrated by the current chieftainship law.
Sitting in her small, cluttered office in the capital Maseru, Thabane gives an exasperated half-laugh. "You can only discriminate against someone who exists, but in Lesotho's laws on succession and inheritance, women are not even mentioned -- they are entirely overlooked."
<div class="zn-body__paragraph" data-paragraph-id="paragraph_43A1CA49-41