Can K-Pop stars have personal lives? Their labels aren’t so sure

If Taylor Swift was a South Korean artist, she would be in deep trouble.

At the height of her fame, the American singer’s dating life was a key element of her music, with the smash success of hits like “We Are Never Ever Getting Back Together” driven in part by the real-life relationship drama that helped inspired them.

Unlike their western counterparts, for whom making their romantic lives public can be a key part of promotional activities (including allegedly staged relationships), K-Pop stars are often forbidden from disclosing personal details, with some even having a “no dating” clause in their contracts.

When it was revealed artists Hyuna and E-Dawn were a couple last month, there was an angry backlash from some apparently heartbroken fans, and the pair were subsequently suspended by their record label, Cube Entertainment, under whom they had been performing together as part of the outfit Triple H. 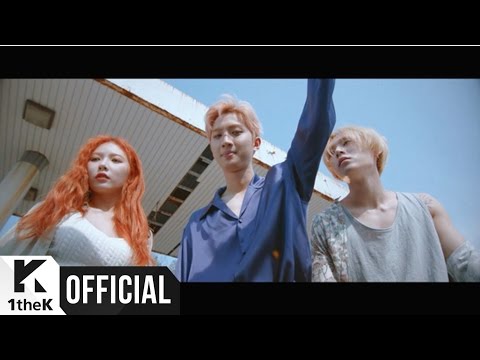 “K-Pop music is a big business and K-Pop bands not only endorse big brands but also become big time brands themselves. As a result, for better or for worse, individuals in such bands are viewed as investments,” said Bernie Cho, a Korean music industry executive.

“Scandals involving drinking, drugs, or even dating not only make waves in the entertainment news section but also the finance news section because many of the biggest Korean music management companies are also publicly traded stocks on the Korean stock exchange. Sensational headlines can take a serious hit on the bottom line.”

This was the case for Cube, which saw its stock drop several points on the back of the news that made headlines both in South Korea and around the world.

“When we manage artists, we consider mutual trust and faith our top priority,” Cube said in a statement published by Korean media. “We decided the trust is broken beyond repair, so we are expelling the two from our company.”

Cube did not respond to multiple requests for comment.

While Hyuna and E’Dawn did suffer for coming forward about their relationship, they also saw a wave of support from a section of their fan base, which experts said is evidence of a gradual shift in attitudes, driven in part by a series of revelations about the tight controls and grueling work schedules K-Pop stars are subjected to.

According to Jenna Gibson, a Korea specialist at the University of Chicago, much of the backlash against stars’ dating is rooted in one of the characteristics that has made K-Pop such a huge international success.

“The K-Pop industry has very smartly built itself around creating incredibly dedicated fanbases. Fans with enough time on their hands could see their favorite idol on a music show on Monday, a fan sign event on Tuesday, a radio show recording on Wednesday, and on and on,” she said. “Fan communities also take more personal responsibility for promoting their favorite group and keeping the group’s public image clean.”

This can include fan groups making charitable donations in celebrities names to help boost their public image, or paying for independent advertisements promoting tours or new albums.

“In a perverse way, because fans put in so much effort to promote and publicize a good image of their idol, some of them get the idea that they should have some say over the idol’s actions and personal life,” Gibson said.

But extreme loyalty can engender some pretty extreme reactions. During a 2008 performance by Girls’ Generation at a huge annual K-Pop show in Seoul, the crowd created a “black ocean,” refusing to wave lights and cellphones and staying silent throughout the band’s entire 10-minute performance, reportedly to protest how close the group had become to the members of boyband Super Junior.

Fear of fan opprobrium goes beyond just relationship drama: when Big Bang member T.O.P. was cited for alleged marijuana use, he issued a heartfelt public apology “for causing great disappointment and disturbance with a huge wrongdoing.”

Some stars respond to this intense scrutiny by tightly guarding their privacy, such as T.O.P.’s bandmate Taeyang, who was dating actress Min Hyo-rin for almost two years before they went public about their relationship in 2015. The pair married in February this year.

Do you need to be Korean to be in K-Pop?

While the industry is changing and the boundaries of what constitutes K-Pop being forever expanded, the genre has long been associated with the intensely manufactured idol groups.

Members of those groups often sign with labels in their late teens, living together with other artists and taking part in intense training, performance and promotional regimens that can leave stars burned out and isolated from friends and family at a young age.

Even for those artists permitted to date by their employers, fan backlash could prevent them from having much of a love life.

Block B’s Zico and AOA’s Seolhyun broke up after six months, citing “immense public pressure,” after fans of of the male rapper turned against Seolhyun, while last year, some fan groups threatened to boycott Super Junior – one of the country’s most successful boy bands – if member Sungmin was included in a comeback tour, due to lingering anger about his marriage to actress Kim Sa Eun.

Lindsay Roberts, outreach coordinator for Korean entertainment site Seoulbeats, said fans often feel there is an unspoken understanding between them and the idols, “that in return for their investment of money and time the fans expect a certain amount of ‘monogamous’ dedication back from the idols.”

“It may seem unrealistic, but the expectation of the role as an idol includes an understanding that your fans and your group come first over your personal desires,” she added.

James Turnbull, a Busan-based writer on sexuality and feminism in Korea, said female idols often bear the brunt of fan and label anger.

“As a broad rule, virginal personas are overwhelmingly preferred for unmarried female K-Pop stars,” he said. “Precious few songwriters and (music video) directors are prepared to present them as grown women with sexual experience, agency, and desire.”

This apparently chaste ideal is often in stark contrast to the hypersexualized stylings of those same women, he said, who are frequently “presented as scantily-clad, passive objects for the male gaze, regardless of the actual make-up of a girl-group’s fandom.”

Simply being open about being in a relationship can challenge this passivity, and spark a major backlash.

“Negative reactions have overwhelmingly been directed at the women in those relationships, who simultaneously get slut-shamed by both their entitled male fans and the female fans of their partners,” Turnbull said.

This type of male policing of female celebrity behavior can reach extreme levels. In March, APink’s Naeun had to delete a photo on Instagram showing her phone case reading “Girls Can Do Anything,” after the innocuous phrase sparked an intense backlash for supposedly being political by promoting feminism.

Other female stars have been criticized for merely admitting to having read a feminist novel, part of a wider backlash by men’s rights groups against gradual progress made by the country’s women’s movement.

Video Ad Feedback
08:08 - Source: CNN
Inside the world of a K-pop superstar

While the furore around Hyuna and E’Dawn fit the pattern of what happened to previous K-Pop couples, there were signs that attitudes are starting to shift. In particular, many fans outside Korea stuck up for the pair, and criticized Cube for being so quick to censure them.

“The situation is definitely a lot better than even five or so years ago. This is mostly because there have now been so many dating ‘scandals,’ that the idea of idols dating and even getting married is a lot more normalized,” said Gibson, the academic.

She blamed Cube for mishandling the incident and blowing it up into a bigger issue – especially outside of Korea – than it would have been otherwise.

“I think the big difference in fan reaction is how the stars and their management companies share the news – if they’re open and honest about it, and present the relationship as if it’s no big deal, generally the news is received positively,” she said. “Even if there is some outcry among hardcore fans, that usually dies down over time.”

The changing demographics of K-Pop listeners is also having an effect, as the once uniquely Korean genre becomes more and more a global obsession, with fans, and markets around the world.

“K-pop has become much more international and Western fans react quite negatively to situations like this because they are entirely unlike Western pop culture,” Seoulbeats’ Roberts said.

“In other words, as the world becomes globalized it is inevitable that the industry must change or there will be negative consequences.”

A petition in support of E’Dawn and Hyuna started by international fans has attracted more than 90,000 signatures, and large amounts of abuse for Cube’s decision to censure them.

“If E’Dawn is happy with Hyuna, then we should all be happy for them,” the petition’s creator wrote.