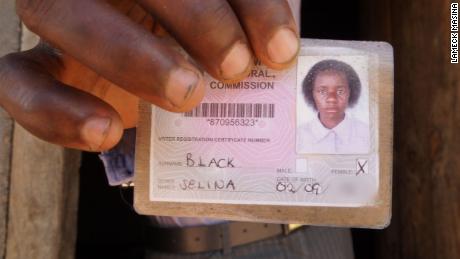 Women are dying from backstreet abortions. But reforms to Malawi's 157-year-old laws are stuck

By Lameck Masina for CNN

Blantyre, Malawi — David Minyatso holds the voter registration card of his late wife, Selina.
The last time he saw her, she had just found out she was pregnant with their fourth child.
"She told me she was feeling symptoms of pregnancy. She left for her home village two days later to visit her parents," 36-year-old Minyatso said, standing in the doorway of their thatched-roof home in Kaseleka village, his daughters playing in the dirt yard outside.
"I was later told that she went to a traditional healer to seek abortion-induced drugs which killed her."
Selina Black is among hundreds of women who die every year in Malawi as a result of the government's restrictive abortion law, which only permits the procedure in cases where the woman's life is at risk. Obtaining an abortion for any other reason is punishable by seven to 14 years in prison; while people supplying drugs or instruments to procure abortion can face three years in jail.
Read More
In Malawi, home to one of the highest maternal mortality rates in the world, unsafe abortion is estimated to account for 6%-18% of all maternal deaths, according to research conducted by Guttmacher Institute, a US-based reproductive rights think tank, and the Centre for Reproductive Health at the University of Malawi College of Medicine.
Entrance to maternity ward at Queen Elizabeth Central Hospital in Blantyre.
But a draft <a href="http://www.smdmalawi.com/media/