A popular Chinese online personality who authorities claim “insulted” the country’s national anthem has been put into detention for five days, local Shanghai police said in a statement.

Yang Kaili, a 20-year-old live streamer with at least 44 million followers, was punished after some internet users reported her to the police for “insulting the integrity of the national anthem during a live broadcast.”

In a video of the original broadcast on October 7, Yang sits in her apartment waving her hands in the air, mimicking a conductor, then sings the initial lines of the “March of the Volunteers,” China’s national anthem.

Usually in her videos, Yang sings and dances around while talking to fans who tune in for her broadcasts.

Police said she had violated China’s “National Anthem Law” during her broadcast and had been taken for five days of “administrative detention” by the Jing’an branch of the Shanghai Police Department. 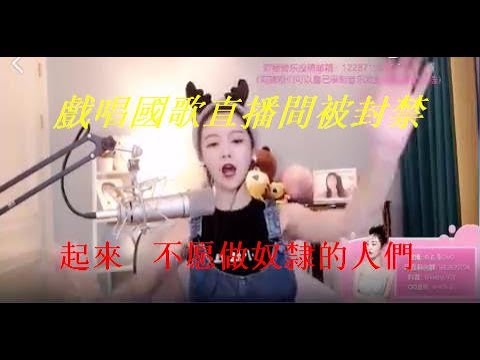 Under strict new laws imposed by the Chinese government in October 2017, people who “disrespect” the national anthem could go to jail for up to 15 days.

There were even reports at the time Beijing was considering extending the punishment to three years in prison.

Yang’s detention stands in stark comparison to the ongoing US national anthem protests in the NFL, where despite outrage from US President Donald Trump, players continue to take a knee during the anthem to make a stand against racial injustice.

‘Not above the law’

Yang posted a series of apologies to her Weibo account shortly after the incident, offering her “sincere apologies” to her fans and saying she felt ashamed.

She said she would stop all broadcasting work and perform self-reflection. “I will deeply reflect, and fully accept ideological, political and patriotic education, and study hard on the National Anthem law and relevant regulations,” she said.

Video live streaming has become a huge sensation in China in recent years, watched by millions of faithful viewers. It’s not just for fun but also profit. Some influential streamers can make tens of thousands of dollars a month through gifts and sponsorships.

But as it has grown in size and influence, Chinese authorities have repeated crackdown down on live-streaming services and the people who use them, including tight restrictions on platforms and popular users

In their statement, the Shanghai police department said the national anthem represented “the symbol and sign of the nation.”

“They also need to respect the law and be moral.”