Inside the Japanese town that pays cash for kids

When Katsunori and Kaori Osaka had their first child, they were living in a cramped apartment in Nagoya, a city of more than 2 million people in central Japan.

Like many other young couples, they tried to raise their child in the city but found life among the apartment blocks too crowded and expensive, with few child care options. Eventually, they gave up.

“When people are in their 20s and 30s, they can’t really afford to live in a bigger space in a city,” Katsunori said. “We knew that if we wanted to have more kids, we couldn’t do it there.”

Cocooned amid hills, the little town of Nagi-cho is also home to a Japan Self Defense Forces garrison and the Nagi Museum of Contemporary Art.
Emiko Jozuka/CNN

Fourteen years later, the Osakas moved to Nagi, where Katsunori grew up. The sleepy agricultural town in western Japan has become a success story in the country’s efforts to boost its declining birth rate.

With a population of about 6,000, Nagi feels a world away from Nagoya, and residents cite the lack of busy streets and crowds as reasons why it is a great place to bring up children.

But they’re not the only benefits: Nagi also pays couples who live there to have children.

Nagi has been ramping up payments since 2004, as well as offering other fertility-boosting parental perks, to turbocharge the town’s birth rate and buck Japan’s broader trend of aging populations.

And they appear to be working.

In the neighborhood where the Osakas live, most couples have three or more children because they can and they want to.

This leaves Nagi in stark contrast to much of Japan.

Between 2005 and 2014, the town’s fertility rate – based on the average number of children a woman has in her lifetime – doubled from 1.4 to 2.8, to widespread domestic acclaim.

Since then, Nagi’s total fertility rate has dipped slightly to 2.39 but is still considerably higher than the national average of 1.46.

The Osakas say they'd like their children to experience the world first, instead of settling down immediately in Nagi-cho.
Emiko Jozuka/CNN

Japan has been on a steady demographic decline since the 1970s.

In 2017, fewer than 950,000 babies were born while the number of deaths rose to a postwar high of 1.3 million, according to the Ministry of Health and Labor.

Tokyo, a city of more than 9 million people, has the lowest fertility rate of all the 47 prefectures in Japan, at 1.17. It also has the largest number of children on waiting lists for day care facilities.

More than 5,400 children are seeking an elusive spot at day care centers in the city, nearly 30% of the national total.

Traditionally, government policies had made it difficult for working men and women to balance their careers with family life, said Hisakazu Kato, a professor of economics at Meiji University in Tokyo.

As well as a lack of child care, the country’s declining fertility rate is influenced by career demands and the increasing trend among men and women to delay or avoid marriage. The numbers of people still unmarried by age 50 hit a record 23.37% for men and 14.06% for women in 2015, according to a report released by the National Institute of Population and Social Security Research.

But Kato said another key factor is the steady migration of people from the countryside to expensive smaller apartments in crowded cities.

More than 93% of Japan’s population lives in urban areas, where having one or more children is just too hard for many couples.

“There’s a huge gap between the cost of living in Japan’s major cities and the less populated areas of the country,” Kato added. Couples in the city are often also far from their families, who could otherwise help support them. 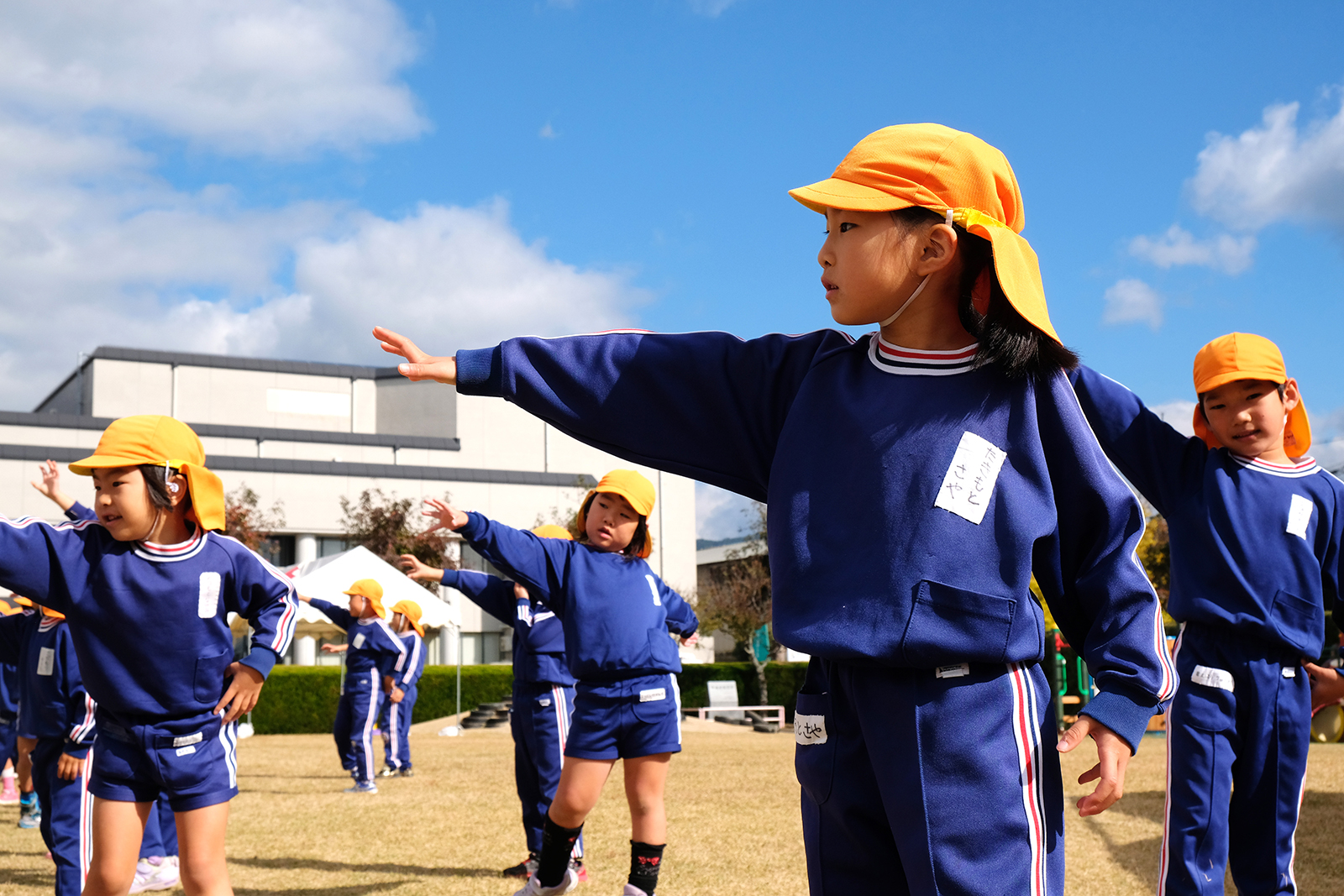 It’s not uncommon for families to have three to five children in Nagi. 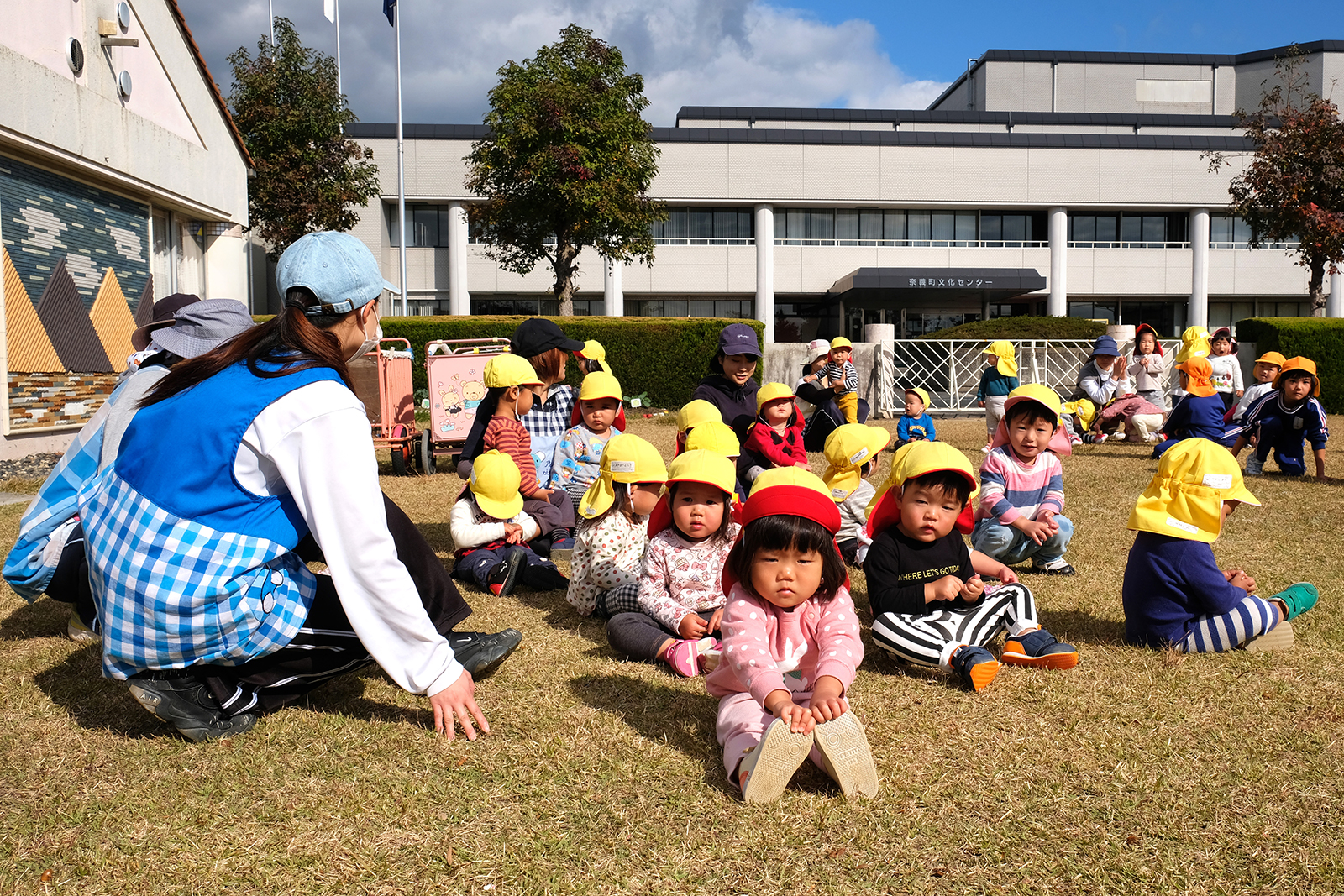 Kids play games with their siblings at the local preschool. 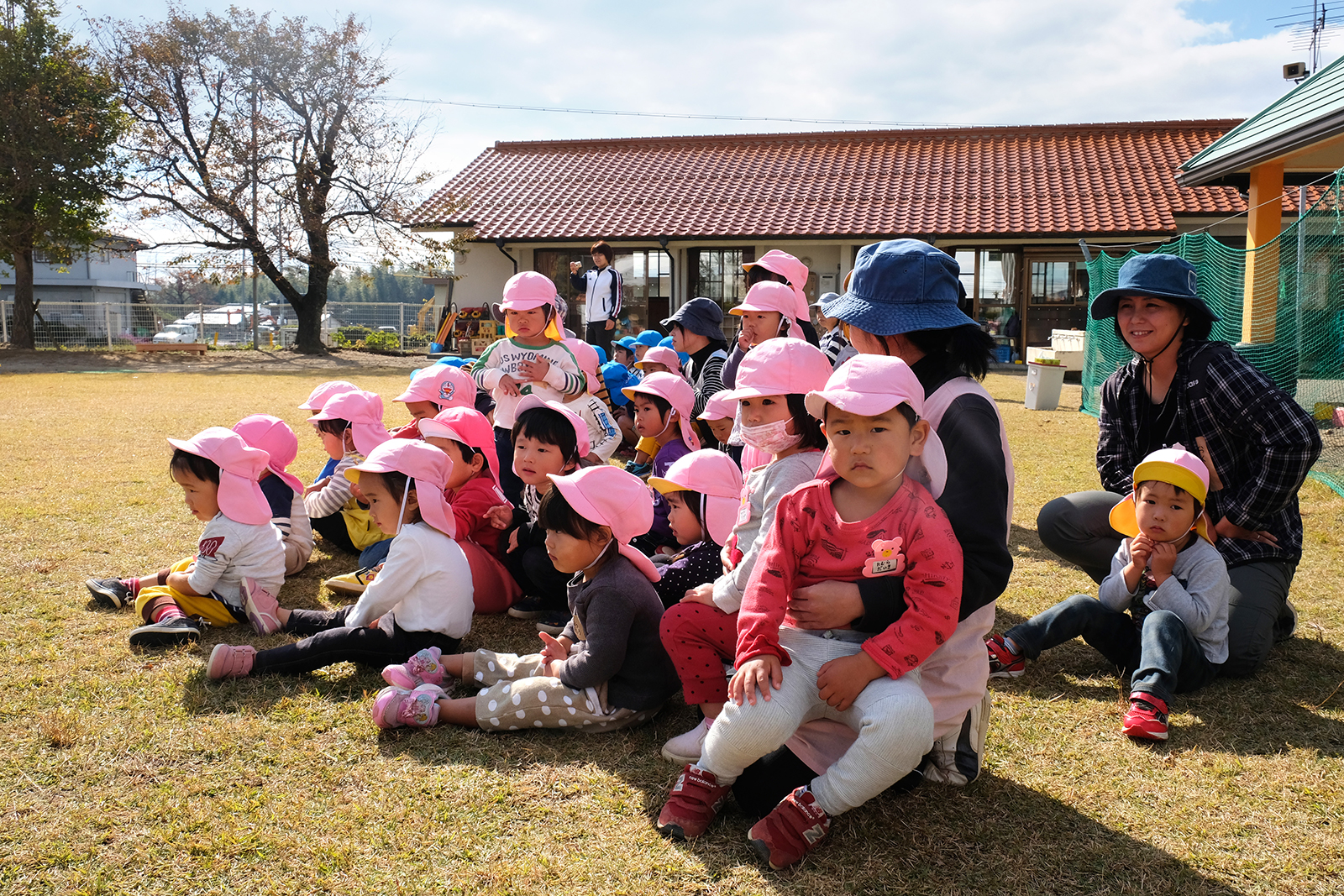 For now, there is no waiting list to get a spot at day care.

Is the progress enough?

Since the 1990s, Japan has introduced policies to boost its birth rate, such as enhancing child care services and improving housing and public facilities for families with children.

Last year resulted in some progress nationally: The number of children on waiting lists for daycare centers nationwide slipped below 20,000 for the first time in 10 years, according to the Ministry of Health, Labor and Welfare.

Furthermore, that year, the government announced a 2 trillion yen ($18 billion) spending package to expand free preschool for children ages 3 to 5 – and for children 2 and under from low-income families – and cut waiting times at daycare centers.

As in many places around the world, women in Japan were traditionally expected to leave work to care for their families. But such attitudes are slowly shifting.

“The traditional way of thinking, ‘men at work and women at home’, is a historical relic in Japan,” said Yukiko Inoue-Smith, a professor of education psychology at the University of Guam. “Women in Japan want to keep their jobs, and their husbands want them to work so they can have a double income.”

Government efforts to keep women in the workforce through a plan called womenomics are also paying off.

In just three decades, the percentage of Japanese women age 30 to 34 who return to the labor force after becoming mothers has risen from 50% to 75%, according to recent reports.

But many of those who go back to work have to accept lower wages or get stuck on the career ladder, according to a report published in 2017 by the Organization for Economic Co-operation and Development.

Fathers must also play a greater role in child care and the home so women can resume their careers, according to Inoue-Smith.

This presents its own difficulties. In Japan, new fathers can take up to one year of non-paid paternity leave – one of the highest fathers leave periods in the Organization for Economic Co-operation and Development. However, only 3% take this, as they fear the repercussions on their careers and income.

Nestled amid leafy hills, Nagi is famous for its wagyu beef and boasts a small manufacturing center where 19 companies have factories. Life remains fairly traditional; most couples marry in their early to mid-20s and start families soon after.

The women who live in or move to the town know it doesn’t offer high-flying careers but value the chance to balance work and home life.

Up to 70% of women continue their day jobs, often as office workers or teachers, after childbirth. Lengthy commutes, grueling workloads and limited child care aren’t a problem here. And for mothers who want to work a few hours a week, a local company offers casual jobs such as data inputting and packaging goods while their children are in daycare.

Nobue Sasaki stands in the hallway of the Nagi Child Home.
Emiko Jozuka/CNN

The town also spends a decent proportion of its budget on family services, partly due to extra funds it receives from the government for hosting a Japan Self-Defense Force garrison.

In the past, officials here have also accepted lower salaries so they can funnel more money into the town’s future.

Some large extended families still live under one roof, or at least within the same neighborhood, so grandparents can pitch in with the children while their parents work. 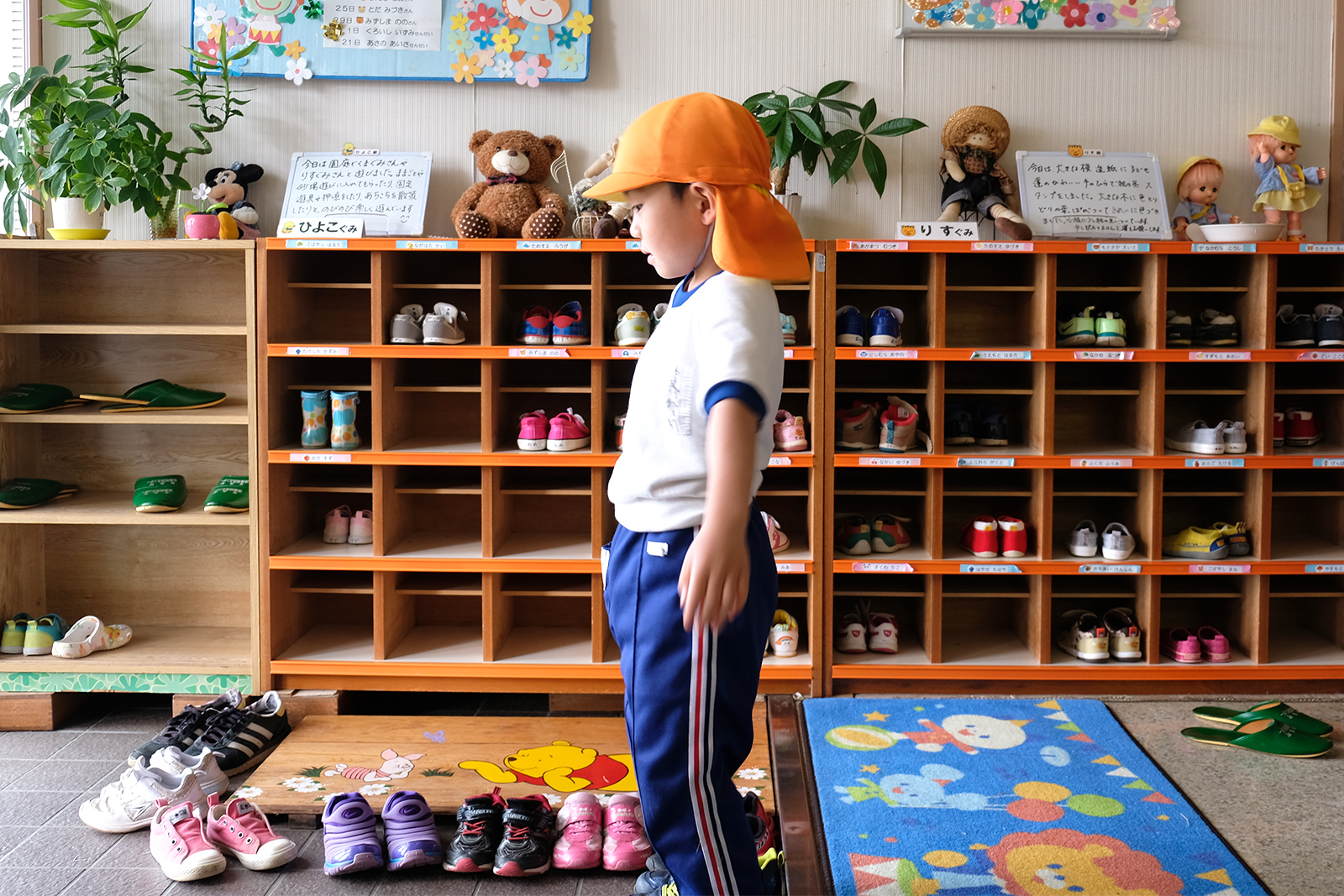 Nagi-cho strives to create a family-friendly setting for all age groups. 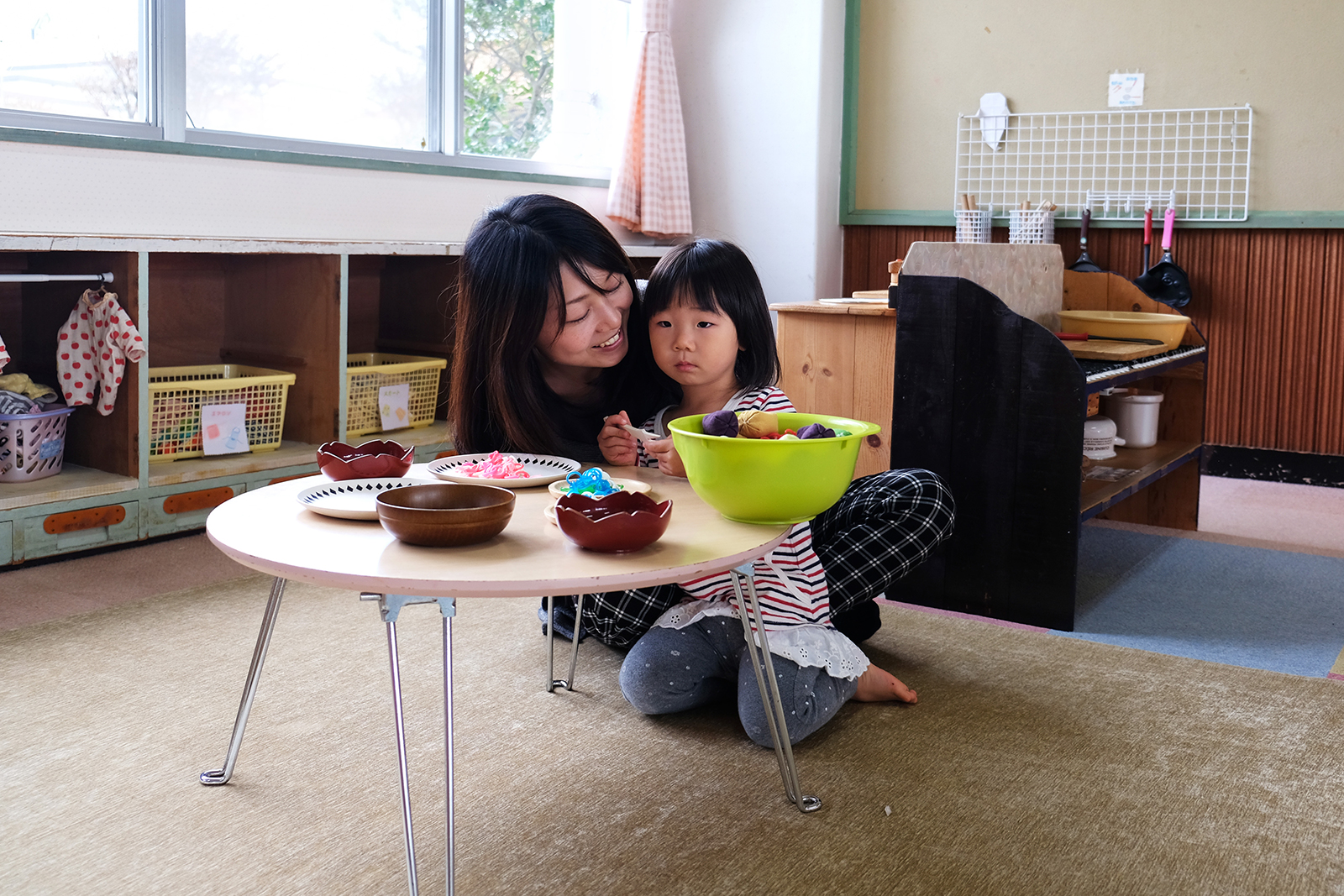 Kozue Kobayashi relaxes with her child in the Nagi Child Home. 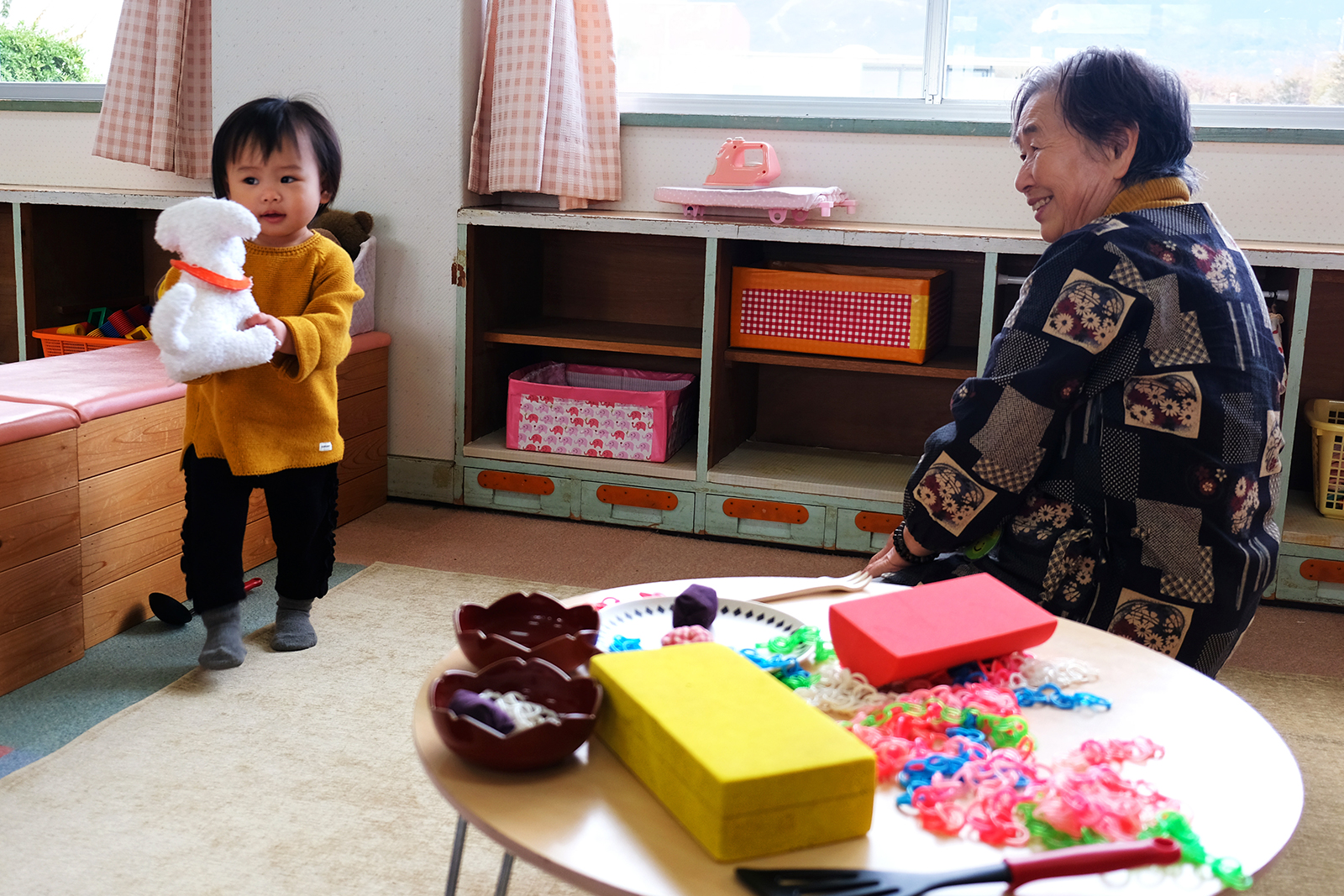 An older volunteer watches over a busy mother’s child.

“We’ve really focused on creating a family-friendly environment in Nagi,” Nobue Sasaki, a soft-spoken town official, said inside the pastel-tinted walls of the Nagi Child Home, a center dedicated to supporting mothers and people across the age spectrum.

Kozue Kobayashi, a mother in her early 30s who moved from Okayama city to Nagi, said she appreciated the camaraderie of the Nagi Child Home, where she gets help looking after her children. She comes most days.

“It’s better than just staying at home and feeling alone and overwhelmed,” Kobayashi said. “If I’d stayed in Okayama, I wouldn’t have access to this kind of service.”

Nagi undertook a large-scale public relations campaign in 2012 to publicize the success of its family planning initiatives – and word has spread.

When CNN visited, a group of smartly dressed senior bureaucrats milled around the entrance to the center’s playroom. They were just some of the many people who had come to learn the town’s fertility secrets.

“Our population has remained stable, but we can take some lessons away from a space like this,” said Nagatoshi Ishiura, a bespectacled local politician from the neighboring town of Shouji. “It’s nice to see a place where there’s still exchange between three different generations.” 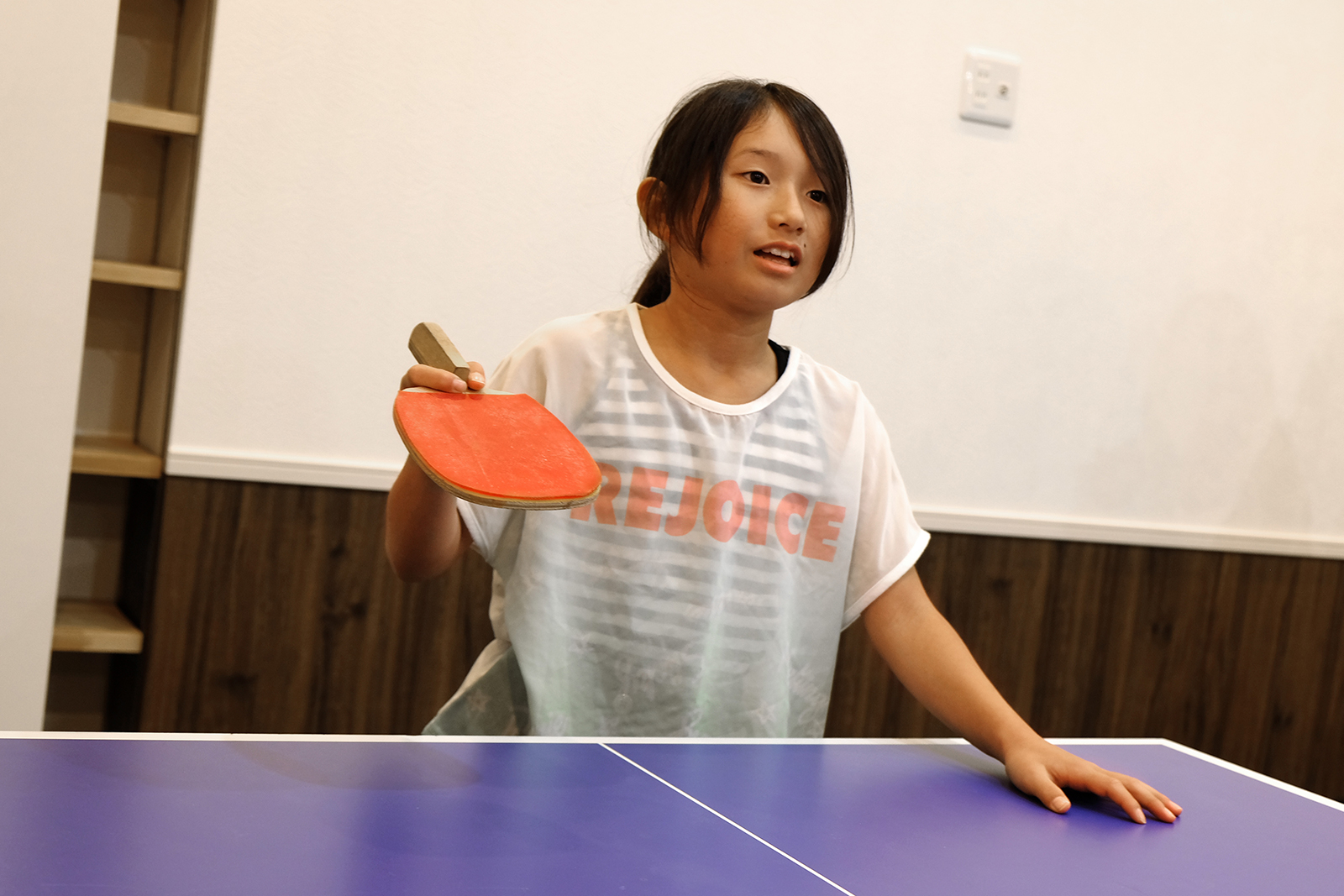 The Osakas’ daughter prepares to play against her brother. 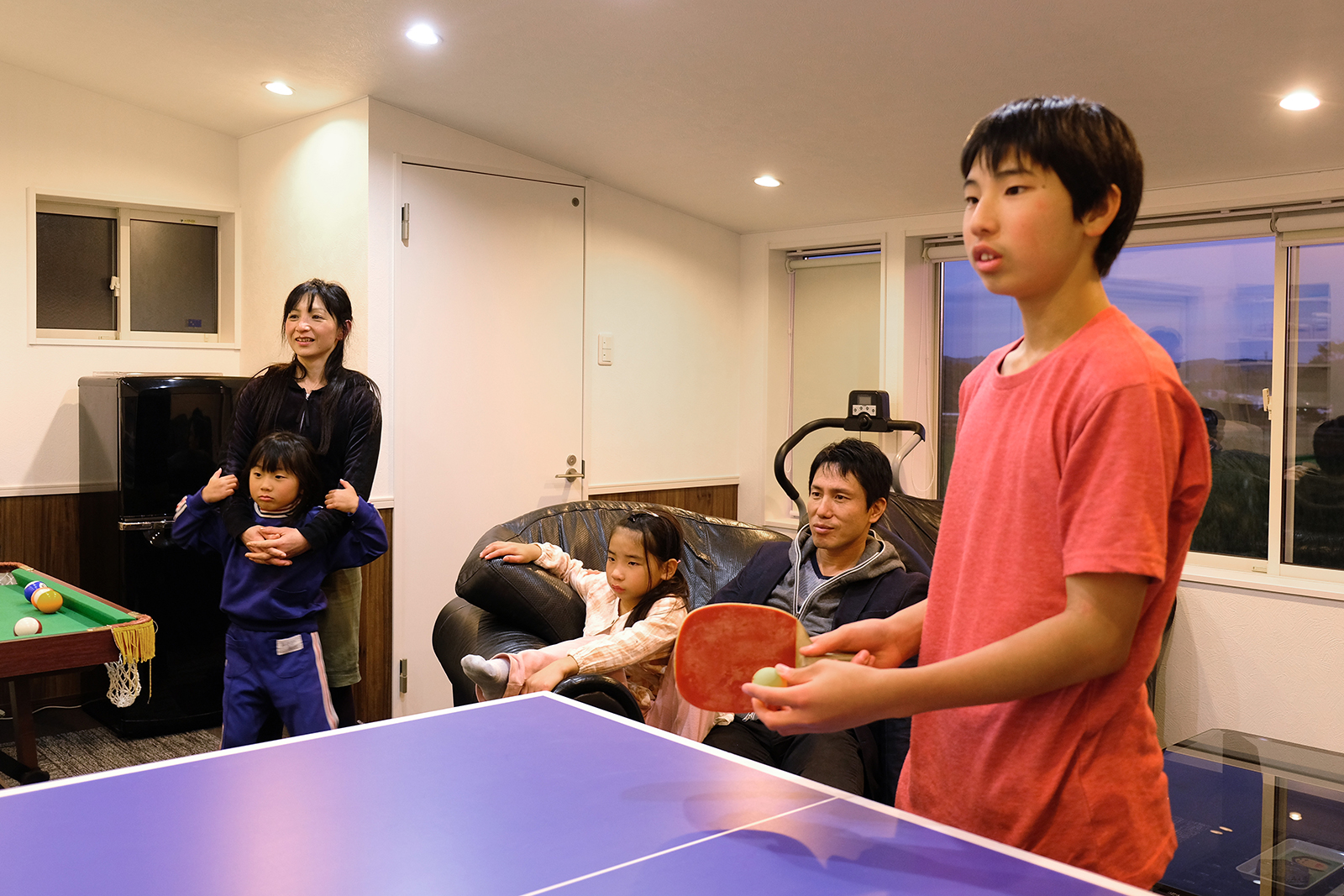 The Osakas don’t necessarily want their kids to stay in Nagi after they’ve grown up.

As well as parent-friendly policies, changing attitudes in Japanese society have helped create the right environment for having children in Nagi. Traditional expectations that women give up work after childbirth are breaking down. Choosing to be a stay-at-home mom is gradually becoming a personal choice rather than a societal obligation, said Inoue-Smith, the education psychology professor.

Kaori chose parenthood over her career but said she wouldn’t necessarily want that for her own children.

“I’m not expecting my own daughters to stay in Nagi,” she said. “I’d prefer it if they left Nagi and saw more of the world.”

Photo-editing by Jason Kwok. Graphics by Natalie Leung. Edited by Hilary Whiteman in Hong Kong and Meera Senthilingam in London.