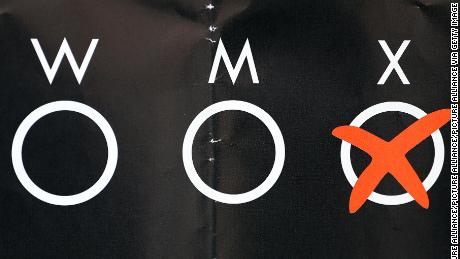 A campaign from "Dritte Option," or, the Third Option campaign is seen in 2016. The group successfully lobbied for a third gender to be recognized in German law.

Germany's third gender law is celebrated as a revolution. But some say it's just the first step

Berlin (CNN)By the time Lynn D. turned 2, he had already undergone seven surgeries. His childhood memories -- in the German states of Bavaria and Hesse -- were shaped by monthly visits to the doctor, where he says up to 50 researchers would observe examinations of his naked body.

When he reached puberty, Lynn was given growth blockers and high doses of hormones; as a teenager, he started self-harming, developed post-traumatic stress disorder and became suicidal.
Lynn, 34 -- who has asked CNN to identify him by his preferred name -- was born with both male and female sex organs. His doctors and parents decided shortly after he was born that his sex would be female, so his penis and testicles were surgically removed. His ovaries were also removed.
Doctors had told Lynn's parents the surgeries were preventative, citing concerns that he could develop cancer, but Lynn says there was no medical reason for him to be operated on and that the surgeries were carried out with a "dubious motivation."
"The doctors advised my parents not to tell me about my sex and simply raise me as a girl," Lynn told CNN. "And of course, it didn't work -- because I'm not a girl."
Read More
Lynn D. plans to register as intersex on his birth certificate in the new year.
Lynn is intersex, an umbrella term used to describe a variety of conditions in which a person is born with reproductive or sexual anatomy that does not fit into binary definitions of female or male.
"I was labeled a girl; I wanted to be a girl and fit in -- but it did not work. I got along better with boys so I thought, 'I'm a boy'. But then I realized that I'm not a boy either ... boys also started to marginalize me. I did not have a good connection with my body and nobody helped me to establish a good connection with my body," Lynn said.
Lynn only learned that he was intersex during a therapy session at the age of 20. It was a revelation for Lynn, who had struggled to fit in with his peers for so many years.
While it helped him to move forward with his relationship with his own body, Lynn says it damaged his relationship with his parents.
"My body was ch