Buckle up, this government shutdown is going to break all records

Welcome to day 19 of the government shutdown!

As it stands, this is already the second-longest shutdown in modern political history – and by Saturday, it will break the record currently held by the 1995-1996 shutdown showdown at 21 days.

And barring a Doug-Flutie-to-Gerard-Phelan level Hail Mary, this shutdown could well drag on for weeks – not just days – longer.

Consider where we are.

These are not the actions – or words – of two sides who are on the verge of a deal. And when you take a step back and look at the broader political context in which this current shutdown exists, there’s every reason to believe it could go for a while.

Trump believes that his pledge to build a wall along the southern US border is one of the central reasons why he is president of the United States. He has also resisted calls from his base to close the government down over wall funding before. And the last time Trump signed a budget – and averted a shutdown – he was visibly angry about doing so. “I say to Congress, I will never sign another bill like this again,” Trump said at the time. 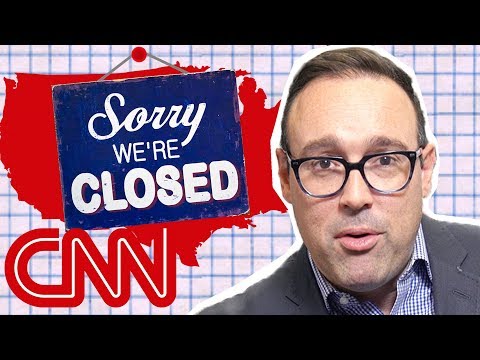 Democrats – led by Pelosi and Schumer – know that their base is adamantly opposed to any compromise with Trump – on this issue or any other. They also know that a majority of the country doesn’t see the wall as the best solution to solving the immigration problem – and that same majority is inclined to blame Trump and Republicans, rather than congressional Democrats, for the shutdown.

“[Trump] has chosen a wall over workers,” Pelosi said at an event featuring furloughed government employees on Wednesday. “The President needs to end his senseless shutdown and reopen the government.”

Into that volatile mix, add this: With every passing day, the stakes of giving in get that much higher. Think of it like this: You are at Disney World and have stupidly forgot FastPasses. Your kids REALLY want to go on some ride. The line is two hours long. You start to wait. It is WAY easier to say, “screw this, kids, we’ll come back later” when you have been in line for 10 minutes. It’s MUCH harder to say the same thing and walk away when you have been in line for 90 minutes. You just have a lot more invested in seeing the thing through.

That’s where BOTH sides are right now. The length of this shutdown has drawn national attention – and the spotlight has only gotten brighter since the start of the new year. Along with that, the rhetoric has become more and more heated. Because of all of that, a deal that might have worked to reopen the government on, say, December 29, 2018, would no longer be workable today.

“Right now if I did something that was foolish like gave up on border security, the first ones that would hit me are my senators,” said Trump on Wednesday. “They’d be angry at me. The second ones (to hit me) would be the House and the third ones would be, frankly, my base and a lot of Republicans out there and a lot of Democrats that want to see border security.”

The takeaway here is simple: Settle in. Trump apparently wasn’t kidding when he said, according to Schumer, that “he’d keep the government closed for a very long period of time, months or even years.”