The trumpet sounds, clear and exultant, and is greeted by a crescendo of boos.

This was the scene at repeated Hong Kong football matches, as fans in the semi-autonomous Chinese city expressed their disdain at being represented by the national anthem of the People’s Republic of China.

Such disrespect of the “March of the Volunteers” will soon be illegal, as Hong Kong moves to adopt a hugely controversial national anthem law which critics say could undermine its constitutional protections for free speech.

Lawmakers Wednesday began discussing the legislation which sets standards for playing and singing “March,” and makes it a crime punishable by up to three years in prison “to insult the national anthem.”

Schoolchildren, including those at international schools, would also be legally required to learn the anthem, which opens with the line, “Arise, we who refuse to be slaves!” 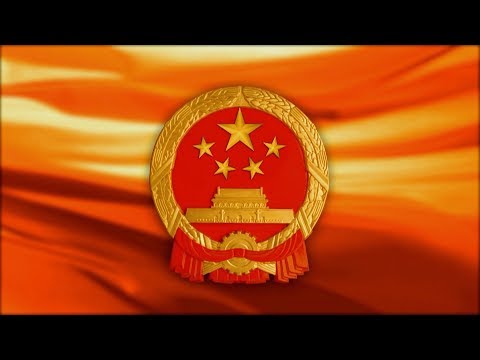 The national anthem law was introduced in mainland China in 2017, amid widespread outrage north of the border at the disrespect shown by some Hongkongers – mainly a tiny subset of football fans – for the song.

BEIJING, CHINA - NOVEMBER 20: A Chinese man wears a mask to protect against pollution as he uses his smartphone on a hazy day outside the Forbidden City November 20, 2014 in Beijing, China. United States President Barack Obama and China's president Xi Jinping agreed on a plan to limit carbon emissions by their countries which are the world's two biggest polluters at a summit in Beijing last week. (Photo by Kevin Frayer/Getty Images)
Kevin Frayer/Getty Images AsiaPac/Getty Images

Following its passage, China’s legislature known as the National People’s Congress added the law to Annex III of the Basic Law, Hong Kong’s de facto constitution. That meant the city’s government was legally required to introduce equivalent legislation, regardless of concerns about whether the law contradicted free speech guarantees also enshrined in the Basic Law.

“The legislative principle of the Bill is to fully reflect the purpose and intent of the National Anthem Law, which is to preserve the dignity of the national anthem and promote respect for the national anthem; and at the same time to give due regard to the common law system practised in Hong Kong, as well as the actual circumstances in Hong Kong,” the city’s government said earlier this month.

Speaking ahead of a debate by lawmakers, the city’s Secretary for Constitutional and Mainland Affairs, Patrick Nip, said his “key performance indicator would not be measured by how many people are prosecuted for insulting the anthem.”

“While the bill aims to ensure those who do insult the song have a price to pay, the last thing I want is to have cases for prosecution. I really hope there will be no such case after the law comes into effect,” Nip said.

Pro-government lawmakers hold a majority in the Legislative Council, and the law is widely expected to pass.

Speaking outside the legislature Wednesday, pro-Beijing lawmaker Priscilla Leung said the national anthem law was about protecting the country’s “dignity.”

“I believe that all Hong Kong people oppose open and intentional insults against the national anthem,” she said.

Hong Kong fans hold up signs that read "Boo" while the national anthem was being played during a world cup qualifier at Mong Kok stadium in Hong Kong on November 17, 2015.
ISAAC LAWRENCE/AFP/AFP/Getty Images

For critics of the Hong Kong and Chinese government, the national anthem law is the latest blow to the freedoms which set the city apart from China.

A general view is seen from a company office, in a harbourside commercial building, whose windows were blown out the day before during Typhoon Mangkhut in Hong Kong on September 17, 2018. - Hong Kong began a massive clean-up on September 17 after Typhoon Mangkhut raked the city, shredding trees and bringing damaging floods, in a trail of destruction that left dozens dead in the Philippines and millions evacuated in southern China. (Photo by Anthony WALLACE / AFP) (Photo credit should read ANTHONY WALLACE/AFP/Getty Images)
ANTHONY WALLACE/AFP/AFP/Getty Images

As Hong Kong tightens screws on rebellion, democracy moves further out of reach

Those freedoms have taken a beating in recent years, with democratically-elected lawmakers expelled from the legislature, others refused the right to stand for election, and numerous prosecutions of activists and pro-democracy figures.

Fears have also been raised over increased self-censorship by the media and other bodies. Last year, a news editor from the Financial Times was denied a visa to remain in Hong Kong after he hosted a pro-independence figure at the Foreign Correspondent’s Club.

The case was the first time in the modern era that a journalist has been barred from working in the city. Following that, several events involving Chinese dissidents were canceled, in what appeared to be acts of self-censorship, though one later went ahead.

The vagueness of the national anthem law will only lead to more self-censorship in future, said Kevin Carrico, a senior lecturer in Chinese studies at Australia’s Monash University.

“Beyond the threat to free speech, the imprecise nature of the offence of ‘insult’ presents an unprecedented challenge to rule of law in Hong Kong, one of the city’s great strengths relative to China,” Carrico wrote this week.

“The bill thus poses a threat not only to Hong Kong’s basic freedoms but indeed to its entire legal system. Ironically, Beijing and its allies are using Hong Kong’s well-established rule of law, one of Hong Kong’s main political and economic strengths, to effectively legislate away rule of law.”

Activists staged a brief protest Wednesday morning, tying a pro-democracy banner to flagpoles outside the legislature. Pro-China demonstrators were also in attendance, calling for the law to be implemented.

“What the National Anthem law says is to require respect (towards the anthem) through legislation. But respect cannot be won via legislation,” pro-democracy lawmaker and government critic Claudia Mo told CNN.

“Respect has to be won by oneself. You cannot threaten and force others to respect you unwillingly.”