Record lows. Canceled flights. No mail delivery. Almost-instant frostbite. That’s what people in the Midwest are dealing with today as the region grapples with what meteorologists call the “coldest air in a generation.” Most of the Midwest will be well below zero for the next few days. And about a quarter of the US population will suffer through subzero temps between now and Monday.

Chicago could see a record low of 27 below zero by tomorrow morning. And in Minnesota, strong winds could push the low to 70 below zero, conditions that could lead to frostbite on exposed skin in as few as five minutes. Extreme weather has killed at least three people, and authorities urge people to stay indoors, bundle up and check on the elderly and the homeless. If you’re sipping warm coffee now, you can check out what this kind of cold actually looks like.

The gulf between President Trump and the country’s top intelligence chiefs was on full display during a Senate hearing. The heads of the intel agencies, including Director of National Intelligence Dan Coats and CIA Director Gina Haspel, contradicted many foreign policy claims made by the President.

• On ISIS. Trump says the terror group has been defeated; the intel chiefs say it’s resurgent.

• On North Korea. Trump says the nuclear threat is over; the intel chiefs say it’s unlikely the North will completely give up its nukes.

• On Iran. Trump says pulling out of the 2015 nuclear deal was the best way to stop Iran from developing a nuke; the intel chiefs say they don’t believe Iran is working to build one.

• On climate change. Trump once called it a “hoax”; the intel chiefs say the possible “irreversible damage” caused by it may create significant security challenges in the future as people compete for resources.

Coats also warned that Russia and other foreign countries will likely use new tactics to target the 2020 elections.

Nicolas Maduro is ready to talk. The Venezuelan President said he’s willing to meet with opposition leaders and international mediators to bring an end to the country’s political turmoil. But he ruled out holding new presidential elections until 2025. Maduro was re-elected to a six-year term last year in elections that many have called illegitimate. Meanwhile, Juan Guaido – the leader of the democratically elected Venezuelan National Assembly who last week declared himself the country’s interim president – finds himself under investigation. His assets will be frozen, and he can’t leave the country during the probe.

Why did Stephen Paddock break two windows in his suite at the Mandalay Bay hotel in Las Vegas and then indiscriminately fire on a crowd gathered for a country music festival? We may never know. The FBI has wrapped its  investigation into the October 1, 2017, massacre that left 58 people dead in the deadliest mass shooting in modern US history. The agency found no clear motive for the attack. The FBI did say Paddock’s actions were inspired in part by a desire to obtain “a certain degree of infamy via a mass casualty attack.”

“Empire” actor Jussie Smollett said he was attacked in Chicago by two people who yelled racial and homophobic slurs, poured an unknown chemical substance on him and put a noose around his neck. Chicago police have started a hate crime investigation. Smollett, who identifies as gay, took himself to the hospital and is in good condition. No description of the suspects has been put out yet, and police say they haven’t found any video evidence yet of the reported attack. They are expanding their search for clues from the neighborhood where Smollett said the attack happened to the Chicago riverfront. Hollywood rallied behind Smollett after word of the attack broke out.

Was there any singer as smooth as James Ingram? The soulful voice behind ’80s R&B hits like “Just Once” and “One Hundred Ways” has died at 66.

Out in the open

While we wouldn’t exactly call it a “positive” result of climate change, melting glaciers in the Canadian Arctic are revealing landscapes not seen in 40,000 years.

The biggest rivalry in Atlanta during the Super Bowl has absolutely nothing to do with football.

Shovel when the baby shovels

First the firefighters at a snowy Iowa home helped deliver a baby. Then, they stuck around and shoveled the driveway.

This fifth-grader was straight-up bored when she visited her mom at work. So, she dreamed up ways to help elderly residents in need.

Hold off on sending congrats to Cardi B on winning a Grammy. The Recording Academy says that “winners list” making the rounds online is fake.

The number of Nigerians forced to flee Boko Haram violence in just two days, according to the United Nations

The percentage of companies that ramped up hiring because of the 2017 tax overhaul. That’s way lower than the hiring boom that was hyped when the expensive tax law was being debated.

“The deal we have is fair and cannot be renegotiated.”

Guy Verhofstadt, the European Parliament’s Brexit coordinator, pushing back after UK lawmakers pressured Prime Minster Theresa May to renegotiate her deal on Brexit, now less than two months away.

Cat is Captivated by Faucet || ViralHog 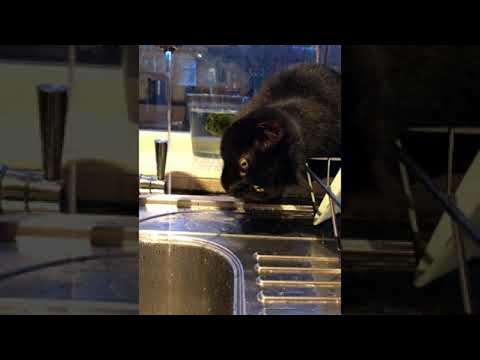 Welcome to Armenia, Colombia, where the locals like Jeeps so much they throw a parade with them. (Click to view)

Who says cats hate water? Pooka the cat is fascinated by the faucet. (Click to view.)