Emojis on license plates? LOL it’s about to be a thing

From March 1, drivers in the state of Queensland can personalize their license plates with a limited selection of the distinctive images.

Plates will still need three letters and two numbers, as the emojis will not be included in official registration numbers. However drivers can decorate them with one of five decorative emojis – “laugh out loud,” “wink,” “sunglasses,” “heart eyes” or “smile” – for up to AU$500 ($350).

Add a little a character with emoji plates 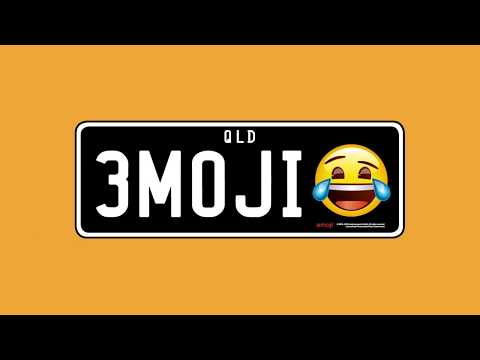 “You can support your favorite team or your favorite town with a symbol on your number plate and using an emoji is no different,” she told CNN affiliate Seven Network.

But elsewhere, they are drawing mixed emotions from drivers.

More than 700 million emojis are used in Facebook posts every day, according to the online reference platform Emojipedia. The number of emoji characters has risen to more than 2,800 – and there is even an unofficial World Emoji Day on July 17.