Whatever you do, don’t call it superstitious.

“It’s not really superstitious. It’s a thing you do every time. There are guys literally that think they won’t play good if they don’t do the same thing (every time),” Columbus Blue Jackets defenseman Seth Jones tells CNN Sport, speaking ahead of the NHL Playoffs’ start.

Let’s face it, even if you might find it hard to admit, we all probably have a few habits that get us out of the house and through each day.

A Montreal Canadiens video crew chronicled Andrew Shaw’s intriguing pregame routine – including slashing a teammate in the knee pad and orchestrating 50 different handshakes – in which he admits: “I’ve added little things that I find just help me get ready for the game.

“I think now it’s just being superstitious going into every game. Most players do have a routine. If they say they don’t, they are lying to you.”

When NHL players are asked about their pregame routine, they often answer in a sheepish, almost noncommittal way – “Oh that’s not me but let me tell you about my teammate.”

Many players don’t readily expand on their daily routines likely out of fear of not wanting to sound odd or give away a secret that an opponent, or even worse a teammate, can use against them.

Winnipeg Jets forward Mark Scheifele warns: “We have (Dustin) Byfuglien on our team who is a big jokester, so anyone who has a superstition probably needs to get rid of it if you play on the Winnipeg Jets. If you set your sticks up a certain way. You put your pads a certain way. Buff’s gonna knock ‘em over.”

Even so, Scheifele, who is the Jets leading goal scorer, has a ritual that ‘afflicts’ several other NHLers – wanting to be the last skater off the ice after the warm-up.

“I am the last one to go off. I like being on the ice. I like shooting around. I like it when no one else is out there. The way I look at it is that if I’m the last one off the ice, I’ve prepared the most.”

Video Ad Feedback
Around the World with the Stanley Cup
02:15 - Source: CNN

Problem is that the Dallas Stars’ Tyler Seguin has the same last man mentality – cue an impromptu game of rock, paper, scissors.

“It’s not like I have ever gone up to Tyler and said: ‘Hey, let’s play rock, paper scissors to see who gets off the ice last,’ says Scheifele. “Sometimes I would just give it to him. Or he would give it to me.

“And then one time he put out his dukes like he wanted to play rock, paper scissors, and I was like this is awesome. I think that’s the fun part of hockey. Obviously, we are competitors but that is a fun way to settle that score.”

When St. Louis Blues forward Ryan O’Reilly arrives at the arena, he’s intent on chilling rather than warming up.

“When I get to the rink, the first thing I do – I get in the cold tub. Its one of those things that wakes myself up. It gets my legs feeling the right way.”

Speaking of cold, according to Florida Panthers defenseman Keith Yandle, his former teammate Jeff Halpern, who is now coaching with the (Tampa Bay) Lightning, used to put his skates in the refrigerator.

“I remember seeing his skates in the fridge and thought that was kinda of … something quirky,” laughs Yandle.

READ: Filip Forsberg on his journey from Sweden to the Nashville Predators

‘Stick in the bathroom’

Other notable pregame routines center around food, with carb consumption high on the menu.

“Chicken and pasta. I think everyone does it. Grilled chicken and penne vodka (sauce),” said Yandle.

It’s pasta and chicken every time for Vasilevski, who is also intent on not varying his breakfast.

“Eggs, bacon, toast, latte. I’m doing latte at home. I have a big café machine. I can be a barista at Starbucks at this point.”

Scheifele is a fan of beet juice, while Arizona Coyotes forward Clayton Keller has a soft spot for sweet potato.

“There’s no shame,” Ovechkin’s teammate Brooks Orpik told the Players’ Tribune. “It’ll be 11 in the morning, way before anyone is really thinking about eating lunch, and Ovi will walk into the dining area yelling, “Mama Lucia! Mama Lucia! [sic].

“I don’t know. It’s weird, but it seems normal now. Then, a few hours later, he’s outskating everyone on the ice, knocking guys on their asses.”

Widely known as the best player to ever play the game, “The Great One” Wayne Gretzky, told Graham Bensinger in 2016, that back in his day, Snickers, hot dogs, and Diet Cokes were the fuel that powered him through.

Compare this to three-time Stanley Cup champion Sidney Crosby. The Pittsburgh Penguins captain counts on a simple peanut butter and jelly before each game.

But don’t let the simple sandwich fool you. Crosby’s before-the-puck-drop rituals might be the most well known. But as someone who has won multiple Olympic golds and Stanley Cups, who can say they aren’t working?

“There is just too many, it’s hard now after you do things for so long to know what is a superstition and what’s just part of your daily routine,” Crosby acknowledged in a 2017 post-practice interview. “There’s a lot of guys in here that have them – they just don’t want to admit it.”

During Crosby’s sixth season, a HBO camera crew followed “Sid the Kid” during his pregame routine – willingly taking the long way around the arena as to not walk in front of the visitors’ locker room. 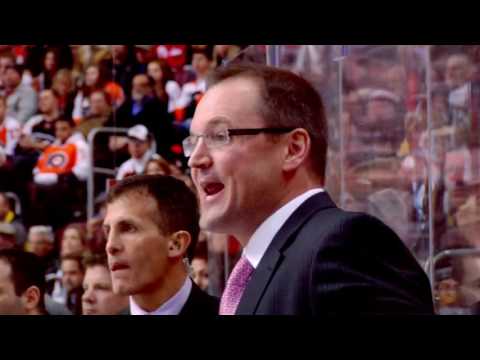 The aforementioned Jones, who says he is not really superstitious, is quick to smile and highlight one of his teammate’s routines. “Boone Jenner is one of the weirdest ones I’ve seen on the bench.

Every time he comes on the bench from a shift, he’ll take (a sip of) water, then Gatorade, water, Gatorade, spit, spit … there is like a certain sequence to it. And if he messes it up – he’s done.”

Jenner counters with, “I’m not the worst.” But in jest seems to admit that if he has a good game or scores, the next pregame meal must be reenacted - right down to the same time, same table and same guy paying the bill.

Meanwhile, the Columbus Blue Jackets’ Cam Atkinson almost appears to laugh in the face of superstitions – the All-Star forward wears the #13 on his back.

When called out about the monotony of his chicken and pasta routine, Atkinson countered: “you should ask (Johnny) Gaudreau about his pre-game lunch.”

At this point Atkinson cracks a big smile. Atkinson knows the Calgary Flames star well. So, well that Gaudreau actually wears the #13 in homage to Atkinson.

“Gaudreau has pasta but has never had pasta sauce in his life. So he gets a big bowl of pasta with nothing – not even butter, no cheese, nothing. I don’t know how you can do that.”

Gaudreau too seems impervious to all of this. “I’m not superstitious at all. I was born on August the 13th. Friday the 13th.”

“You can’t just throw away a game because you are superstitious. I always told myself is to make sure to never let it affect what you are doing if you are unable to do it. That’s the difference to having a routine and superstition.”

Then again, someone like Anaheim Ducks forward Corey Perry, a 2-time Olympic champion and Stanley Cup winner, readily admits that he counts on his elaborate routine to prepare him for a 60-minute game.

“I stretch at the same time,” he told the Players’ Tribune. “I ride the bike the same amount of minutes. I get dressed left foot first – everything left side first. Touch all the doors on the way out (to the ice). The list goes on and on.”

Team-based Stanley Cup Playoff rituals vary; refusing to shave in order to grow thick beards as their teams advance toward the Final, or the subtle tradition of “to touch or not to touch” the conference championship trophy en route to playing for the Stanley Cup, and lest not forget one of the most unique title winning traditions – spending the day with the trophy.

There is scientific reasoning behind the myriad of rituals on display in the NHL.

George Gmelch, a professor of anthropology at the University of San Francisco who has studied superstition in baseball for decades, says that superstitions tend to be more prevalent in areas where there’s a lot of uncertainty – such as elite sport.

“What they’re really doing is giving themselves confidence,” said Gmelch.

“If I do these little rituals, then I’m gonna feel confident going into this activity, and I can succeed and do well.”

So for the next two months as the post-season plays out, before the coveted Cup is lifted skyward, keep an eye out for the unique - dare we say fun – individual routines. But whatever you do, just don’t mention the word superstitious.