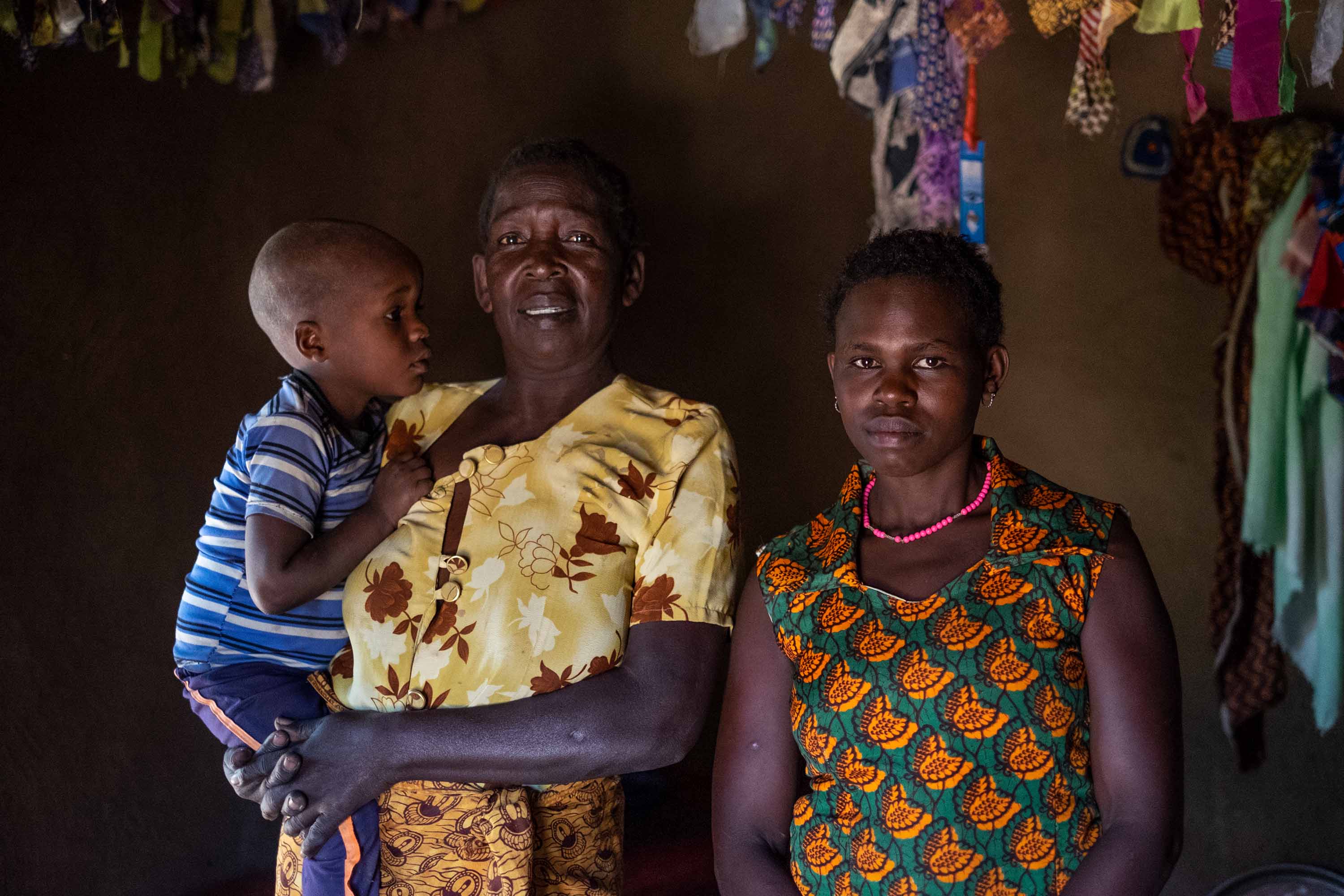 These women got married. But it wasn't for love

By Marta Martinez and Carmen Vidal for CNN

Kitawasi, Tanzania — After leaving her husband, Boke Chaha, 25, married a widow. But it wasn't for love.
"I was over men," said Chaha, a member of the Kuria tribe who lives in the Tanzanian village of Kitawasi, near the border of Kenya. "I chose to come stay with this woman, to help each other."
She wed 64-year-old Christina Wambura five years ago, under the Kuria tradition of nyumba ntobhu, or "house of women." The practice allows an older woman without male descendants to marry a younger woman -- who has sons or may have them in the future -- ensuring her legacy won't get lost. But it also offers women something else: safety.
Over 78% of women in the Mara region, where the Kuria tribe makes up the majority of the population, have been physically, sexually or psychologically abused by their husbands, according to government data. It is the highest domestic violence rate in all of Tanzania. For an increasing number of Kuria women, nyumba ntobhu has provided an exit strategy.
Boke Chaha, 25, and her son at their home in Kitawasi.
The unions have become increasingly popular within the Kuria tribe. In Tarime district, where Chaha and Wambura are from, these female marriages now represent over 20% of households, according to the local NGO Centre for Widows and Children Assistance.
Read More
While not romantic or sexual, the relationships serve as a stark contrast to how Tanzanian law treats same-sex couples. Homosexuality is illegal in Tanzania, and women who do love each other cannot show it in public. Members of the LGBTQ community have become increasingly persecuted, and some in other parts of the country say they fear for their lives because of a crackdown orchestrated by a controversial governor.
Inside their modest home, Chaha and Wambura have created an oasis. Colorful strips of fabric are arranged in a fringe-like rainbow across the ceiling. Orange, purple and yellow cloth circles paper the walls. One of their young children patters in and out of the doorway, stopping to sit with Wambura as she prepares lunch.
A strand of fabric decorating Chaha and Wambura's home.
"Life here is much better. There is no one beating me up. No one is fighting with me. It is a partnership in finding food for the kids and us," Chaha said, sitting outside in the afternoon sun.
Chaha says she felt threatened by her husband, who she married at 15. She wanted a safer environment for her son, so she left him.
Chaha went back to her parents' home, but she still had to repay the dowry he had given her family -- nine cows. Each cow is worth about 500,000 Tanzanian shillings (about $216 dollars).
Soon after Wambura asked for Chaha's hand, she offered to cover the costs of her dowry.
"Christina came and asked my father if I could live with her," Chaha explains. "The dowry she gave my father was used to refund my ex-husband. So, I am officially her family now."
Wambura says she had also experienced a volatile first marriage. She wed when she was 11 years old and lived on the other side of Kitawasi with her husband. After her son died at birth, she couldn't get pregnant again.