Joe Biden once spoke about jailing employers who hire “illegals,” said sanctuary cities shouldn’t be allowed to violate federal law, and argued a fence was needed stop “tons” of drugs coming into the country from “corrupt Mexico.”

Then-Sen. Biden’s past comments, which he made in the run-up to and during the 2008 presidential race, show an approach to the issue of immigration that could run afoul of the party’s more liberal wing as Biden seeks the Democratic nomination to take on President Donald Trump in 2020. It also shows how Biden’s long record in government can at times provide a contrast to where the Democratic Party has evolved in recent years.

Speaking to a South Carolina rotary club in November 2006, Biden touted his support for the Secure Fence Act – a bill that authorized 700 miles of double-layered fence on the border through more than a billion dollars in appropriations. The bill was also supported by then-Sens. Barack Obama and Hillary Clinton. CNN’s KFile reviewed the video, which had been posted on YouTube at the time.

“Folks, I voted for a fence, I voted, unlike most Democrats – and some of you won’t like it – I voted for 700 miles of fence,” Biden told the group. “But, let me tell you, we can build a fence 40 stories high – unless you change the dynamic in Mexico and – and you will not like this, and – punish American employers who knowingly violate the law when, in fact, they hire illegals. Unless you do those two things, all the rest is window dressing.”

Joe Biden's experience sets him apart. It could also hurt him in 2020.

“Now, I know I’m not supposed to say it that bluntly, but they’re the facts, they’re the facts. And so everything else we do is in between here. Everything else we do is at the margins. And the reason why I add that parenthetically, why I believe the fence is needed does not have anything to do with immigration as much as drugs,” Biden continued. “And let me tell you something folks, people are driving across that border with tons, tons, hear me, tons of everything from byproducts for methamphetamine to cocaine to heroin and it’s all coming up through corrupt Mexico.”

Biden’s decades-long record on several issues – including criminal justice and financial regulation – has come under scrutiny as he seeks the Democratic presidential nomination for the third time. Biden, along with other candidates like Sens. Kirsten Gillibrand and Kamala Harris, has had to contend with harmonizing his record with a more liberal Democratic Party.

But his past comments on a border barrier and sanctuary cities are similar to positions Trump has taken as President – stances that many Democratic candidates have attacked during the campaign.

Andrew Bates, a spokesman for Biden, said he believes in working toward border security without compromising values and he opposes cracking down on sanctuary cities.

“As then-Senator Biden said at the time, ‘we can build a fence 40 stories high,’ but it will not address the real issues here. Vice President Biden believes we have to stop trying to scare people and instead have an immigration discussion based on facts,” Bates said. “He believes that we can secure our borders without abandoning our values, and that we should do that by addressing the root causes of immigration abroad and working toward comprehensive immigration reform at home, including a pathway to citizenship for undocumented immigrants and smart border security. He also believes that the Trump Administration’s approach to immigration, including its crackdown on sanctuary cities and especially its repugnant treatment of migrant children, is contrary to our values as a nation.”

More recently, Biden has played up the role of technology in securing the border from drugs. At an event in April, Biden discussed the need to enhance technological capabilities at legal ports of entry and working with countries where some of these drugs originate, “instead of building more barriers.”

“I’m not being a wise guy about the wall and the President, all that, for real, my word,” Biden said. “But instead of building more barriers, if it’s drugs you’re talking about, we can take one tenth of the amount of money we’re talking about building the wall and significantly increase the technological capability at legal ports of entry because that’s where 95% of all the stuff is coming through.”

During the 2008 presidential election, Biden also opposed granting driver’s licenses to undocumented immigrants – an issue that dogged Clinton in the 2008 and 2016 Democratic presidential primary. His immigration plan also called for increasing funding for border patrol.

Speaking at a September 2007 debate at Dartmouth College in New Hampshire, Biden said he would not allow so-called sanctuary cities to ignore federal law.

“Yes or no, would you allow those cities to ignore the federal law?” Biden was asked. “No,” he responded.

At another 2007 event, Biden called for sending employers of undocumented immigrants to prison.

“We’ve got to get tougher with employers. In fact the person we should send to jail is not the illegals, we send to jail the employers,” Biden said. “If you knowingly hire an illegal alien, then you should be held accountable. Because let me tell you, the next person I hear tell me that my labor guys aren’t willing to work hard, that’s why you have illegals putting up sheetrock, then I want to tell you, you don’t know my guys.” 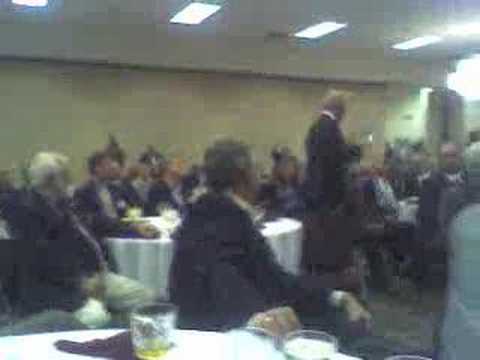