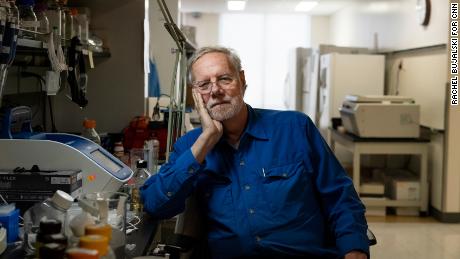 Ron Davis in the Stanford Genome Technology Center, the lab he's directed since 1994.

He pioneered technology that fueled the Human Genome Project. Now his greatest challenge is curing his own son

By Ryan Prior, CNN
Photographs by Rachel Bujalski for CNN

(CNN)Multiple times a day, every day, Ron Davis sits with his head bowed, waiting outside his son's bedroom for a subtle signal that it's all right to come in.