Eurovision: What is it and what time is it on?

Ah, Eurovision – the kitsch, camp, glitzy annual spectacle that captivates a continent and profoundly confuses the rest of the world.

The annual singing competition attracts hundreds of millions of viewers, has given the world acts including Abba, Celine Dion and Olivia Newton-John, and may even have brought Europe together in the wake of the World War II.

But truly understanding the joys and many, many oddities of Eurovision is trickier than it seems. It blends geopolitical skullduggery and skin-tight leather trousers like no other international event can. It sees entire countries glued to their televisions, certain in the knowledge that victory alone can secure a unifying sense of national pride.

And – most importantly – it tears through copious amounts of glitter, crates of pyrotechnics and wardrobes full of frilly national dress, all in the name of transboundary cooperation.

In simple terms, it’s an international singing competition organized by the European Broadcasting Union (EBU). It takes place once a year, and is hosted by the previous edition’s winning country. There are two semi-finals, and a grand final, which this year is taking place on Saturday in Tel Aviv, Israel.

Of course, it’s also so much more than that. The show features awkward back-and-forths between presenters, plenty of political messaging, a few big talking points and a controversy or seven. This year, Madonna is even performing during the interval.

But the contest’s lore throughout Europe comes mainly from the downright absurdity of the contestants taking part. Just how weird are we talking? We’ll get to that…

How did it all start?

The story of the origins of Eurovision is surprisingly noble. Tasked with bringing together a continent torn apart by war, the fledgling EBU organized a musical contest. Seven countries took part the first time around, with the live event testing the limits of the new and shiny technology called “television.”

The contest rapidly expanded, and its message of peace and harmony was eagerly embraced – that’s why, today, Europe remains a united and carefree region with a contented population and almost no cross-boundary divisions to note. OK, we may be exaggerating that last part.

Any member country of the EBU can take part, and that includes countries on the fringes of Europe such as Morocco, Jordan and this year’s hosts, Israel. The Vatican is technically a member too, but their long-overdue entry into the Eurovision fray is tragically yet to materialize. Australia, though not quite within the boundaries of Europe, also takes part.

This year, 41 countries entered, but those were whittled down to 26 via two semi-finals. Because they’re the five biggest financial contributors to the EBU, the UK, France, Germany, Spain and Italy all qualify for the final automatically – a reward worth paying any price for.

Each country performs a three-minute song once, during a very, very long and somewhat emotionally draining broadcast. Singers can sing in any language – most choose English, but plenty opt for their own – and they don’t even need to be from the competing country. Many countries choose their contestant in a televised competition. The possibilities are endless – washed-up boybands, regional superstars, novelty acts and more all take part on an annual basis.

Then, for those viewers still sober enough to process numbers, the results are announced – each country hands out points to their favorite competing nations, separately revealing the scores from an expert jury and the public vote. Countries give 12 points to their top dog, 10 to their second-favorites, and between one and eight for their honorable mentions.

Votes are read out, via satellite link, by a national celebrity in each of the countries that entered the contest, so we get a whistlestop tour of over 40 European capital cities. “Hello Tel Aviv!” they’ll all shout, before milking their fifteen seconds in the spotlight and desperately trying to keep it together despite an excruciating delay in the video link. Scores are are announced in English and French – and so the dreaded prospect of “nil points” hangs over every nation until they finally get on the board.

John and Edward Grimes of the band Jedward perform for Ireland in 2011.
Getty Images/File

Wait, why is Australia in Eurovision?

No one’s quite sure. The country was invited to join as a “one-off” in 2015, to celebrate the contest’s 60th anniversary, but it has stuck around ever since.

In theory, it’s because Australians have loved Eurovision for decades – despite it starting in the early hours of the morning, it is broadcast annually by TV channel SBS. If Australia won, the following year’s contest would likely be held in a European country of its choosing – which probably presents Britain’s best chance of ever hosting the competition again.

How popular is it?

Oh, it’s huge. Around 186 million viewers watched last year’s competition, according to the EBU. Certain regions within Europe take it especially seriously – Scandinavian nations have long been obsessed and can boast a long list of winners.

In Iceland in 2018, more than 95% of television sets were tuned in to Eurovision – despite the country not even qualifying for the final.

Popularity varies from country to country, but few nations can honestly say they’re uninterested. The UK likes to pretend it’s above the whole thing, but Brits are secretly seething that the once-successful nation hasn’t taken home the crown since 1997. They like to put the drought down to all manner of political motivations – currently, Brexit seems the most logical explanation – and stubbornly refuse to accept the possibility that their entries are just not very good.

Who’s won the most?

Ireland has the most wins, with seven, but the majority of those were from the early days of the contest, and Sweden need just one more victory to equal their record. Monaco are the smallest country to have won, with their David vs. Goliath triumph coming in 1971.

Overall, 27 countries have won the contest. Portugal was the most recent new winner, taking home the title in 2017.

OK, how weird are these performances?

I thought you’d never ask. In recent years, Eurovision has seen an ethno-pop band called Buranovskiye Babushki comprised of eight Russian grandmothers; a pair of rapping Montenegrin astronauts; an all-female Polish group who churned butter throughout their performance; a Ukrainian dancer in a hamster wheel; and Ukrainian superstar Verka Serduchka, who… well, it might just be easier to see for yourself. 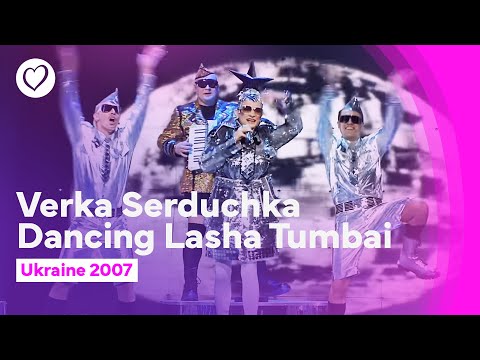 That came in second.

Not quite every country opts for such an over-the-top spectacle. On Saturday, as is the case every year, there will be a handful of drab ballads about peace, and a few more about love. But with every nation keen to stand out from the pack, even the most straightforward tunes can be presented in some eyebrow-raising ways.

All hail the absurd joy of Eurovision

The chorus to Greece’s 2013 ska-punk entry was the statement “alcohol is free” sung ad nauseum, while Estonia’s 2008 performance included dancers in bikinis holding up pictures of onions, for no clear reason.

And Eurovision always manages to stay current – so current, in fact, that San Marino’s 2012 entry was called “The Social Network Song,” and featured the lyrics: “If you wanna come to my house, then click me with your mouse.” But most topical expressions are political: Ukraine’s winning 2016 song, “1944,” for example, detailed the deportation of the Crimean Tatars in the Soviet Union and severely angered Russia.

So expect bright colors, perhaps some magic tricks, a few questionable hairstyles… and most importantly, expect the unexpected.

Is it always so controversial?

Absolutely. Eurovision vaguely resembles Christmas Day – it’s circled on the calendar months before, and millions look forward to it with bated breath. Then, when it finally arrives, everyone falls out with each other and the whole thing descends into one giant shouting match. With sequins.

Officially, no “lyrics, speeches (or) gestures of a political nature” are allowed during the contest – but if you believe that, you’ll believe anything.

In fact, Eurovision’s history has always been connected with the continent’s politics. It’s been alleged that, as early as 1968, Spanish dictator Francisco Franco oversaw a campaign of vote-buying to hand victory to Spain, over the heavily favored British entry Cliff Richard.

Russia's Sergey Lazarev (C) reacts during the final vote counting during the Eurovision Song Contest final at the Ericsson Globe Arena in Stockholm, on May 14, 2016.
MAJA SUSLIN/TT/AFP/AFP/Getty Images
video

More recently, Lebanon pulled out of its scheduled Eurovision debut in 2005 during a spat over its refusal to broadcast the Israeli performance. And in 2009, a year after Russian-Georgian tensions reached a flashpoint in South Ossetia, Georgia withdrew its entry for the Moscow contest, after unsuccessfully arguing that their entry “We Don’t Wanna Put In” had nothing to do with the Russian President.

And then there’s the ever-present complaint of political voting, with clear regional blocs of nations always seeming to gift each other plenty of points. That explains why more isolated nations really need to go above and beyond to win.

Editions in cities such as Baku have also drawn complaints over the human rights records of competing nations. This year’s contest, in Tel Aviv, has been particularly controversial, coming at a tense time for the country after a flare-up of violence between militants in Gaza and the Israeli military.

Who’s going to win this year?

In fact, he’s little-known even at home. But his debut single “Arcade” is attracting plenty of buzz among Eurovision experts and performed well in the semi-finals – meaning the Netherlands are in pole position to claim their first Eurovision title since 1975.

Australia are also in the running, but if they pulled off their first ever Eurovision victory it would likely cause chaos back in Europe. With Brexit, political division and regional disputes dominating headlines, it would surely be a cruel step too far if Europe can’t even win its own singing competition.

The Swiss entry has earned some love, and Sweden are always a good bet. But watch out, too, for Iceland – their techno-bondage-synth-punk act Hatari have raised eyebrows already, and they’re sure to provide one of Saturday’s most memorable performances.

Eurovision sounds great. How do I watch it?

That’s the spirit. If you’re in Europe but you’ve so far held out against embracing the wondrous tradition that is Eurovision, you’ll likely be able to find it on a terrestrial broadcaster. US networks only began showing the event in recent years, and there are no plans to broadcast it this time – but worry not, as there’ll be an official live stream on YouTube. Swedish broadcaster SVT will also put up an on-demand repeat, which can be watched anywhere.