When she walks into a room to talk to CNN about her life, career and her new music she is radiating happiness and looking too young to have first auditioned for “American Idol” 16 years ago.

“I’m a hugger,” she says with her arms outstretched and a big smile.

Those who have followed her journey know that she has not always been so contented.

She was Fantasia Barrino, the single mother of a young daughter who won Season 3 of “Idol” back in 2004.

What followed were some dark days and plenty of criticism. Questions were asked as to why her career wasn’t bigger, there were rumors she was both broke and difficult to work with, and taunts about her literacy after it was revealed she had problems reading.

‘Idol’s’ Fantasia: ‘The best is yet to come’

Her 2010 VH1 reality show, “Fantasia For Real,” documented a messy personal life which included a relationship with a married man.

The singer would go on to take an overdose of over-the-counter medicine at her North Carolina home in the midst of her despair. The following year she made headlines after she gave birth to her second child, a son.

But through it all Fantasia found solace in both her relationship with God and her music.

“I’ve been through a lot and I’ve learned a lot,” she recently told CNN. “I believe that that was necessary and on purpose for me to be able to be the woman I am today and run a business.”

Since she first wowed audiences with her powerful pipes, “American Idol” has been rebooted by ABC.

On Sunday night that show crowned its latest winner.

Speaking to CNN before the finale, Fantasia said her advice for the winner would be to “put God first.”

“Everyone’s path is different,” she said. “Make sure you have the right people around you, because when you do, things will be a lot smoother.”

The singer has tried to follow her own advice. The video for her new single “Enough” opens with her talking about how she’s found love, real love. 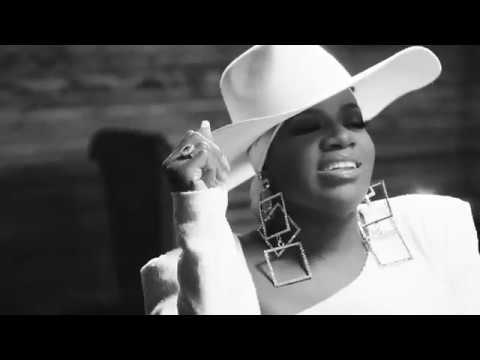 In 2015 she married businessman Kendall Taylor and her social media followers are often treated to glimpses of their life together.

She credits her husband with helping encourage her newfound passion for books. “I read a lot now. I used to hate to read, hated it, and now I can’t stop reading,” she said. “And you know, who inspired me with that? My husband. He reads all day long.”

Fantasia loves it so much that she now says she wants to write because she “realized that books are healing too, as well as music.”

The former star of the “The Color Purple” musical also wants to dive into acting more and said she has a forthcoming role playing an athlete’s mother that she’s not at liberty to give full details on yet.

But what she can talk about is her new music.

She said she’s on a mission to reinvigorate interest in the rock soul genre.

Fantasia comes from a family of singers and musicians (cousins KC and Jojo are members of the 90s R & B group Jodeci) and she said she grew up listening to so many different genres of music in her house, from gospel to Bonnie Raitt.

For that reason she wanted her forthcoming album, her seventh, to be reflective of her ability to sing what she enjoys.

“I don’t have to be held in a box because my gift is too big for the box,” she said. “And that’s what rock soul is. It’s a live feel, it’s what we are doing onstage, it has flaws and it is flawed. It’s music.”

And for those who worry that her music won’t be as moving without the pain that has come to be associated with some of her earlier songs now that she’s in a better place, Fantasia has a message for them.

“‘Why do you want to always listen to painful music. I could no longer keep just listening to music that was sad because that keeps you in a sad place. I no longer want to be in pain.”