Robert Kraft has warned that failure to tackle anti-Semitism will open the door for other forms of racism and discrimination to flourish with the help of social media.

Kraft, owner of NFL franchise New England Patriots, stepped up his fight against anti-Semitism last week after his Major League soccer side New England Revolution team hosted Premier League Chelsea in a game that raised over $4 million for groups fighting against hate.

The match, which drew an attendance of around 25,000 at Gillette Stadium last Wednesday and was also attended by Chelsea owner Roman Abramovich, comes at a time where anti-Semitic incidents in the US have remained near historical levels in 2018 after surging the previous year, according to an annual report from the Anti-Defamation League.

“I think it’s unfortunate in today’s world that we still have this hatred,” Kraft told CNN Sport when asked about the rise in anti-Semitism and the deadly attacks on synagogues in Pittsburgh and Poway, California.

“I think part of it is the growth of social media and the lack of discipline or being able to control people who are out of control in that area and can just say anything and it becomes fact.

“I believe humankind basically wants to do the right thing and that’s what we have to do, to appeal to, and not be afraid to stand up. It’s anti-Semitism today but that just opens the door to everything and so that’s where we’re at.”

Video Ad Feedback
Threat of violence against Jews in US at alarming levels
04:58 - Source: CNN

According to this year’s figures from the ADL, which tracks such incidents across the United States, 2018 was the third-highest year on record for assault, harassment and vandalism against Jews since the audit was begun in 1979.

There were a total of 1,879 attacks against Jews and Jewish institutions across the country, according to the report. This total includes the 11 people killed during the October 2018 mass shooting at the Tree of Life synagogue in Pittsburgh, believed to be the deadliest attack on the Jewish community in the history of the US.

These numbers are down slightly from the 1,986 anti-Semitic incidents in 2017, the ADL said.

The decision by Kraft and Chelsea to hold a charity match came in the aftermath of last October’s attack in Pittsburgh. 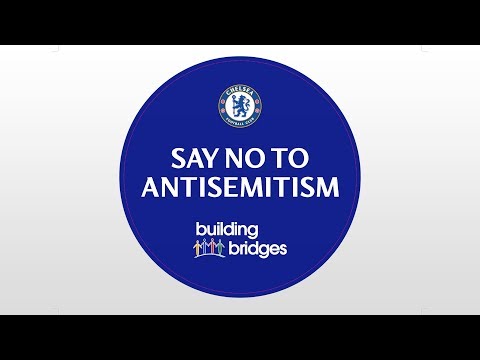 “When we saw this event happen in Pittsburgh we mutually wanted to do something to show our respect and concern and so it was really magnanimous of him (Abramovich) to bring his team here, especially when they are still competing for the Europa League and fly over here for seven hours,” Kraft, who watched the game alongside Abramovich at Gillette Stadium, told CNN.

“They’ve visited schools, been to the Holocaust memorial in Boston, they were all at my home last night, both teams for a program. A lot of people talk about things but Chelsea actually does it and stands behind it.

“Chelsea has been a great role model and show great leadership and a great partner. We are honored to do this. I think it has turned out pretty well.”

Kraft is a firm believer that sport has the ability not only to educate but to influence people in a positive manner.

Earlier this year Kraft was in the news for a different reason. He is facing misdemeanor charges of soliciting prostitution, stemming from a raid on a day spa in Florida. He’s pleaded not guilty.

A spokesperson for Kraft has denied that he had committed a crime.

In a March statement, Kraft apologized for hurting and disappointing his family, friends, co-workers and fans.

“As I move forward, I hope to continue to use the platform with which I have been blessed to help others and to try to make a difference. I expect to be judged not by my words, but by my actions. And through those actions, I hope to regain your confidence and respect.”

Since buying the Patriots in 1994 for a then league record of $172 million, Kraft has established the franchise as one of the most successful in the NFL.

Under Kraft’s ownership, the Patriots have won six Super Bowl titles and at $3.7 billion is now valued as the sixth most valuable professional franchise in the world, according to Forbes.

But Kraft, who built his estimated $6.6 billion fortune in the paper business, says it is the outreach work done by the Patriots and Revolution which makes him most proud.

“Part of my interest is that I used to sit in the stands at the Patriots and we were one of the worst teams and I dreamed about owning it,” Kraft added.

“I realized how it affected my life and the life of everyone in the community if I could own it what we could do to strengthen the bonds of our own community and do good. We were the first team in the NFL to do 10 community appearances for non-remuneration.

“My late wife was very concerned I had paid too much for the team and I said: ‘Look, if we win with this team we will make a bigger impact on the community than if we gave away half a million dollars every week’ and that has happened and it happens with soccer.

“Soccer is really the sport of the globe. Having the influence, having kids be educated and seeing their heroes say things.”