‘I’m scared for my daughter’: Life in India’s first city that’s almost out of water

As Manjula Sridhar went into the operation theater of a maternity ward in Chennai, the capital of the southern Indian state of Tamil Nadu, her mother began arguing with the doctor over a water shortage that threatened to delay the delivery.

Cradling her little girl, Sridhar recalls the doctor saying that they would have to wait for a water tanker to arrive because all the water in Egmore’s Government Hospital for Women and Children had run out.

The problem is Chennai has become the first major Indian city to face an acute water shortage.

Every morning, millions of residents line up daily to fill cans and pots of water from state water trucks across the city.

Some residents get their rationed quota of water daily, while others get it once a week. People are having to wash utensils in the same dirty water, saving a few bottles of clean water to cook food.

But it is the city’s essential services that have been the hardest hit: hospitals, businesses and schools have struggled to stay afloat. 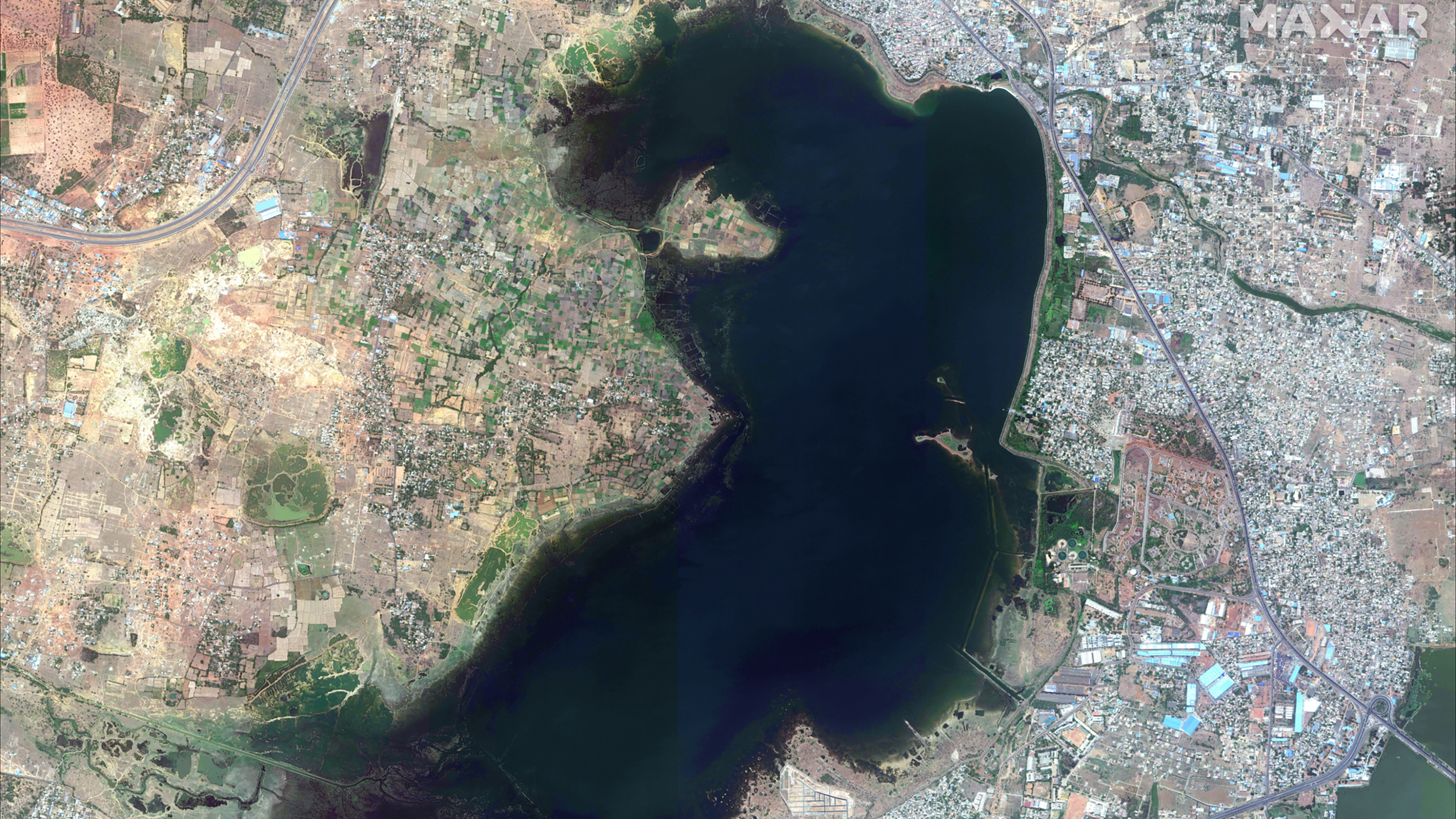 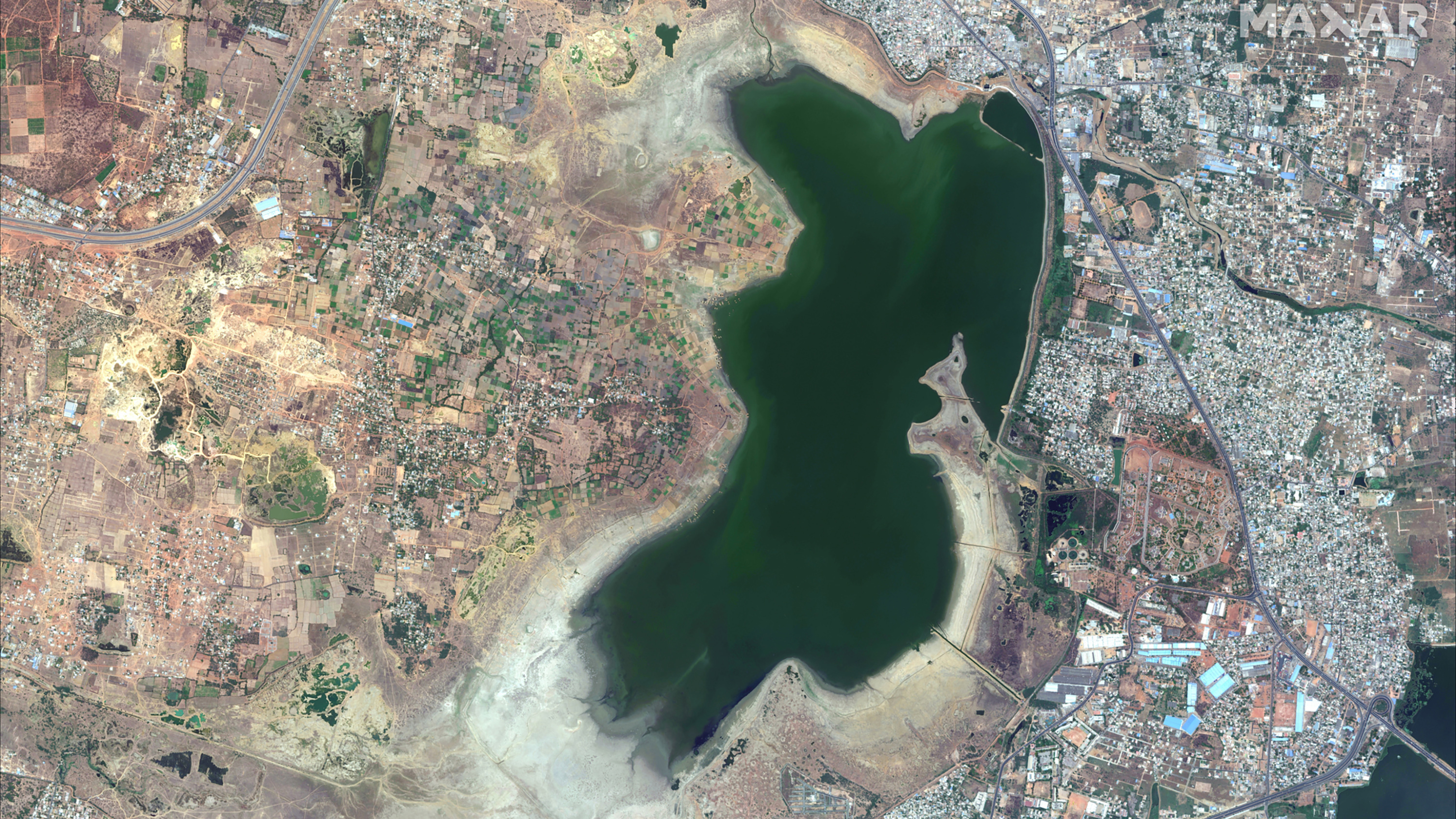 Another hospital a mile away has been unable to cater to the hundreds of women who come for deliveries each week. 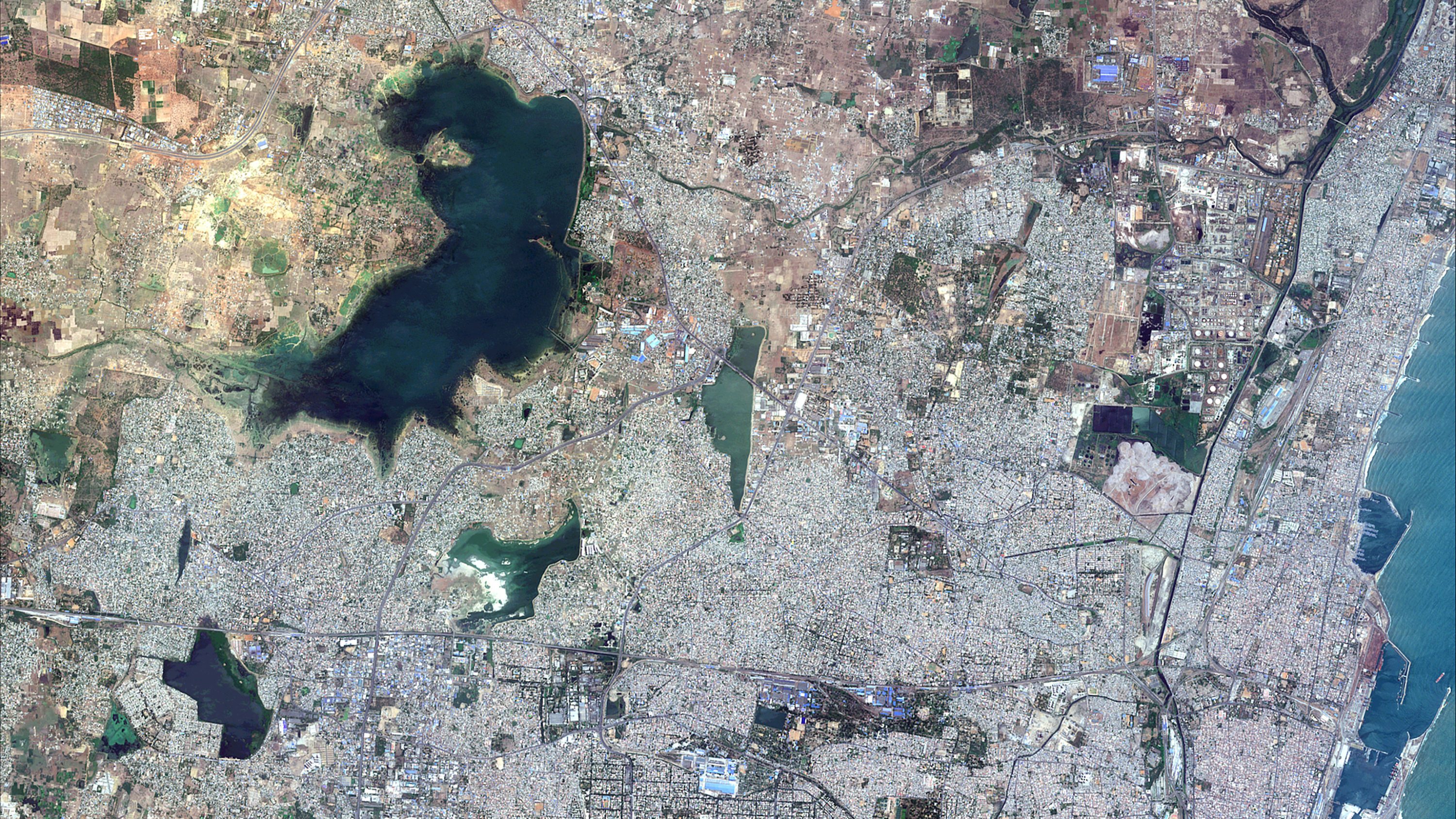 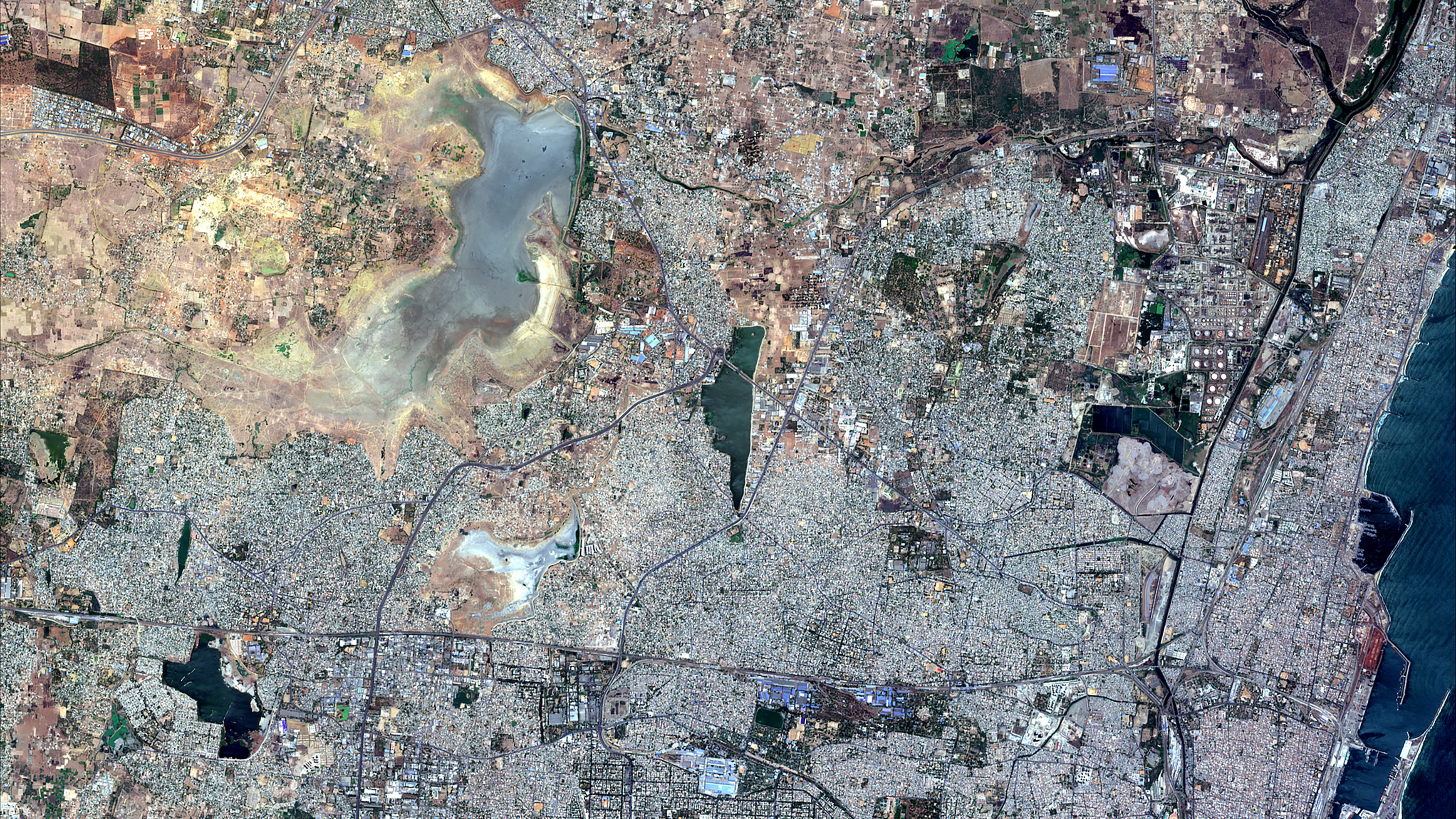 The operation theater of the Government Kasturba Gandhi Hospital for Women and Children has barely any water to clean the medical equipment, said Prema S., a 30-year old nurse in the maternity ward. Like many in south India, she uses an initial for her surname.

“I have never encountered a situation like this … smaller hospitals like ours are not given any importance,” she added.

With the ongoing water shortage, businesses across the city have been forced to shut down and have no option but to wait for the crisis to pass.

India's monsoon lasts only about four months a year, forcing farmers to find other sources of water for the remaining eight months.
T. Narayan/Bloomberg/Getty Images

Indian farmers are using the sun to help water their crops

A line of small restaurants at Chennai’s Pantheon Road have had their shutters down for weeks. One restauranteur, Kathir J,. said he has been closed for two weeks and he is losing 5,000 rupees ($72) every day.

“I used to have at least 20-30 customers during lunch and more during dinner. This was where people who could afford a complete meal for 20 rupees (30 cents) came,” he added.

Four reservoirs, which supply Chennai’s water, have almost run dry. And the groundwater levels have dropped drastically over the years.

“Because the level of water in the reservoirs has gone down, and due to less rainfall … a drinking water problem has arisen in Chennai,” said Edappadi K. Palaniswami, chief minister of Tamil Nadu Friday. 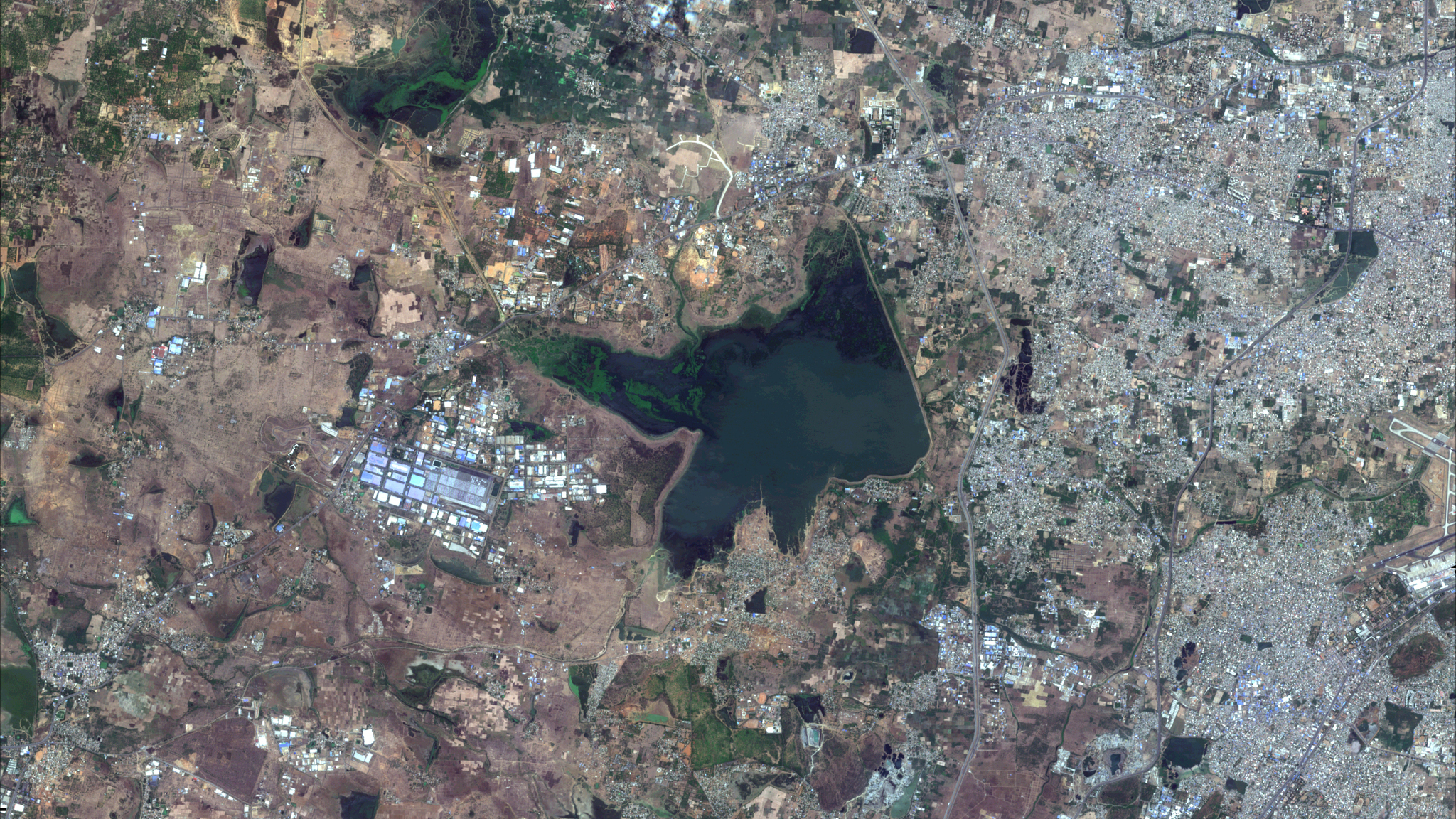 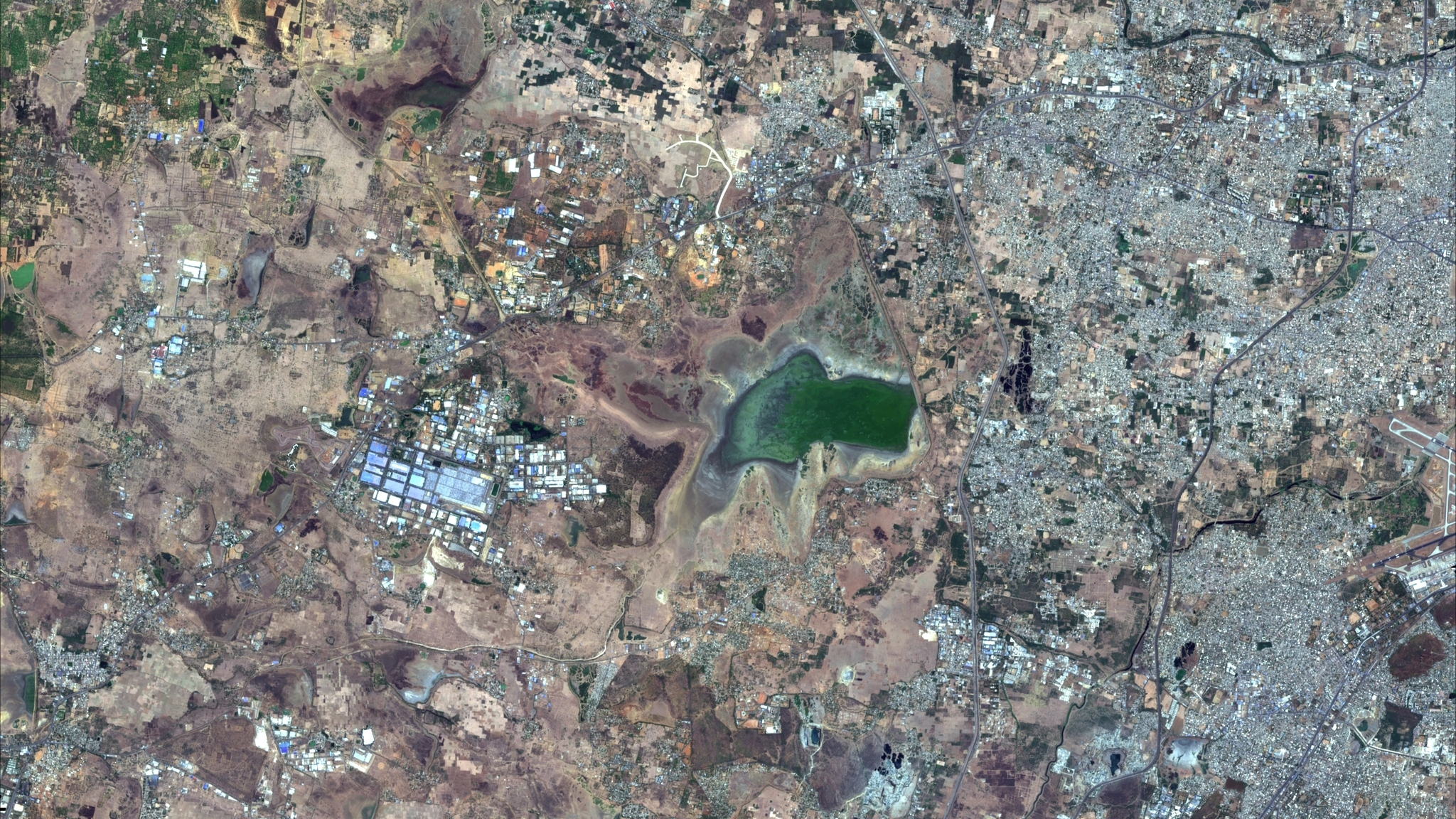 Even as the government scrambles to provide a steady water supply to the city, people have accepted that running water will not be available for a long time. Families have started to fill small tanks in their homes and use water sparingly.

“I carry a bottle with me to school from the water we get from the tanker. I feel bad because it feels like stealing that water from my family,” said Janani, a 16-year-old student at a Chennai school, who was not comfortable sharing her last name.

The city's essential services have been hit by the water shortage.
P. Ravikumar/Reuters

The shortage in India’s sixth largest city is symbolic of a crisis that is being felt across a country battling with one of its longest heatwaves, which has killed at least 137 people.

India has been inching closer to a debilitating water crisis for months. With poor water management and unsupervised groundwater extraction, experts said that 600 million of India’s 1.3 billion people are facing acute water shortage.

According to a report released by Niti Aayog – a government-run think tank – 21 major cities including New Delhi will run out of groundwater by 2020.

“This crisis is further driven by a poorly defined legal framework for groundwater that rests ownership with landowners and leads to unchecked extraction. This crisis is most acute in the Indian agriculture sector, where groundwater accounts for 63% of all irrigation water,” states the report.

The state government has dismissed reports that water is not reaching everyone in the city. “The reports that every district does not have water, is not true. We are working to supply water to every district … don’t make water political,” said Palaniswami.

Annadurai accused the state government, which is led by the All India Anna Dravida Munnetra Kazhagam party (AIADMK) and is part of Prime Minister Narendra Modi’s ruling coalition, of “dismissing the reports as exaggeration by the media and the opposition.”

Annadurai added that “restaurants have been closed, students are in schools where there is no water, people working in IT companies have been asked to stay at home.”

India's monsoon lasts only about four months a year, forcing farmers to find other sources of water for the remaining eight months.
T. Narayan/Bloomberg/Getty Images

Indian farmers are using the sun to help water their crops

The Tamil Nadu state government has finally begun accepting help from other states. During Friday’s press conference, Palaniswami announced that the state is accepting the Kerala government’s offer of 2 million litres of water every day – which will be brought in by rail to Chennai.

For a city used to receiving 820 million litres of water every day, this may be a drop in the bucket but it is help that the residents of Chennai desperately need.

“I’m scared for my daughter,” Sridhar said. “If we already have water problems now, how am I going to make sure that she has water to drink tomorrow?”