Microsoft unveils revamped Bing search engine using AI technology more powerful than ChatGPT
Zoom will lay off 1,300 employees and CEO is taking a massive pay cut
IRS suggests waiting to file your taxes if you got a special payment from your state in 2022
Something isn't loading properly. Please check back later.

A new trailer for the sequel of 1986 blockbuster “Top Gun” is stirring up controversy because it shows Tom Cruise putting on the iconic bomber jacket he wore in the original film — but with two key changes.

In the Paramount Pictures trailer of “Top Gun: Maverick,” two jacket patches that had originally shown the Japanese and Taiwanese flags appear to have been swapped out and replaced with two ambiguous symbols in the same color scheme — leading to social media speculation that the swap was done to appease China.

Several Twitter users quickly pointed out that Chinese tech giant Tencen (TCEHY)t is one of Paramount’s partners on the movie, which is slated to release next summer. Tencen (TCEHY)t said in December that its subsidiary Tencen (TCEHY)t Pictures is “an investor and co-marketer” of the highly anticipated sequel.

Paramount Pictures, which is owned by Viacom (VIA), and Tencent Pictures did not immediately respond to requests for comment.

In the trailer of "Top Gun: Maverick," two jacket patches that had originally shown the Japanese and Taiwanese flags (left) appear to have been swapped out and replaced with two ambiguous symbols in the same color scheme.
@markmackinnon/TWITTER

Chinese and Japanese relations have long been fraught, with tensions flaring in recent years over disputed islands in the East China Sea.

China and Taiwan also have a complex relationship — Taiwan has been self-governed since separating from China in 1949, but Beijing still views the island as its territory, and for decades has tried to threaten or cajole it into rejoining the mainland.

As part of this campaign, China has pressured companies, airlines, and governments worldwide to refer to Taiwan as a Chinese territory and to switch diplomatic allegiances from Taiwan to China. 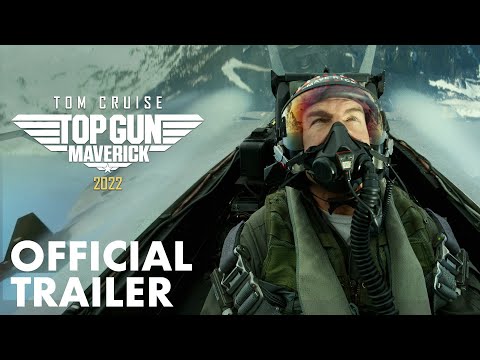 “A film glorifying the US military, bowing to Chinese sensitivities,” one person wrote on Twitter. Another called the swapped flags an example of “more tools of Chinese soft power coercion.”

The original 1986 “Top Gun” helped make Tom Cruise a star. In the new trailer, his danger-seeking naval aviator hasn’t changed much. He’s content with his life as captain — even if, as his superior points out, he should be an admiral by now — and living on the edge.

In a surprise appearance at Comic Con in San Diego last week, Cruise debuted the trailer before a crowd of cheering fans and said, “34 years ago I made a movie… For me Top Gun is about competition, it is about family, it is about sacrifice, it’s about heroism and it’s about aviation.”

Tencent Pictures has also been affiliated with other popular Paramount films, including “Wonder Woman,” “Terminator: Dark Fate,” and “Warcraft, Kong: Skull Island,” according to the company.