Boram bought the 9.5 billion Korean won ($8 million) building in the trendy Seoul suburb of Gangnam earlier this year, through the Boram Family company, which was set up by the YouTuber’s parents, according to a public real estate registration document.

In one of her most popular clips, which attracted over 376 million views, Boram makes instant noodles using a plastic toy kitchen and then enthusiastically slurps them down on camera.

But some of Boram’s content has attracted controversy in South Korea for the values it promotes.

In 2017, non-governmental organization Save the Children received complaints from citizens in South Korea who were worried Boram’s clips could negatively impact the emotional and ethical development of young viewers.

They were especially concerned by staged clips that showed Boram stealing money from her father’s wallet and appearing to drive cars on the road, the organization’s advocacy department manager Koh Woohhyun told CNN.

Save the Children reported her videos to the police. The Seoul Family Court ordered Boram’s parents to complete a counseling course designed to prevent child abuse.

The offending clips have since been taken down, Koh said.

CNN has reached out to Boram’s representatives and YouTube for comment but had not heard back at the time of publishing.

Boram becomes a superhero and saves her friends 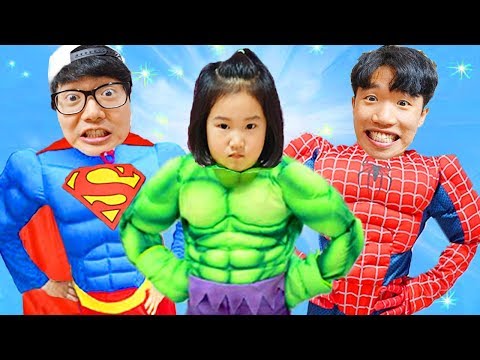 The big business of child stardom

According to Forbes, the highest earning YouTuber last year was seven-year-old Ryan Kaji, the American star of Ryan ToysReview. In 2018, he earned an estimated $22 million through his channel, which has attracted over 20.8 million subscribers.

Other young stars include five-year-old American Tydus, who appears on his family’s YouTube channel Trav and Cor, which has 3.1 million subscribers.

YouTubers make money in a number of ways, including through taking a cut of the ads that play on their videos, and by partnering with brands to sell merchandise or include products in their content. Boram, for instance, sometimes links out to products featured in her video reviews.

In the past, some people have raised concerns over how YouTube handles videos that feature children.

In February, YouTube decided to switch off comments on videos of minors after accusations that the platform had aided pedophiles in finding clips of children.

At the time, a YouTube spokesperson told CNN Business the company had reviewed and removed thousands of inappropriate comments, terminated over 400 channels, and removed dozens of videos that included minors.