Nearly 1,000 flights already canceled Tuesday as winter storm rolls through the US
China's economic activity expands for the first time in months as Covid 'exit wave' ends
A radioactive capsule is missing in Australia. It's tiny and potentially deadly
Something isn't loading properly. Please check back later.

Sony releases a Walkman for its 40th anniversary

The Sony Walkman is back.

The electronics maker will release a new version of its revolutionary portable music player, it announced Friday at IFA 2019, a leading annual consumer electronics trade show in Berlin.

First released in 1979, the Sony TPS-L2 Walkman was the first truly portable personal cassette player and changed the way we listen to music. Sony has since released various iterations of its Walkman, but it’s gone the extra mile with this special 40th anniversary edition. 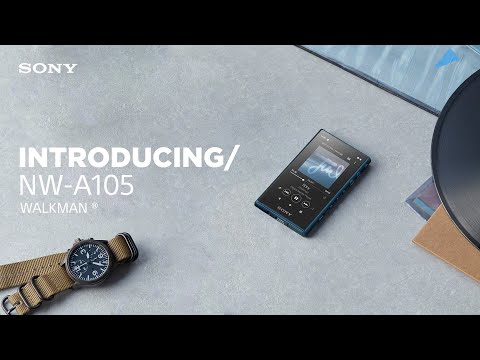 The Sony NW-A100TPS Walkman has a 40th anniversary logo printed on the back, and it comes with a specially designed case and package that pay homage to the original TPS-L2 Walkman. It also has a unique cassette tape interface for those who want to take a trip down memory lane.

There will also be a cheaper version without any 40th anniversary branding called the Sony NW-A105 Walkman, the company said.

Powered by Android, the new Sony Walkman comes with a slew of features for audiophiles. It has an S-Master HX digital amplifier to deliver high-resolution audio and reduce distortion, a DSEE HX processor to upscale compressed audio and even a vinyl processor to give digital tracks the character of vinyl.

It also has up to 26 hours of battery life, which is more than most smartphones can provide. And it is built for the future, with a USB-C port for connections. Its cost and release date haven’t officially been announced.

And while smartphones have largely replaced the need for dedicated music players such as the Sony Walkman, the product still has its fair share of dedicated users.