LEGO just came up with a way that you never have to step on another LEGO brick in your home again ⁠— and you can feel good about ditching the toy pieces.

The LEGO Group announced a pilot program Tuesday that lets you send used pieces to be donated to children’s nonprofits in the US. 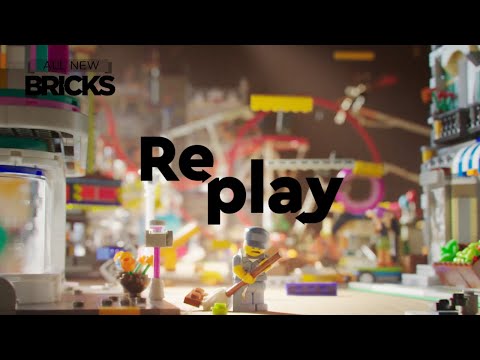 Gather the LEGO bricks, sets or elements that you want to part with; put them in a cardboard box; and print out a free shipping label from the LEGO Replay website. At the Give Back Box facility, they’ll be sorted, inspected and cleaned.

“We know people don’t throw away their LEGO bricks,” Tim Brooks, vice president of environmental responsibility at the LEGO Group, said in a Tuesday news release. “The vast majority hand them down to their children or grandchildren. But others have asked us for a safe way to dispose of or to donate their bricks. With Replay, they have an easy option that’s both sustainable and socially impactful.”

LEGO Replay is a collaboration with Give Back Box, Teach For America, and Boys & Girls Clubs of Boston. The groups later connected with Give Back Box, a charity that recycles 11 million tons of unused clothing, footwear and other textiles that end up in landfills each year, the news release said.

Many of the donated LEGO bricks will end up with Teach For America to be given to thousands of classrooms across the country. Others will go to Boys & Girls Clubs of Boston for after-school programs.

The first shipments are expected to reach the nonprofits next month, and the pilot program will end in spring 2020. The LEGO Group will consider expanding it then.

“Learning through play can have a tremendous impact on a child’s cognitive development,” Susan Asiyanbi, Teach For America’s chief operating and program officer, said in the news release. “But not everyone has access to such resources. LEGO Replay, and the instructional resources they provide educators, will help give more students access to this opportunity.”

LEGO Replay is also part of the company’s effort to go green. Most pieces are plastic, and this gives a chance for them to be recycled or reused.

In 2015, LEGO announced it would invest $150 million over 15 years to make its pieces and packaging better for the environment.

“Our mission is to make all LEGO bricks sustainably by 2030. Why? Because being sustainable is good for the planet!” the company’s website says. “We want to make bricks out of things that we can grow again or are recycled.”