It wouldn’t be Thanksgiving season without some serious travel complications, and it looks like two big storms are ready to snarl holiday travel in the Midwest and Western US.

Here’s what else you need to know to Get Up to Speed and Out the Door. (You can also get “5 Things You Need to Know Today” delivered to your inbox daily. Sign up here.)

If the House of Representatives wants to impeach President Trump, it won’t get the White House’s help. The White House sent a blistering letter to House leaders saying the Trump administration won’t cooperate in the impeachment inquiry, calling the whole thing an illegitimate and unconstitutional effort to overturn the results of the 2016 election. Earlier in the day, the State Department had blocked Gordon Sondland, US ambassador to the European Union, from testifying before Congress about the Ukraine controversy. Sondland is now being subpoenaed.

Twenty-two years ago today Hong Kong was handed over to China by the British. Protesters marked the anniversary by trying to smash their way into Hong Kong’s government headquarters. Young, masked protesters used metal bars and trolleys as battering rams to try to break the doors of headquarters as riot police watched from the inside. Hong Kong has been in political crisis for weeks after mass demonstrations started over a controversial extradition bill. The city’s chief executive has pulled the bill, but the protests have continued. Click here to keep up with the latest on today’s unrest.

Turkey said its military will cross the border into northern Syria “shortly.” That comes from a tweet sent out early this morning from Turkey’s communications director. After President Trump this week agreed to move US troops out of that part of northern Syria, Turkey basically has a green light to attack Kurdish forces, which Turkey considers a threat. Critics on both the political left and right say Trump’s decision to abandon the Kurds, who were instrumental in the fight against ISIS, is a betrayal.

Video Ad Feedback
Is Turkey about to massacre Kurds at its border?
02:33 - Source: CNN

Utility giant Pacific Gas & Electric started shutting off the power early this morning in parts of Northern California in an effort to prevent starting a wildfire. Almost 500,000 customers are in the dark right now. Another 300,000 will lose power later in the day. The electricity could be off for days. Forecasters warn that many parts of Northern California are under extreme fire weather danger, with windy and dry conditions forecast for the region. PG&E equipment started the deadly 2018 Camp Fire, a state investigation found, after a power line touched nearby trees. So, the extreme measure of shutting off the power is being used to try to prevent future blazes.

Violent protests have raged for days in the Ecuadorian capital of Quito. It’s so bad that the country’s President says he’s moving the government out of town. President Lenin Moreno announced earlier in the week that government business will be conducted in the southern city of Guayaquil. People have been protesting his plan to end state fuel subsidies. It’s unleashed the wrath of labor and transport unions, which have called for a nationwide strike. More than 50 members of the country’s military were held hostage by protesters before they were rescued.

STDs are on the rise in the US. Cases of gonorrhea, chlamydia and syphilis have all risen for the fifth consecutive year, a new report from the Centers for Disease Control and Prevention says. Possible factors driving this rise include a surge in people getting tested and cases being diagnosed and reported. There’s also a decline in people using condoms. The number of antibiotic-resistant gonorrhea cases is also growing. Alaska has the highest number of chlamydia cases, while Mississippi has the highest rates of gonorrhea. Nevada has the highest rates of primary and secondary syphilis.

The Nobel Prize in Chemistry was awarded to a trio of scientists for their work on the development of lithium ion batteries. One of the winners, American John B. Goodenough, is the oldest person to ever be awarded the prize.

Room with a view

Goodyear has listed its famous blimp on Airbnb – but only for three nights.

A tour of the world’s 50 best bars of 2019 would take you to 26 cities across 21 countries. But the top pick might take you back in time.

20. Paradiso, Barcelona, Spain: Giacomo Giannotti's Paradiso is a Mediterranean-style speakeasy, entered through the freezer door of a pastrami bar.
Paradiso/The World's 50 Best
19. Salmon Guru, Madrid: This salmon has certainly leaped upstream. Madrid's Salmon Guru jumped 28 places this year, earning the title of Highest Climber.
Salmon Guru/The World's 50 Best
18. Bar High Five, Tokyo: Japan's best bar, Bar High Five is located in Tokyo's ritzy Ginza neighborhood. It's known for offering classic cocktails with surprising innovation.
Bar High Five
17. Himkok, Oslo: A menu of Nordic-inspired cocktails has taken Himkok up two spots to number 17.
From Himkok
16. Three Sheets, London: This stripped-down East London venue has just three cocktail sections, hosting three drinks each based on strength and flavor.
Three Sheets/The World's 50 Best
15. Guilhotina, Sao Paulo, Brazil: Bartender-owner Marcio Silva is at the helm of this unpretentious, informal bar which opened back in 2016.
Guilhotina/The World's 50 Best
14. Katana Kitten, New York: A Japanese-style bar in the West Village, Katana Kitten is this year's Best New Opening. Cocktail veterans (L-R) Masahiro Urushido, Greg Boehm and James Tune are behind it.
The World's 50 Best
13. Carnaval, Lima: Debuting at No.13, Carnaval is this year's Highest New Entry. It has its own ice room, stocked with 20 types of ice designed by an ice chef.
Carnaval/The World's 50 Best
12. Native, Singapore: This innovative venue experiments with local ingredients such as pandan and laksa leaves in its laboratory before transforming them into unusual but delicious cocktails.
Courtesy Native
11. Manhattan, Singapore: The Manhattan Bar is a plush venue within Singapore's Regent Hotel. Its cocktail menu includes, inevitably, a version of the classic Manhattan based around Michter's Single Barrel Rye and house-made cherry brandy.
Courtesy Worlds Best Bar Awards
10. Licoreria Limantour, Mexico City: A favorite with the international crowd, Mexico City's Licoreria Limantour has been on the World's 50 Best Bars list since 2014.
Courtesy Licoreria Limantour
9. The Old Man, Hong Kong: Last year's highest new entry, The Old Man is a tiny Ernest Hemingway-inspired venue presided over by head bartender Agung Prabowo.
The Old Man/World's 50 Best Bars
8. Atlas, Singapore: Gin specialist Atlas, awarded Best Bar in Asia, is one of six bars from Singapore on this year's list.
From Atlas
7. Attaboy, New York City: This New York institution has appeared in the 50 Best Bars list all of the six years it's been open.
Attaboy
6. The Clumsies, Athens: This endearingly named Athens bar takes its moniker from the "generous serving of favorite mistakes" that make up its menu mission statement.
KAPLANIDIS
5. American Bar, London: The 2017 best bar winner, The American Bar at the Savoy was named Legend of the List in 2019. The iconic venue is one part swanky hotel, two parts classic Art Deco and three parts hard work -- all mixed up for more than 125 years.
Savoy
4. The NoMad, New York: New York's NoMad Bar aims to emulate a classic NYC tavern. It's one of six New York bars to make the list.
Francesco Tonelli/Photography: © 2014 Francesco Tonelli
3. Floreria Atlantico, Bueno Aires: Hidden behind a florist, Floreria Atlantico is a Latin American take on a classic speakeasy.
From Floreria Atlantico
2. Connaught Bar, London: At number 2, the Connaught Bar is located in the upscale hotel of the same name in London's wealthy Mayfair district.
Connaught Bar
1. Dante, New York City: This classic Greenwich Village venue first opened 104 years ago as an Italian cafe.
From Dante

Alec Baldwin may be a native New Yorker, but even he got pulled in by this classic NYC scam.

Judging the NBC singing contest and performing her Las Vegas show were just too much. So, Gwen Stefani is leaving “The Voice” behind – for now.

“The easiest thing to do in the face of uncertainty is to put investment projects on hold. And that’s what we’re seeing in the United States and all around the world.”

The average price of regular gas, per gallon, in California. That’s the highest level in more than five years.

Video Ad Feedback
Why the US has a huge stash of emergency oil
01:36 - Source: CNN Business 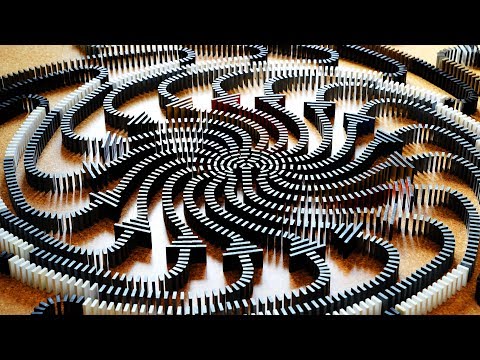 It took five days to set up these 24,000 dominoes. They’ll come down in less than three minutes. (Click to view.)