You can now hear a bit of legendary musical history.

Video for the demo of Bob Dylan singing with Johnny Cash on the latter’s hit song “Wanted Man” was released on YouTube Monday.

Dylan wrote the song for Cash in 1969, and Cash recorded it on his live album, “At San Quentin,” that same year.

At the beginning of the recording you can hear the country star’s wife and fellow singer, June Carter Cash, talking. 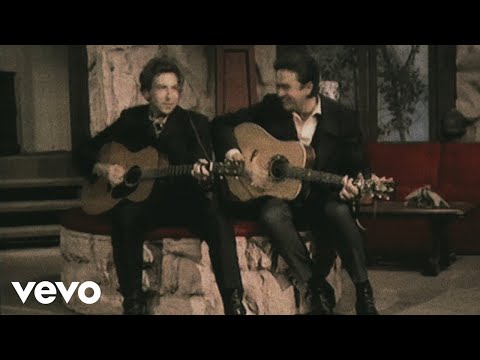 “Honey, I don’t want to interrupt your train of thought, but be sure that Bob puts the melody to that song, that ‘Wanted Man,’” she said. “You forgot the melody.”

If you listen closely, you can hear Cash flubbing exactly where the “Wanted Man” is wanted and chuckling at his mistakes.

According to Rolling Stone magazine, fellow singer-songwriter Carl Perkins can be heard playing guitar on the demo, which will be featured on the forthcoming box set “Bob Dylan (Featuring Johnny Cash) – Travelin’ Thru, 1967-1969: The Bootleg Series Vol. 15.”