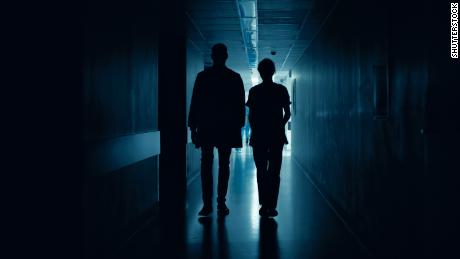 So-called virginity tests are unreliable, invasive and sexist. And yet they persist

(CNN)The comments, as soon as they made the rounds, were met with swift condemnation: Rapper T.I. says he takes his daughter to the gynecologist after each birthday to determine if she's a virgin.

Celebrities and the Twittersphere howled in disbelief. Human rights advocates and doctors tut tutted their disapproval. The hosts of the podcast Ladies Like Us, where T.I. made the remarks, distanced themselves. (CNN could not reach T.I. for comment.)
As doctors and scientists will tell you, there is no test or exam that can reliably and accurately determine whether a girl or a woman has had sex -- and consequently assess whether she's a "virgin." The very idea of such a test is sexist.
And yet, according to the UN, the practice of so-called "virginity testing" has been documented in at least 20 countries around the world.
Among them, the United States.
Read More
A recently published investigation by Marie Claire and the Fuller Project found physicians in the US still receive requests to perform virginity tests.
And there are no clear guidelines from major US medical organizations on how doctors should address it -- perhaps because, as the American College of Obstetricians and Gynecologists implies, it's a procedure that's not medically valid.
"Anybody who perpetuates the idea that virginity has anything biological to do with it is incorrect and they should be told that," Jennifer Gunter, a gynecologist who writes about women's health issues, told CNN.
"Virginity is a patriarchal, social construct. So keep medicine out of it."
<div class="zn