What Bernie Sanders and Ted Cruz supporters have in common

Opinion by Julia A. Minson, Charles A. Dorison and Todd Rogers

Like many Americans, you may have tuned in to watch President Donald Trump give his inaugural address. Or, maybe like others, you may have avoided it entirely, for fear of how it would make you feel.
As behavioral scientists aiming to understand what drives political division, we saw this as a perfect opportunity to conduct an experiment. Seconds after the address ended, we used an online platform to recruit over 200 Americans who had voted for Hillary Clinton to participate in a survey.
Charles A. Dorison, Julia A. Minson and Todd Rogers
We first asked the voters to predict how they expected to feel if they were to watch the 17-minute inauguration address (which most of them had avoided doing), by checking off which emotions they would experience and how strongly. We then asked them to watch the entire address and report how they actually felt by considering the same emotions again.
A few hours and a collection of angry emails later, we had our results: It turns out, listening to Trump's inaugural address wasn't as bad an experience for them as the Clinton voters had predicted. While our participants may not have been persuaded by many of Trump's arguments, they ended up agreeing with more of his speech than they expected going in. Indeed, participants reported that the experience was better than expected 61% of the time, exactly as expected 11% of the time and worse than expected just 28% of the time.
Read More
To us, this study suggested that political disagreement might not elicit as much negative emotion as people typically expect it to. It also provided a small window into how Americans could begin to bridge divides by exposing themselves to contrary political positions. 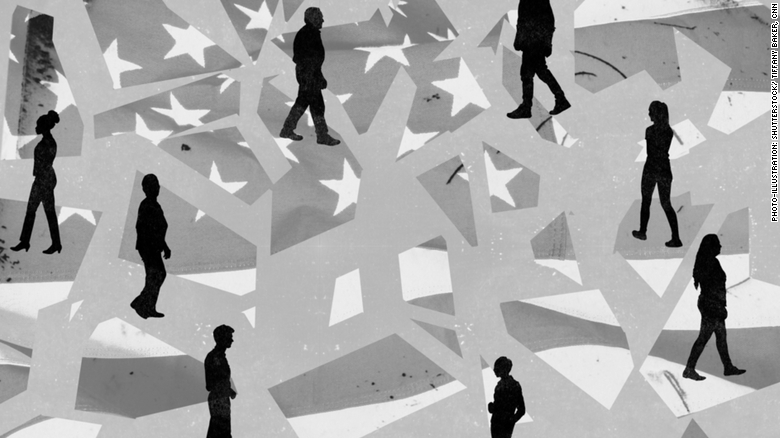 You may think you know what someone from another political party believes. But do you really? Take this quiz to find out.

Of course, one study was not enough to fully convince us. Maybe it was just something about this speech, or this day? Isn't it the case that any president has a team of professional writers crafting speeches that would have broad appeal?
To test this possibility, in a new study we collected 15 arguments from Trump supporters and showed them to 400 liberal participants. Again, we found the same pattern: While the liberal participants didn't find the experience overall pleasant, it wasn't as negative as they expected going in. The majority of participants experienced stronger positive emotions and weaker negative ones than they expected.
Still skeptical of our own results, we then conducted a follow-up study in which 200 liberals and 200 conservatives watched speeches by opposing-party senators (Ted Cruz and Bernie Sanders). Here as well, listening to the other side turned out to be more tolerable than the partisans expected.
Importantly, the result was true for both sides -- liberals (watching Cruz) and conservatives (watching Sanders). A couple more variations later -- with a new set of speeches and a few new batches of participants -- we were convinced.
The question was -- why was this happening?
Your stories: Fix America's divide or we're doomed to fail
Individuals tend to avoid information that contradicts their prior beliefs. This phenomenon, called selective exposure, plainly means that people choose to only expose themselves to content they expect to agree with. Think of your conservative uncle who only watches Fox News, or your liberal nephew who listens exclusively to NPR.
In a recent study, conducted by researchers Jeremy Frimer, Linda Skitka and Matt Motyl, about