Sondland a day after Trump Ukraine call: US will increase support of Ukraine if it undertakes ‘promised’ reforms

US Ambassador Gordon Sondland said in an interview a day after President Donald Trump’s July phone call with Ukraine’s leader that the United States would increase its support of the country if it undertook “promised” reforms.

Sondland, the US ambassador to the European Union, did not specify in the July 26 interview with Radio Liberty what those reforms were, only saying there was a “long list of reforms” and that Ukraine’s President Volodymyr Zelensky would need to show “political will” to undertake them.

Sondland is set to testify publicly before the House Intelligence Committee on Wednesday, where he is at the center of allegations that the Trump administration withheld military aid to Ukraine as a way to pressure the government into announcing investigations into Trump’s political rivals, namely former Vice President Joe Biden, and a debunked conspiracy theory that Ukraine was behind the hack of the Democratic National Committee in 2016.

Gordon Sondland, the United States Ambassador to the European Union, addresses the media during a press conference at the US Embassy to Romania in Bucharest September 5, 2019.
DANIEL MIHAILESCU/AFP/Getty Images

The July interview, which has not been widely reported on, was surfaced by CNN’s KFile as part of a review of Sondland’s public comments about Ukraine. Sondland’s comments in the interview shed new light on his mindset around the time of Trump’s July 25 phone call with Zelensky. Sondland spoke with Trump before and after that call, according to congressional testimony and an interview with Ukrainian television.

Sondland’s interview shows that “promised” reforms were front and center – though it’s unclear whether Sondland was referring to Zelensky’s promises to the Ukrainian people or his willingness to give in to Trump’s demands. Zelensky campaigned on promises to reform Ukraine and rein in corruption, which has plagued the country for years. Sondland’s public comments in the interview were the same exact day he privately told Trump that Zelensky “loves your ass” and is “gonna do” the investigation into Biden, according to congressional testimony.

“We have a team in Washington with the State Department at the White House that are all focused on all different aspects of the Ukraine relationship: military energy, economics, politics, everything,” Sondland said on Radio Liberty, a US government-funded station that airs in Eastern Europe. 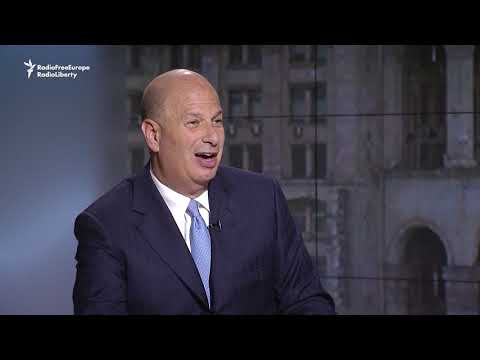 Asked about what specific reforms, Sondland said, “There’s a long list of reforms, but you know, the good news is, they’re not, in many cases, difficult and they need political will. And I believe that President Zelensky is just the person to not only show the political will, but to execute. Execution is key. Talking is good, execution is better.”

Earlier in the interview, Sondland said, “We have a whole list of issues that we’re working on with Ukraine…energy security, war, the team that President Zelensky is putting together around him, the rule of law, Naftogaz, all kinds of things.”

Naftogaz, Ukraine’s national oil and gas company, is relevant to the impeachment inquiry for a few reasons. Energy Secretary Rick Perry pushed Ukraine to change the company’s supervisory board that provides oversight and two associates of Trump’s lawyer Rudy Giuliani sought to change leadership at the company. Democrats want to know if Trump was involved in these efforts and if they were meant to advance anyone’s personal business interests, not US national interests.

A handful of US officials testified on Capitol Hill that Zelensky was seen as someone who could deliver on his promises to root out corruption. But the situation was still fluid at the time of Sondland’s interview: Zelensky had been elected, and his party won a majority in parliament, but US diplomats and officials were waiting to see the concrete actions Zelensky would take. Since then, he has signed several landmark anti-corruption bills into law. 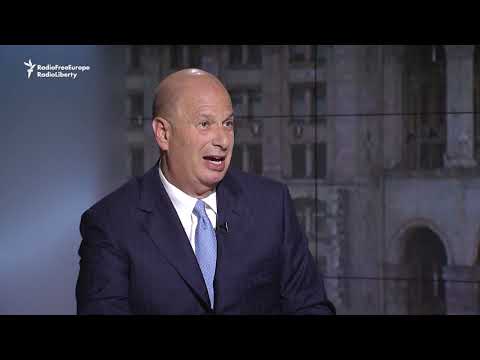 During Trump’s July 25 phone call with Zelensky, Trump repeatedly pushed the Ukrainian President to investigate Biden and asked the Ukrainian leader to work with Giuliani and US Attorney General William Barr on the issue. Zelensky told Trump in response that he would “guarantee” that “all the investigations will be done openly and candidly.”

A witness has testified that they overhead Trump on the phone ask Sondland the next day, on July 26, whether “the investigation” he wanted would be announced, with Sondland replying that it would, adding earlier the Ukrainian President “loves your ass.”

Sondland and US special envoy to Ukraine Kurt Volker met with Zelensky and his staff earlier on July 26.

In a previously reported interview on July 26, Sondland said Trump gave him special assignments, including Ukraine.

“President Trump has not only honored me with the job of being the US ambassador to the EU, but he’s also given me other special assignments, including Ukraine,” he told a Ukraine media outlet.