There’s talk of a new Cold War. But China is not the Soviet Union

In the battle for global dominance, all eyes are on China and the United States.

With a new decade of competition looming, Washington is pushing back hard against Beijing across a range of fronts, including trade, military and diplomatic matters.

For some the tensions are reminiscent of the Cold War, the almost 50-year conflict between the Soviet Union and the US which defined much of the 20th century.

But this is not the Cold War – and the People’s Republic of China is not the USSR.

Three decades after the Soviet Union collapsed in 1991, China is now richer and more stable than its powerful communist predecessor ever was – giving it enormous global sway.

In fact, China’s economy is expected to overtake the US by most economic measures by 2030, according to Herve Lemahieu, director of the Sydney-based Lowy Institute Asian Power and Diplomacy Program.

A lot of this success is down to a reinterpretation of traditional ideology. Since the death of founder Mao Zedong in 1976, the ruling Communist Party has slowly moved to embrace aspects of capitalism, in an ideological construct known locally as “socialism with Chinese characteristics.”

Rather than ending up an anachronism of an outdated communist system, China’s planned economy has been used to dramatically bolster state-owned enterprises, now some of the largest companies in the world.

China has tried to avoid falling into a trap of rapid, unsustainable military growth. While it has still steadily grown and modernized its military, the country has managed to keep its spending far below the exorbitant levels of the Soviet Union, at least publicly.

In 1989, just before the government collapsed, the Soviet Union was revealed to be spending about 8.4% of its national GDP on the military, or over 15% of its national budget. In comparison, despite regular jumps in China’s national defense budget, it still only sits at 1.9% of the country’s total GDP.

As a result, China is far more economically powerful in 2019 than the Soviet Union ever was. “During the Cold War in the 1980s, the Soviet Union had a smaller economy than Japan,” Lemahieu said.

The Soviet Union was a bold, expansive military power, and by the 1980s it had tens of thousands of military personnel and weapons posted “in every major region of the world,” according to US government reports.

By comparison, China has appeared to show little interest in expanding far outside Asia. While it has dramatically expanded its economic and diplomatic reach in recent years, the country’s military has opened just one international base – in Djibouti, on the northeastern tip of Africa.

That isn’t to say that Washington and Beijing don’t engage in military brinksmanship. It’s just far more localized to Asia.

Both sides have accused the other of provoking a military confrontation in the South China Sea through a rapid militarization of the region. When the US deployed a THAAD missile defense system in South Korea in 2017, relations between Seoul and Beijing went into a deep freeze.

While the threat of nuclear war also hung over the world during the Cold War, the situation with China is markedly different.

But there have been early signs that tensions over nuclear issues could grow again.

In early August, the US officially withdrew from the Intermediate-Range Nuclear Forces Treaty (INF) with Russia which had limited the development of ground-based nuclear missiles. The US wanted Russia and China to join them in working out a new treaty – but Beijing said no.

“If the US deploys missiles in this part of the world, at the doorstep of China, China will be forced to take countermeasures,” said Fu Cong, Director General of the Chinese Foreign Ministry’s Arms Control Department, on August 6.

During the Cold War, Moscow and Washington operated in separate trading spheres, competing against each other for trade from third parties.

In the modern global economy, however, relationships are far more intertwined. China is the largest trading partner for dozens of countries across the world, including major US allies like Australia, Japan and New Zealand.

“You might be an ally of the US in a security sense and consider China to be your most important trading partner. There are no clear blocs anymore, that’s not how this will work,” Lemahieu said.

Even at home, there are many more trade links between the US and China today than there were between Washington and Moscow. US President Donald Trump has long complained about the trade deficit with China, accusing Beijing of creating an unfair advantage for its own companies. In response, he kicked off a trade war in June 2018, placing tariffs on hundreds of billions of dollars in goods from China.

But with the US and China exposed to each others’ fiscal setbacks, further economic competition won’t be a simple win-or-lose proposition, as with the Soviet Union.

“During the Cold War we weren’t dealing with an interdependent global economy but essentially two major blocs that were more or less self-dependent in terms of their economic well-being,” Lemahieu said.

Any prolonged economic conflict could be a zero-sum game for both the US and China, Lemahieu said, dragging down both economies and causing repercussions across the world.

“You might be able to hit China to such an extent that by 2030 its economy is 8% smaller, but then the US would also take a hit. It could be about 3.3% smaller,” he said.

“I’d say the economics and the scale favors China rather than the US.”

While the US could argue the Soviet Union was a clear threat to world security, the case against Beijing is far less simple. In fact, some countries are finding China’s offers of financial support with no political interference an attractive option.

“China has played the card that the US tried to mold the world in their image, while (Beijing) are just wanting to trade. Your government and your country is your own sovereign question and we have no say,” Schuster said. “That’s very compelling.”

Balancing political and economic considerations has already led to divisions between the US and its previously close Cold War allies. In 2018, for example, former CIA analyst Peter Mattis gave testimony at a US congressional committee which suggested New Zealand’s role in the well-established global Five Eyes alliance should be reviewed.

Comprising the US, Australia, Canada, the United Kingdom and New Zealand, the intelligence gathering network traces its origins to World War II and remains a powerful diplomatic bloc. However China is now the largest trading partner for two out of the five members – Australia and New Zealand – and a major part of the economy for the other three.

In his 2018 testimony, Mattis said relations between the US and its partners had grown more complicated since the Cold War, when there were two very distinct global spheres – one communist, one capitalist.

The US has certainly been ramping up the rhetoric of late. Washington this year lobbied hard to stop countries from using technology from Chinese giant Huawei to build 5G networks over alleged security concerns.

Huawei has repeatedly denied the allegations, saying that there is “no proof” the Chinese government has any influence over it. 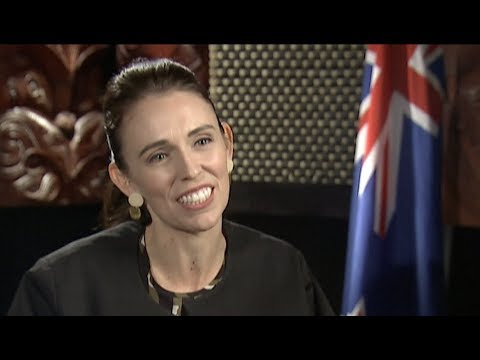 Australia was the first to ban Huawei from its 5G network. New Zealand has enacted a partial ban, while the UK is still deliberating.

US Secretary of State Mike Pompeo has even threatened to stop other US partners from receiving sensitive intelligence if they didn’t comply. “It makes it more difficult for us to partner alongside them,” Pompeo said in February.

Despite the partial ban, New Zealand Prime Minister Jacinda Ardern told Chinese state-run media CGTN in April that the company was still welcome in her country.

Schuster, formerly of the US Pacific Command’s Joint Intelligence Center, said such public divisions among Washington’s close allies didn’t bode well for any ambition to build a united global front against China.

“If the US can’t convince the Five Eyes, the odds of successfully persuading any others not immediately and directly threatened by China will be quite small,” he added.

When the first unmanned rover touched down on the far side of the moon in January 2019, neither Soviet nor US-made treads disturbed the lunar dust. They were Chinese.

Fifty years after the US beat the Soviet Union to the moon, the space race is on again. Only this time it’s the US and China aiming to be the next country to successfully land a person on the moon.

The new lunar race is symbolic of so much in the new state of relations between the two countries. China has caught up to the US quickly – when US astronauts landed on the moon in 1969, China’s space agency hadn’t even launched a satellite – and is now hoping to overtake it.

But even in space, the relationship is a lot more complicated than the hyper-competitive attitude of the 1960s. In fact, NASA cooperated with China’s National Space Administration to monitor the Chang’e probe when it landed on the far side of the moon in January.

Speaking to the state-run China Daily in January, former NASA chief Charles Bolden said he was hopeful US government restrictions on working with China would be lifted, allowing for more space cooperation. “We look at (the Chang’e probe landing) as an achievement for humanity,” he said.

Former CIA analyst Mattis, who at the time was a visiting fellow at the Australian Strategic Policy Institute, told CNN that any mass move by the US government to confront China would require a marked shift from the status quo.

“Waging the Cold War required 10 years of government reform, massive policy debates and led to tens of thousands of US citizens dead in places all over the world – hundreds of thousands, or millions, dead in places like North Vietnam and spread out around the world,” he said.

And with memories of the true costs of the Cold War still burning, Mattis said it was understandable if US policymakers were reluctant to engage.

“The scope of it is huge,” he said. “But what sort of costs are we actually prepared to take?”