A Florida man was arrested on Wednesday night for pointing lasers at planes trying to land at Sarasota-Bradenton International Airport.

CNN could not determine if Chapman has a lawyer.

According to the release, the helicopter spotted Chapman on a forklift and requested authorities to surround the location. Deputies tased Chapman after they allege he “grabbed a hammer and made a striking motion” towards them when they made contact with him. The release says a laser pointer was found in Chapman’s right pants pocket. 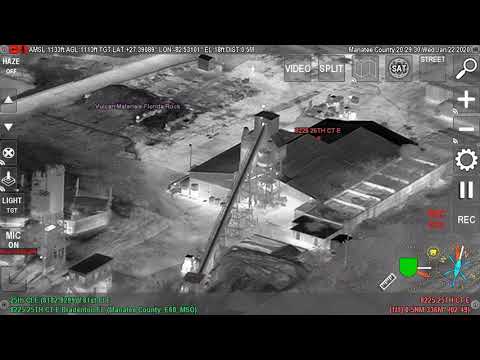 A video released by the Manatee Sheriff’s Office shows a man pointing a laser at an aircraft and he is later seen attempting to throw objects at the same aircraft.

“Chapman shot his laser pointer on a fixed wing plane four times and one time at the MCSO helicopter,” Manatee County police said in the release.

One of the pilots who Chapman is accused of aiming a laser at said he was hit in the eye and is having vision problems as a result of the incident, according to the release.

Chapman was transported to the Manatee County Jail.

CORRECTION: An earlier version of this story incorrectly reported which county owned the helicopter that was allegedly targeted by Chapman.