Michael Bloomberg gets under Donald Trump’s skin. He knows it – and loves it.

Witness this latest ad from the billionaire in support of his 2020 Democratic presidential campaign:

The Only Job | Mike Bloomberg for President 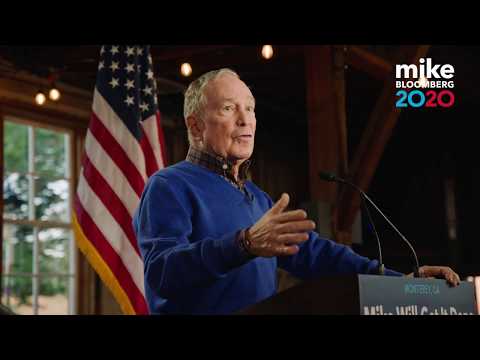 Ostensibly the ad is designed to address the criticism of the fact that Bloomberg, as mayor of New York City, hired Trump to build a golf course. “That’s true,” Bloomberg says in the commercial. “But he was the only bidder and running a golf course is the only job I would hire him for.”

But that’s not the real goal of the ad. The real goal is to troll Trump over his appearance – as there are several still photographs of Trump on the golf course shown on screen, all of which make the President look, well, large.

Trump, as Bloomberg well knows, is decidedly vain and appearance focused. There is nothing that will bother Trump more than seeing an ad like this that is clearly intended to make Trump look out of shape and sort of bumbling. (One image shows Trump climbing up a hill at a golf course on all fours.)

Think that’s not what Bloomberg is up to? Consider this: When asked why Bloomberg had made the decision to drop $10+ million on a single 60-second ad during the Super Bowl, a campaign spokesman told The New York Times: “The biggest point is getting under Trump’s skin.” Imagine dropping $10 million to annoy the President?!

There’s evidence that trolling Trump is working for Bloomberg. Despite the fact that the former New York City mayor has yet to break into solid double digits in any national polling (he’s getting close), Trump has repeatedly attacked Bloomberg via Twitter.

“Mini Mike Bloomberg doesn’t get on the Democrat Debate Stage because he doesn’t want to - he is a terrible debater and speaker,” Trump tweeted of Bloomberg earlier this month. “If he did, he would go down in the polls even more (if that is possible!).” Days later, Trump referred to Bloomberg as the “biggest clown of them all.”

Why does Bloomberg bother Trump so much? Because Trump primarily judges worth by wealth. And Bloomberg, whose estimated net worth is $60.5 billion, is much, much richer than Trump. He, like Trump, is also a New Yorker. And spent more than a decade as mayor of the city. The two men have known one another for decades. Looking at Bloomberg’s resume, it’s almost as if he was made in a lab to create maximum irritation to Trump.

There’s also a defensible – if far from certain – strategy in Bloomberg as chief Trump troll. And it goes like this: No race against Trump will ever be decided on policy grounds. Trump will turn everything into a knife fight, doing and saying whatever it takes to win. In order to have a chance in that sort of Thunderdome, you have to be willing to play just as rough. And to demonstrate that you can get to Trump, make him mad, put him off his stride.

Bloomberg, in this ad and in his campaign more generally, is putting himself forth as the person best equipped to do just that: Troll Trump into defeat.