It wouldn’t be Thanksgiving season without some serious travel complications, and it looks like two big storms are ready to snarl holiday travel in the Midwest and Western US.

Here’s what you need to know to Get Up to Speed and Out the Door.

A Chinese doctor who tried to warn the public about the Wuhan coronavirus has died of the disease. Li Wenliang told colleagues about the presence of the virus all the way back in December but was accused of rumor-mongering by Wuhan police after his messages were posted on social media. Li is being hailed as a hero, and his death has sparked anger among Chinese citizens, who say they feel like they were lied to and Li was unfairly attacked for speaking out. Li’s death comes as China prepares to ramp up its response to the virus, which has topped 30,000 cases. Officials said every household in Wuhan will be checked for people with symptoms, and anyone affected will be sent to one of more than 130 quarantine centers in the city.

Things are still extremely messy on the campaign trail following this week’s Iowa caucus debacle. Both Pete Buttigieg and Bernie Sanders claimed victory after the remaining neck-and-neck votes rolled in. (Buttigieg edged out Sanders in the final vote count by a mere one-tenth of a percentage point.) Democratic National Committee Chair Tom Perez has called for a complete recanvass of Iowa results. A recanvass wouldn’t mean a total re-do, just that all the numbers released by the state party would be checked against the results recorded at caucus sites. Either way, it would mean more time spent on Iowa while the New Hampshire primary, the next key contest, is just days away.

President Trump spoke publicly for the first time about his acquittal in the impeachment trial, and it wasn’t pleasant. In remarks at the White House, Trump rattled off a long list of political opponents, insulting each one in turn: Nancy Pelosi was a “horrible person,” FBI leaders were “top scum,” and FBI officials Lisa Page and Peter Strzok were “two lowlifes.” It was just a taste of what the political landscape may look like now that the historic impeachment proceedings are over. While some Republican leaders had hoped the outcome would chasten the President, Trump instead seems emboldened by the acquittal. And remember, the Senate vote didn’t just acquit the President. As CNN’s Stephen Collinson writes, it also effectively strengthened the office of the presidency by endorsing the use of institutional power for personal political ends and allowing a President to ignore a congressional investigation.

Three Palestinians were killed in clashes in the West Bank and 12 Israeli soldiers were injured in a ramming attack in Jerusalem in a spate of renewed Mideast violence. The attacks are among a series of incidents in recent days that have led to casualties on both sides and further strained security coordination between Israel and the Palestinian Authority. Tensions in the region have been simmering since the Trump administration released its controversial Mideast plan in an attempt to address the long-running conflict between Palestinians and Israelis. Palestinians in particular disapprove of the plan, which they say is racist and panders to Israeli interests.

Wildfires are still plaguing wide swaths of Australia, but a spell of much-needed rain is providing firefighters and residents with some relief. Heavy rains have knocked back the number of active wildfires in New South Wales by almost a third in one day. A large part of Australia’s southeastern coast could see even more rain in the coming days. The wildfires have killed more than 20 people, destroyed millions of acres of land and wiped out about a billion animals across the country since they started all the way back in July.

In case you’ve wanted to live in a universe where brutal war, magical troubled dictators and the destruction of entire planets are everyday threats.

Video Ad Feedback
You can travel to all these 'Star Wars' locations
01:56 - Source: CNN

All the better for dunkin’ donuts, one supposes.

The WWE is having a really hard time making money

The wrestling game just isn’t what it used to be.

Someone filled an Indian town’s well with alcohol, and now beer is pouring from water taps

What some people may consider a dream, in theory, is actually a nightmare in real life.

During his annual State of the Union address, President Trump awarded the Presidential Medal of Freedom to which conservative media personality?

“We recognize that the era of growth at all costs is over.”

Uber CEO Dara Khosrowshahi, during an earnings call in which he revealed Uber lost a staggering $8.5 billion last year.

The approximate number of companies that have signed a letter opposing Tennessee bills that many argue discriminate against LGBTQ people. The collective, known as the Tennessee Businesses Against Discrimination, includes giants like Amazon, Nike and American Airlines. 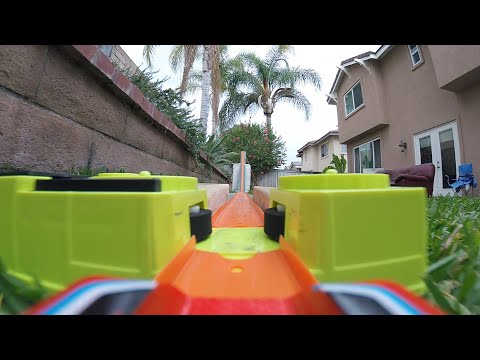 A Hot Wheels-eye view will give you a little bit of that roller-coaster rush without even disrupting your coffee. (Click here to view.)