According to Meghan McCain, “it shouldn’t take a rocket scientist” to know who she is voting for in the next presidential election.

“There’s one man who has made pain in my life a living hell and another man who has literally shepherded me through the grief process,” McCain said Wednesday night during “Watch What Happens Live with Andy Cohen.”

Former Vice President Joe Biden is the presumptive Democratic nominee, and McCain has said in the past that she talks to him “all the time.”

Biden was a close friend of McCain’s late father, Republican Sen. John McCain, and publicly consoled his daughter on her show “The View” back in 2017 when the elder McCain was battling cancer.

In contrast, Meghan McCain and her family have had a contentious relationship with President Donald Trump, who is a Republican like her dad was.

So it made sense that Cohen would ask McCain who she planned to vote for during her appearance on his late night show. 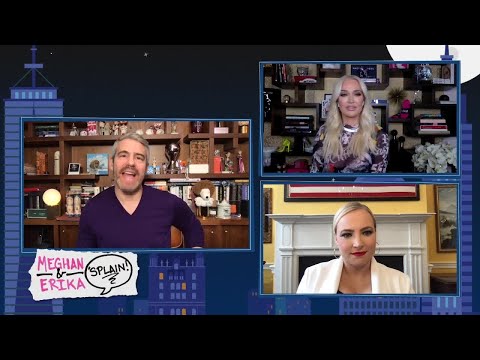 “He said he was going to pick a woman,” Jayne said. “It should be you!”

McCain countered that she didn’t know who Biden would select, noting that it could be California Sen. Kamala Harris.

McCain, who is pregnant, said she loves Biden “dearly,” but, “I’m always like, my heart over my head in so many different ways.”

“The Trumps, they’re always making my mom cry,” McCain said. “I just think politics is personal too and character is really important. And [I want] someone who’s going to tamp down… fear and anger, instead of making it worse.”