Carole Baskin doesn’t appear to be mad at all about being pranked.

The “Tiger King” star fell prey to British content creators Josh Pieters and Archie Manners who tricked her into believing she was being interviewed by late night host, Jimmy Fallon.

“I was suspicious as we were doing it because the questions appeared taped. But had no idea it would turn out to be such a fun prank,” Baskin said in statement to CNN. “It gave us a very welcome good laugh. I appreciate their cleverness and that they created their video in a way that I don’t feel was in any way mean spirited.”

The pair posted a video on YouTube of how they convinced Baskin into believing she was doing what she thought would be her first “live” interview since the release of the “Tiger King: Murder, Mayhem and Madness.”

According to the video Baskin initially declined to chat. 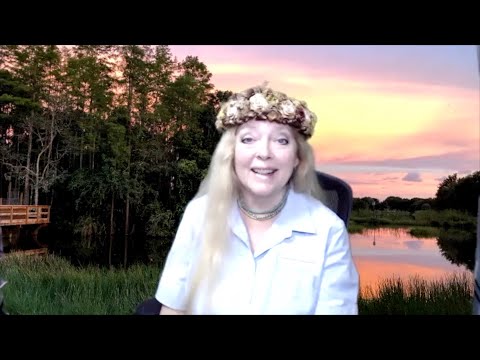 It’s well known that the head of the Big Cat Rescue sanctuary and organization is not a fan of the Netflix docuseries which helped to make her famous.

But she eventually agreed to talk with the understanding they would only talk about her favorite subject - big cats.

Pieters and Manners used pre-recorded sound of Fallon to “interview” Baskin having explained that she would not see the host of “The Tonight Show with Jimmy Fallon” because of the at-home format being used since the pandemic.

Baskin explained that her daughter had convinced her to do the interview and talked about what how they have been faring during the pandemic at the sanctuary she runs.

Baskin said it’s been nonstop for her as usual.

“I work seven days a week,” she said. “But I’m a workaholic so I really love doing this work.”

If you loved 'Tiger King,' here's more WTF (Watch The Fascinating) content for you

Baskin also said the facility had to let half its staff go because of the loss of revenue due to the pandemic.

“Thankfully, all of our animal care is done by volunteers, so the animals are still getting their daily care. But it means all of us are having to work double time to make sure all of that happens,” Baskin said.

The pair of pranksters did give Baskin the opportunity to discuss the Big Cat Safety Act, legislation she’s been advocating for to end the abuse of big cats by their private owners.

“Hey all you cool cats and kittens, there is something you can do to end the abuse of big cats and to save them in the wild and that’s to make the call of the wild,” she said before offering up a number people could text to let their legislator know they supported the act.